British Industrial Steam in the 1960s 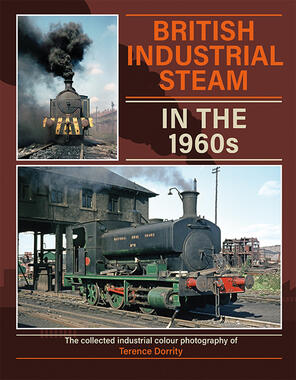 British Industrial Steam in the 1960s

As a schoolboy trainspotter, Terence Dorrity spent many an hour by the ex-Great Western Railway line at Stratford-upon-Avon but then subsequently discovered the parallel world of industrial railways in the late 1950s on a car journey from his home town to Banbury. Wisps of steam rising from the fields near Wroxton turned out to be coming from locomotives on the Oxfordshire Ironstone Railway with its fleet of tank engines which worked in the quarries and along the double track âmain lineâ to exchange sidings with British Railways. Acquisition of a copy of the Birmingham Locomotive Club Industrial Locomotives of the West Midlands Pocket Book, and subsequent membership of the club, led to further visits to industrial systems in and around nearby Birmingham. Next came the South Wales valleys with, at first, the aim of visiting the numerous BR sheds to be found there but the sight of NCB locomotives at coal mines, and the gradual demise of BR steam, soon tipped the balance and priority was given to industrial sites. There were many collieries much closer to home as well. The NCB Warwickshire Area pits used some very interesting locomotives, including an unusual Beyer-Garratt 0-4-4-0, and Staffordshire collieries and quarry lines in Northamptonshire were also within easy day trip range. Casting the net wider, Terence took advantage of visits to an aunt and uncle in London to investigate some sites in the capital, such as Beckton Gas Works, and the nearby south-east including the Bowaterâs 2ft 6ins gauge system at Sittingbourne. There were several excursions to Scotland to explore the extensive NCB Waterside system in Ayrshire, other collieries, steel works, gas works, power stations and even a distillery as far north as Aberdeen and Morayshire. There was a lot more and fortunately Terence was able to capture much of it in colour before everything disappeared forever, long lost scenes which are now presented within these pages. 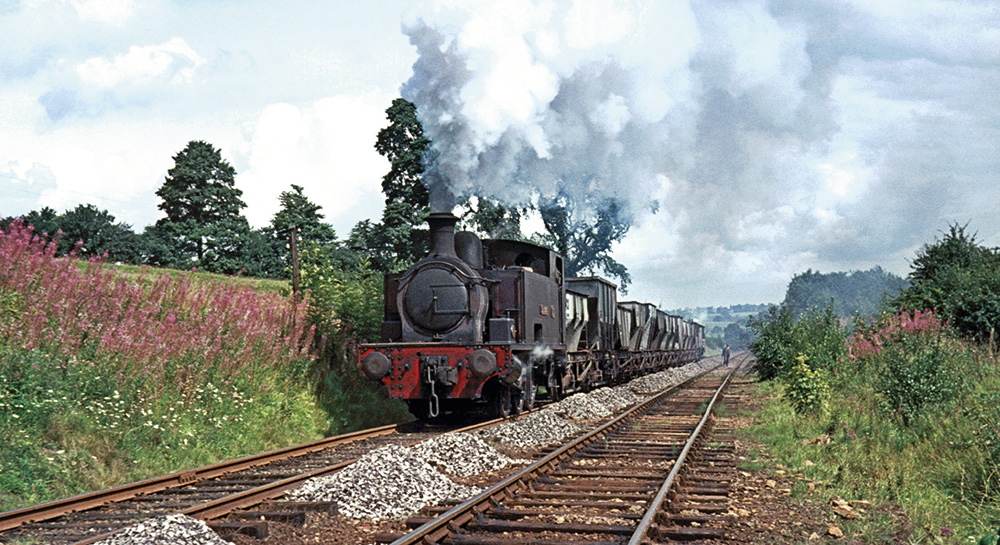 Pride of the line, the now preserved Oxfordshire Ironstone Company Ltd No. 1 Sir Thomas, a 16 x 24in. outside cylinder 0-6-0 side tank locomotive, was built by Hudswell, Clarke & Co. of Leeds in 1918 with the Works No. 1334. On a fine summer day it was hard at work near Pinhill Farm hauling a train of empties from the exchange sidings to the quarry crusher at Wroxton. Sir Thomas was one of two similar locomotives originally ordered by the Inland Waterways and Docks Executive during the First World War. As they were no longer required at the end of the war, in 1918, they became the first OIC owned locomotives on the system. The other one, No. 2 Lord North, was scrapped in 1958. Thursday 15th August 1963 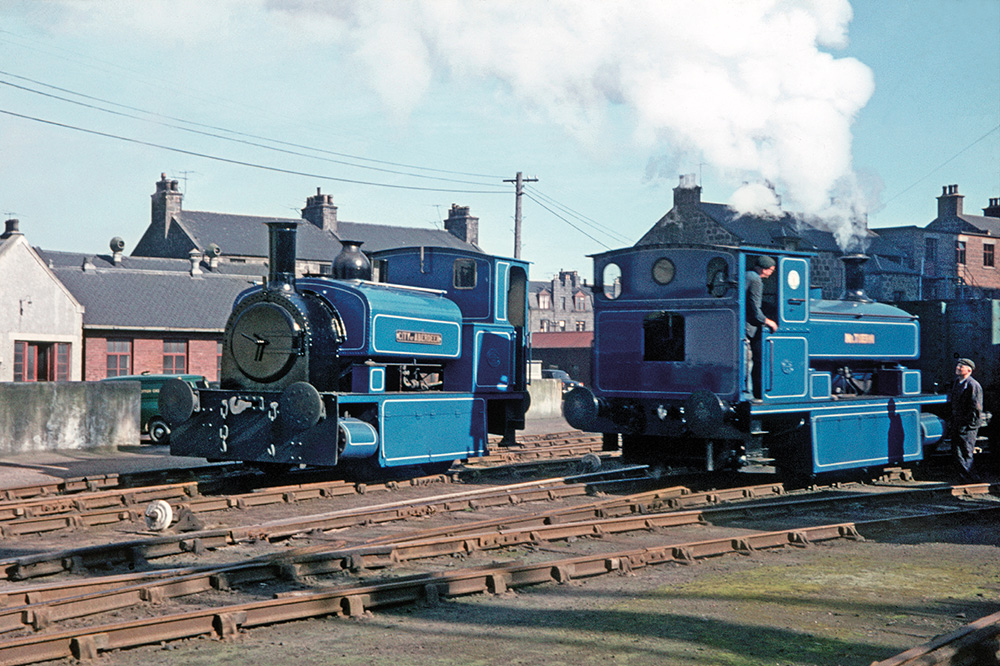