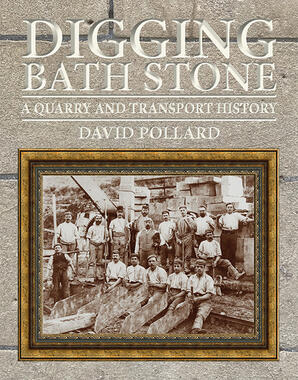 Bath stone was first quarried some two thousand years ago but not significantly until the arrival in Britain of the Romans, then by the Saxons and the Normans through the Dark and Middle ages. However, it was in the Georgian era that digging began on an industrial scale, when in 1727 Ralph Allen of Bath bought a half share in Combe Down including the quarries and laid a railway down to a wharf on the newly navigable River Avon. From this time a vast industry grew, which reached its zenith in the late 19th century, with Bath stone being quarried at numerous places across a swathe of land in north-east Somerset and west Wiltshire, from Bath to Corsham and down to Bradford on Avon. A number of books have been written about the industry or facets of it but no one had attempted a comprehensive history that covered all aspects â the companies, the quarries, the personalities, the quarrymen, the methods, the product and its transportation. David Pollard spent the better part of a lifetime compiling and writing this book, over the course of which he single handily opened and set up Hartham Park underground quarry, as a commercial venture to sell the beautiful Bath stone. In huge detail, and copiously illustrated with a plethora of maps, plans and photographs â many of which are historic and never previously published â this is the story of an industry which once dominated this part of the country and helped to shape both the landscape and the towns, villages and communities it built, and which is still alive today, albeit now using methods which would largely be unrecognisable to the âold menâ who dug the stone out of the ground in centuries past. Sadly, David Pollard died before he could see his lifeâs work in print but this book serves as his testament to an industry he loved and a testament to the man himself. 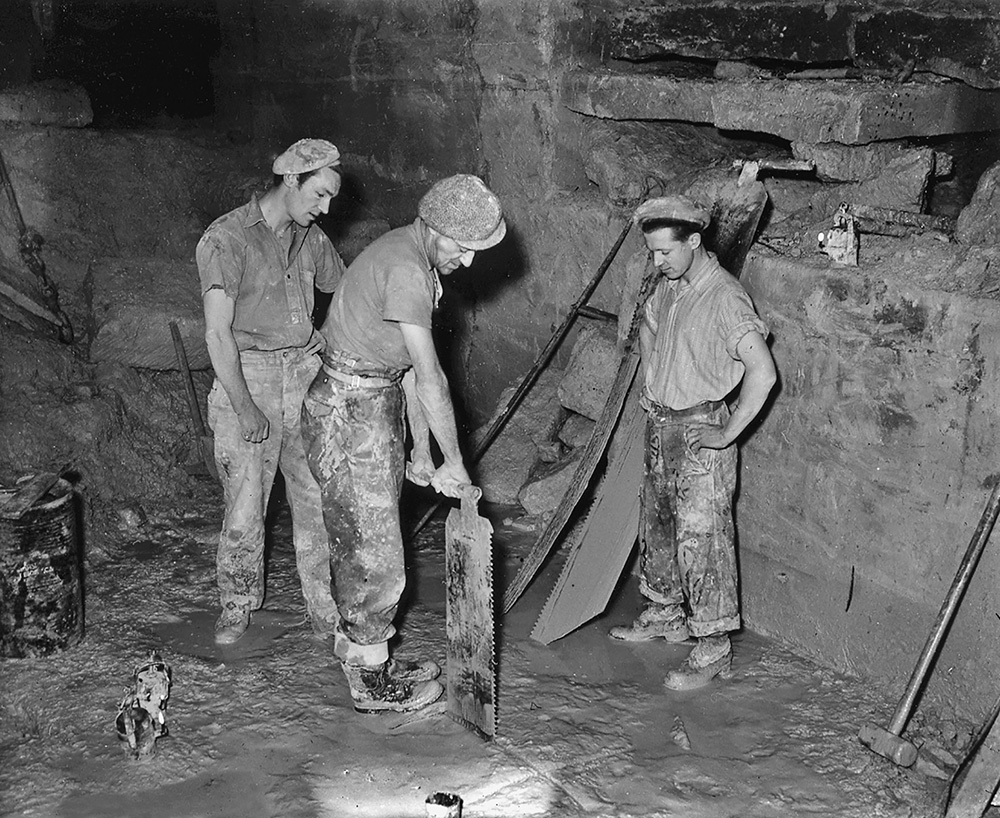 Hartham Park Quarry circa 1945, showing quarryman Jack Osborn making a vertical saw cut with a frig bob. He is standing on a pick, the head of which is acting as a sliding fulcrum against the back of the frig bob, to keep the saw teeth engaged with the rock being sawn through. He is watched by Les Pullman on the left and Reg Pashley on the right. Note the carbide lamps.Â 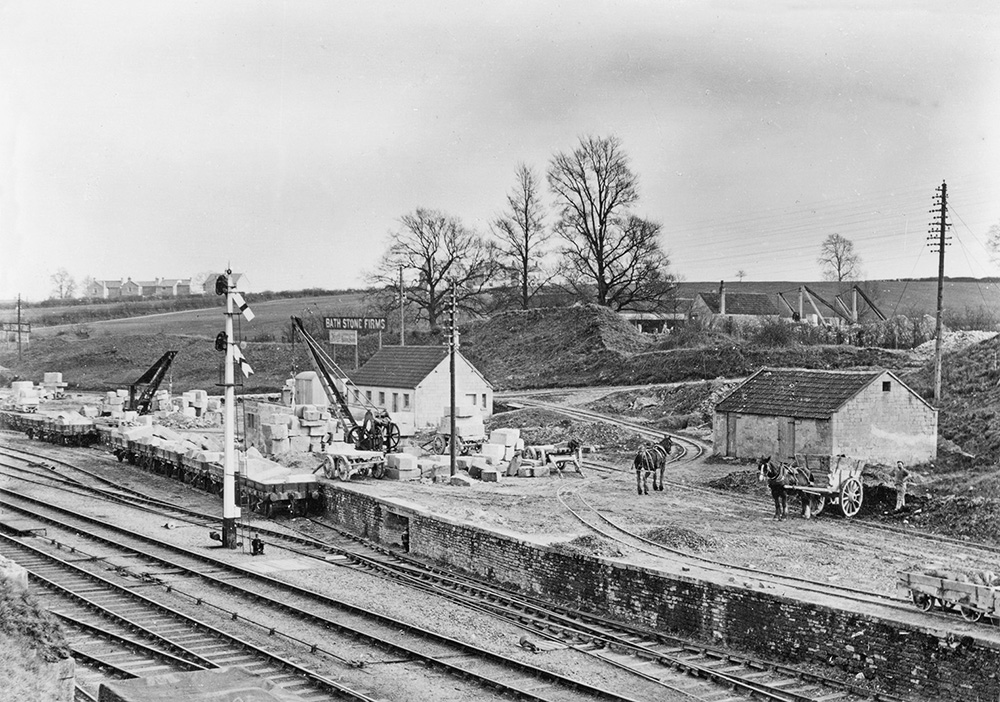 This photograph, by J.W. Spencer of Atworth, shows Corsham stone wharf in or shortly before 1902 and is also the view from which the enlargements of the block wagons on page 330 were taken. The Bath Stone Firms' horse and cart on the right are straddling the line of the combined Tramways No's 1 and 2 down to the wharf , which had joined together by Potley Bridge. Tramway No. 3 served the post-1885 stone yard and cranes in the right background, before curving round and dropping down to the wharf, running from right to left behind the yard buildings. Note that at this date the wharf cranes had not been provided with the distinctive pyramidical roofs seen in the later pictures.