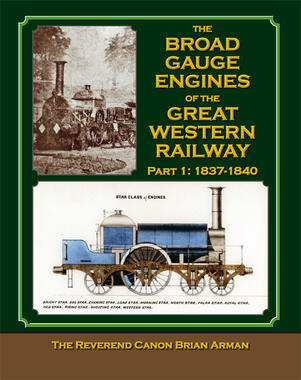 The nascent Great Western Railwayâs first engines were a motley selection, sourced from a variety of manufacturers, their design and performance not assisted by the somewhat stringent conditions imposed by Brunel during the tendering process. Nevertheless, most of them were made to work by his brilliant young locomotive superintendent, Daniel Gooch. Following on from these came the GWRâs first class of engines as such, the âStarsâ, built by Robert Stephenson & Co. From these many lessons were to be learned, that stood the company in good stead when Gooch started designing engines for the GWR in the early 1840s. Part 1 begins the story of the GWRâs broad gauge fleet of engines by looking at the design, construction and life of these early machines, starting with those locomotives supplied for the opening of their main line between Paddington and Maidenhead in the early summer of 1838. There then follows a detailed study of the âStarâ Class, one of which, North Star, was to enter the annals of GWR history. To complete this first part of the story, detailed appendices present the relevant GWR chapters from Woodâs A Practical Treatise on Rail-Roads (1838) and Wishawâs The Railwayâs of Great Britain and Ireland (1840), including the seminal section on practical experiments, which gauged the performance of various GWR engines in service over several months in late 1839/early 1840. Brian Arman has spent decades researching the engines of the broad gauge and has sourced numerous rare drawings, photographs and plans with which to illustrate the text. As the editor for many years of the Broad Gauge Societyâs journal, The Broadsheet, he has been in a unique position to gather much of this material. Inevitably there are large gaps in what is known, most of which will probably now never be filled, but for the first time all that is known and has been found is here brought together in Part 1 of this planned series.

A damaged but nonetheless highly important works drawing of Aeolus, delivered to the GWR just five days after Vulcan on 10th November 1837. The drawing illustrates the Tayleur engines, Vulcan, Aeolus and Bacchus, as delivered and is of immense historical value. Of particular note is the general proportions, with the 8 foot driving wheels and relatively tiny boiler, which was only 8ft 2ins long and with a diameter of only 3ft 6ins. The relative sizes are particularly evident in the cross sectional drawing, which also shows the construction of the crank axle. The style of construction of the wheels is also worthy of note. 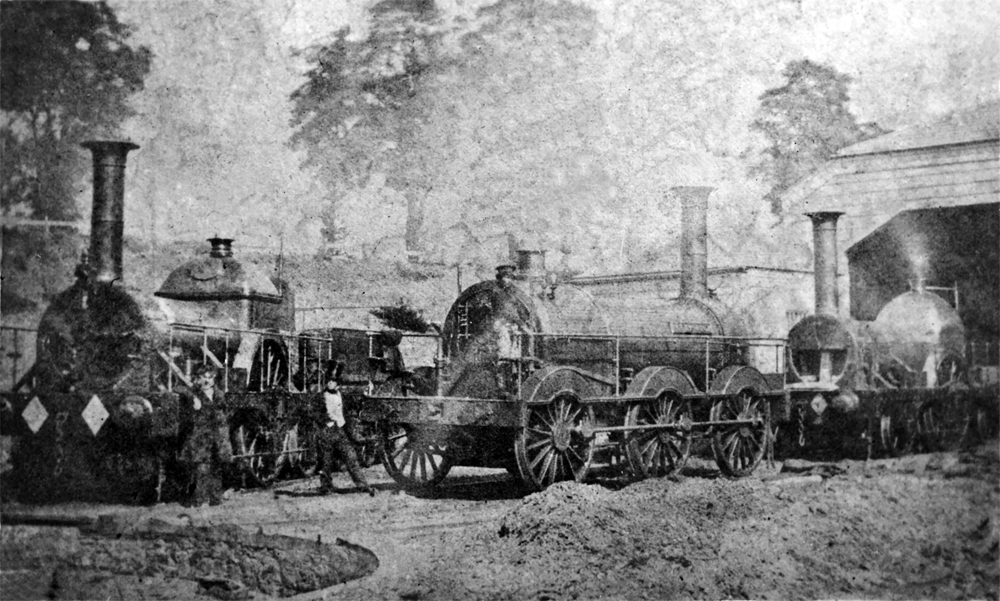 Fortunately, posterity has bequeathed us two photographs of Polar Star, both taken at Cheltenham shed in the late 1840s. Polar Star had its frames and boiler lengthened by 2ft 0ins by 1849, so we can date the photograph as prior to that work being carried out. In fact, they are the earliest known photographs of a GWR scene and amongst the first railway pictures ever taken with a camera anywhere in the world. They are far from perfect, as perhaps would be expected given the primitive nature of photography at that time, but also because the originals are long lost to us and so only copies (and in many cases copies of copies) are known to survive. Notwithstanding all this, they give excellent views of Polar Star, seen here on the left in front of the shed at Cheltenham, in the company of the âSunâ Class 2-2-2 Javelin on the right and the âPyracmonâ Class Goods 0-6-0 Alligator in the centre. All three engines are believed to have been based here at this time, from where they would have found employment on the newly opened line to Swindon. The pit for the shedâs 42ft turntable is just visible in the foreground and note that Alligator was evidently too long to fit on it, hence the engine and tender had to be turned separately, which was common practise on many early railways. Javelinâs open smokebox door gives a good view of its blast pipe and tantalisingly, there is a partial view of Polar Starâs tender. Polar Star is said to have been similar to Evening Star when built but if that was the case, then it had undergone some modification since first delivered â witness the dearth of boiler fittings, the safety valve mounted on the top of the firebox and the manhole cover on the firebox front. Note too the prominent diamonds on the front buffer beams of the two singles and the relative size of Polar Star when compared with the smaller Javelin, which had only 6ft 0ins diameter driving wheels. Note the prominent boiler and smokebox stays on the two singles, which can be clearly seen in both this and the following photograph. John Alsop collection