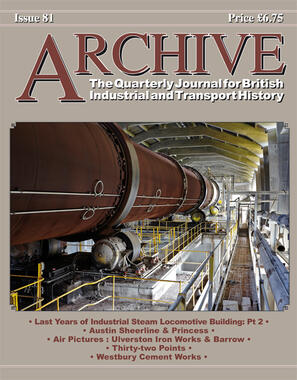 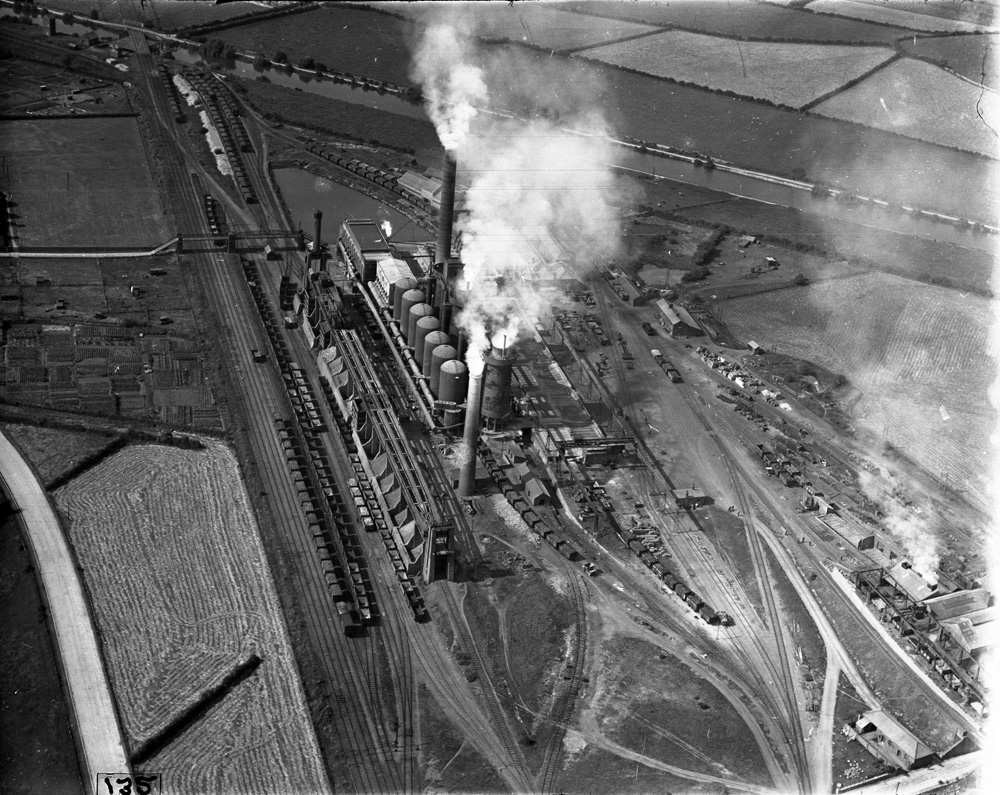 From: Air Pictures A different angle on the ironworks with the ex-Furness Railwayâs Bardsea Branch running alongside having just crossed the Ulverston Canal. The canal was only just over a mile in length and connected Ulverston to the sea on Morecambe Bay. It was built under an Act of Parliament dated the 8th May 1793 with the canal being opened for trade in 1796. It was 66 feet wide and 15 feet deep but the size of ships using it was determined by the size of the sea lock. When the Bardsea Branch was built it crossed the canal by means of a hydraulically powered drawbridge which withdrew into a recess on the western side of the canal. Following closure of the Bardsea Branch in 1994 and removal of track six years later, the bridge was fixed in position and it, and the nearby accumulator house, are now listed buildings. Standing on the sidings for the ironworks are many all-steel hopper wagons which would have been used to bring in the iron ore and also the limestone used as a flux. Within the area of the works are a number of wagons that appear to belong to coal and coke factors Ricketts of London. 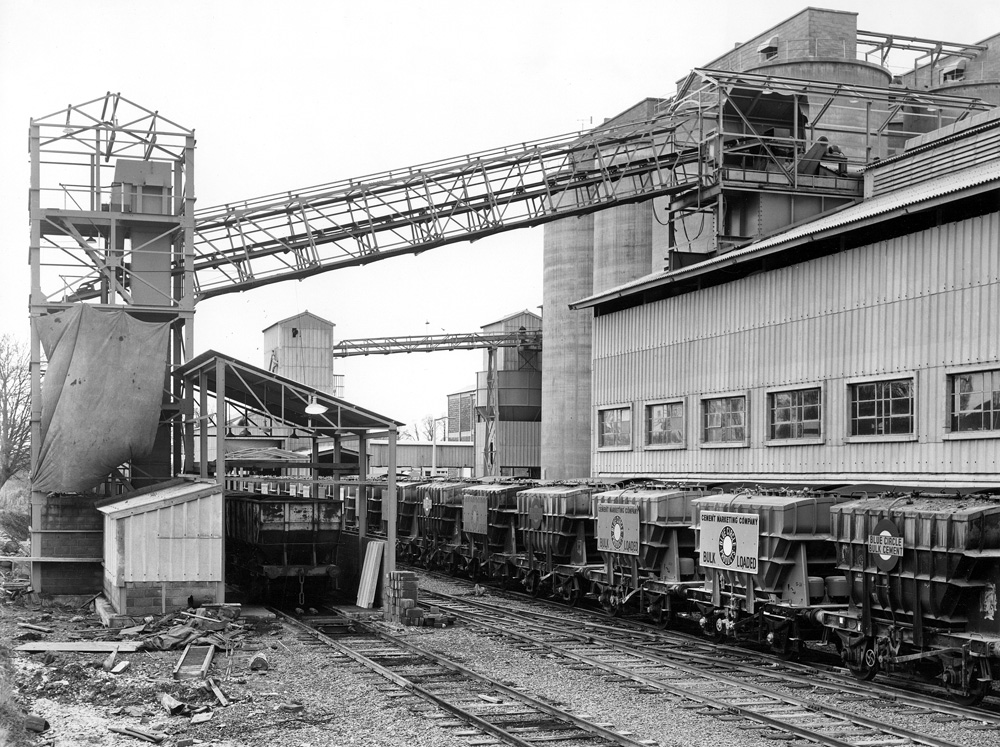 From: Westbury Cement Works A good view of the rail freight at Westbury in December 1965, looking towards the coal and gypsum intake to the kiln. The siding closest to the camera carried coal trains, which were unloaded and the coal raised by conveyor bridge into the furnace hoppers at the ends of the kilns. The next line, to the north, has a train of âPresfloâ bulk cement wagons which are loaded using the hopper and loading head visible beyond the coal siding. A further siding, behind the âPresfloâ wagons, has a rake of closed vans which will be loaded with bagged cement. courtesy of Lafarge Tarmac Ltd