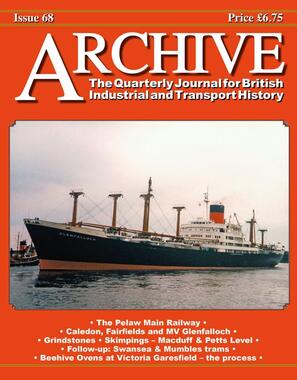 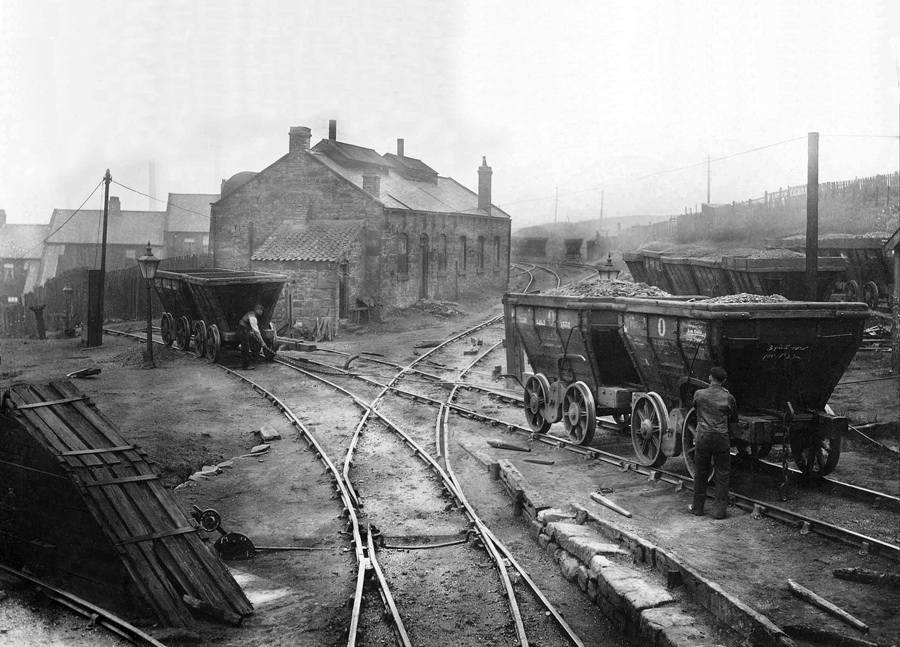 From 'The Pelaw Main Railway' : This shows the top of the self-acting incline down to the second staith â the fall down to the river was about fifty feet â and is a truly fascinating picture. A set of two empties has just come up from the staith and the man is releasing the rope, after which they will run forward by gravity. At the same time another man is releasing the brake on two fulls to run them forward by gravity down to the bank head for the same rope to be attached. Note the curved steel âpipeâ? between the rails of the track down to the bank head, which was to keep the rope in the required path. The large stone loco shed can be seen clearly now. A building that size would have easily housed four six-coupled engines. As the full map of the staiths at the end shows, there were two sets of sidings for both fulls and empties and five sets of staiths to deal with, so that ensuring a steady supply of fulls and quickly removing the empties was essential, and so it could be that four locomotives were kept here at this time, with perhaps three in use. It may be that some of the 0-6-0STs purchased between 1905 and 1910 came here. Note the large smoke vents on the roof. At the end of the shed is a small lean-to cabin, with a pan-tiled roof and even a seat outside. In the left corner a wooden cage guards a return wheel for the rope used on the incline down to the first staith. 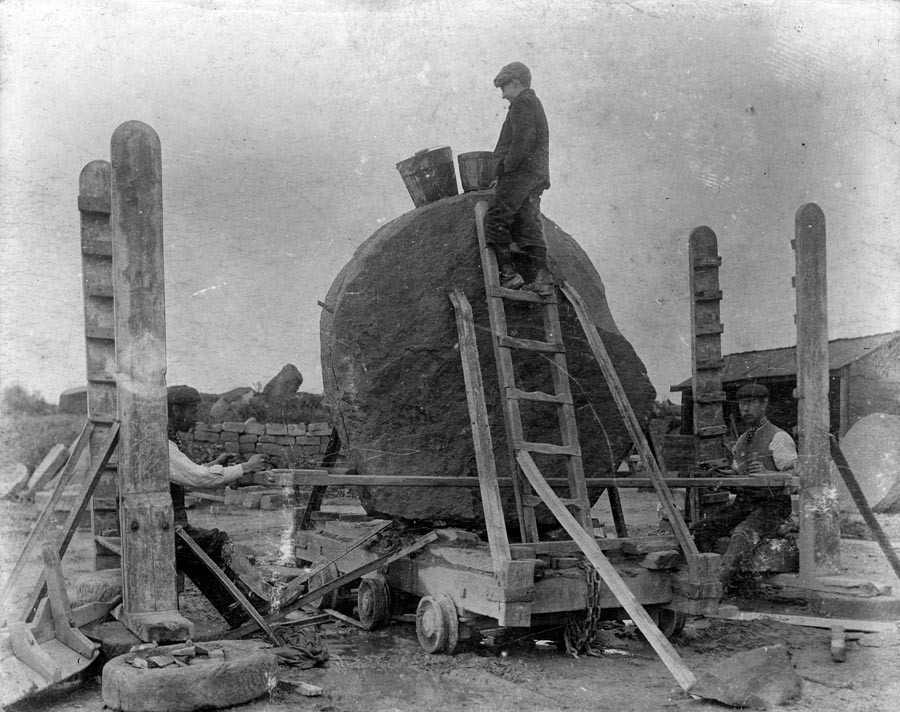 From: 'Grindstones': âSawing. A smooth iron blade held rigid by a wood frame and sharp Trent sand and water. The lad is putting small quantities of sand in cut or nick made by blade and water run in through a tapâ. The large grindstones were held vertically in a wooden frame mounted on the wheeled bogies whilst the smooth iron blade is held in a wooden frame pushed back and forward by the two operatives. The blade is cutting one of the faces of the grindstone. The two vertical frames are obviously adjustable seating for the two sawyers. The young lad standing nonchalantly at the top of the ladder is responsible for the flow of sand and water into the slot to lubricate the blade and improve its cutting capability. Notice also a wedge inserted at about 10 oâclock to keep the slot open so as not to bind on the blade. The grindstone also has only been roughed out for part of its circumference.