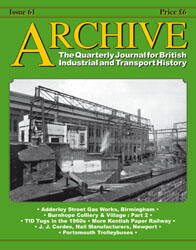 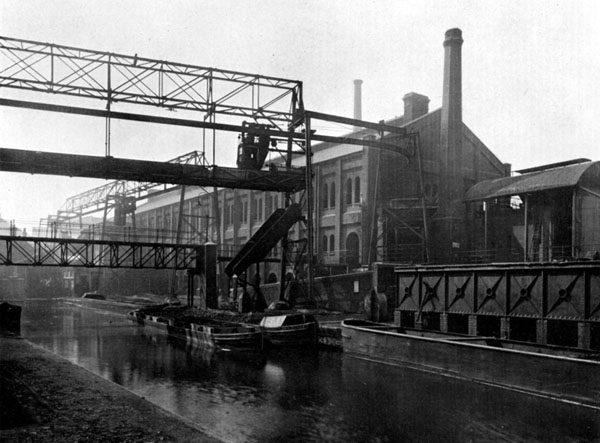 From 'Adderley Street Gas Works': Two narrow boats, that nearest the bank being lettered B.S.A. on the side of the rear cabin, are moored beneath the coke shute and a telpher car is about to tip its load. It is likely that the coke is destined for the foundry at the Birmingham Small Arms plant. We are looking south and the big brick building is the 1909 retort house; the corrugated-iron shack at the right keeps the weather off the Babcock boilers. The cast-iron sectional tank at the right holds cyanogen liquor awaiting a boat, but probably not the bathtub-like boat seen here. The private footbridge linked the gas works to the coke plant in the east yard, out of sight to the left. 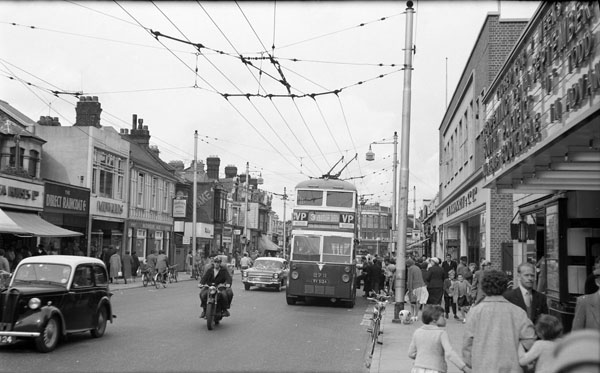 From 'Portsmouth Trolleybuses': Another of the 1936 Cravens bodied batch was 273 (RV9124), captured amid the hustle and bustle of London Road, North End. The 1959 series Vauxhall Cresta, which would have cost its owner just Â£1,014 when new, prepares to pass 273 at the bus stop. The Vauxhallâs trans-Atlantic styling contrasts sharply with the early post war âsit up and begâ Standard 8 saloon in the foreground, which appears to be minus its radiator grill. Doubtless none of the passengers seen crowding onto the open rear platform of the trolleybus could ever have imagined the modern day demise of F. W. Woolworth, with itâs oh so typical British high street faÃ§ade behind their backs, whilst the musical âSouth Pacificâ was the latest blockbuster hit at the pictures nearly half a century ago. Across the street next to Milwards shoe shop is the Thatched House pub at 95 London Road, which, originally owned by Miles Brewery, has existed on this site for some 150 years. Today itâs better known as âThatcherâs Barâ since its 2002 refit.