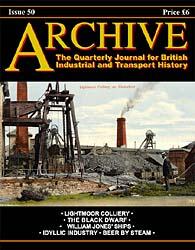 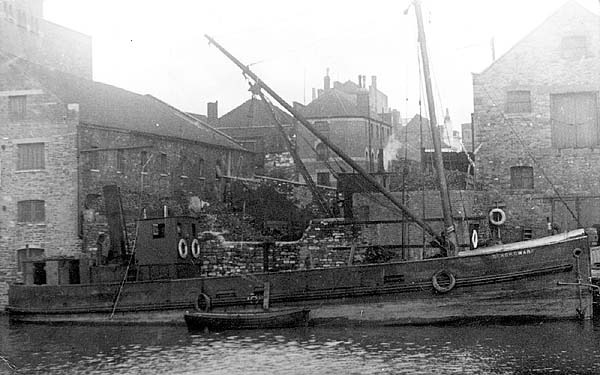 From ' The Black Dwarf': Linking between the previous article and the next is this view of the Black Dwarf, probably taken at Bristol and possibly along Redcliffe Back. It looks as though there is a coal yard behind the vessel with a steam crane and grab bucket and that the Black Dwarf might have brought down a cargo of coal. The yard might belong to Percy Berrill as he is the only coal merchant listed in Redcliffe Backs in 1935. If any reader with a knowledge of Bristol can confirm the location we would be most grateful. Roy Fenton Collection 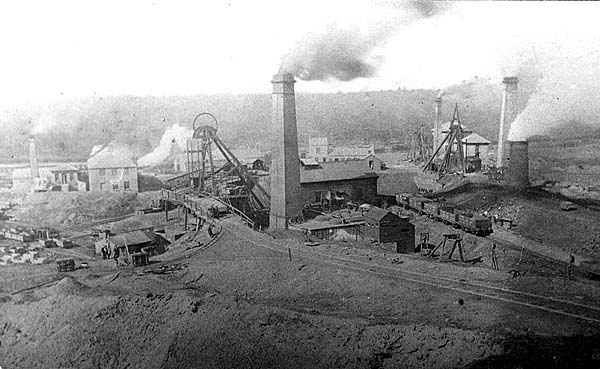 From 'Lightmoor Colliery': Taken from the top of the dirt mound looking west, this is one of the earliest views of the colliery dating from pre-1897. In the centre background stands the office block with only a single window in the first floor section, later views show an extension with two more windows. In front in the centre is the winding engine house for the north (right) and south (left) shafts and in front of that again are a row of egg-ended boilers. It is difficult to say whether the rake of wagons to the right of the boilers have brought coal round for them or if they are being loaded with coal. The squat square tower with smoke issuing forth is above the smoke pit, at the bottom of which were the underground furnaces for colliery ventilation. Beyond the smoke pit is the chimney for a boiler row in connection with the beam engine in the small engine house which wound on the pumping pit to allow pit work, rising mains, pumps etc. to be taken up and down the pumping shaft. The big engine house beyond held the 78-inch Neath Abbey beam pumping engine. On the extreme left are buildings which housed the chaff cutter and oats crusher in connection with the stables behind, the pay office and first-aid room and the sawmills.The men drew their pay from the left-hand window of the three on the ground floor throughout the life of the colliery. As at other collieries within the Forest coalfield the men were paid fortnightly but by November 1920 Lightmoor was the only colliery left working this system, all others having gone over to weekly pays. With the men agitating for this at Lightmoor it was conceded by the management. One interesting feature which cannot fully be made out are the lines running up the dirt tip. These appear to be of a fairly wide gauge and it is possible that a truck used on them stands on the bridge to the left of the central chimney.