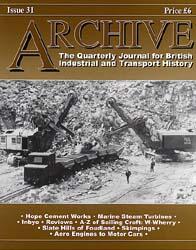 Contents: Hope Works: the Evolution of a Cement Factory by Mike Taylor, p. 3; The Centenary of the Marine Steam Turbine by Ian Muir, p. 17; A â Z of Sailing Craft: W is for Wherry by Edward Paget-Tomlinson, p. 36; Follow-up: Purfleet Chalk Quarries from Nigel Bowdidge, p. 38; The Slate Hills of Foundland by Ann Dean, p. 41; From Aero Engines to Motor Cars: Part One â Aero Engines by Malcom Bobbitt, p. 53 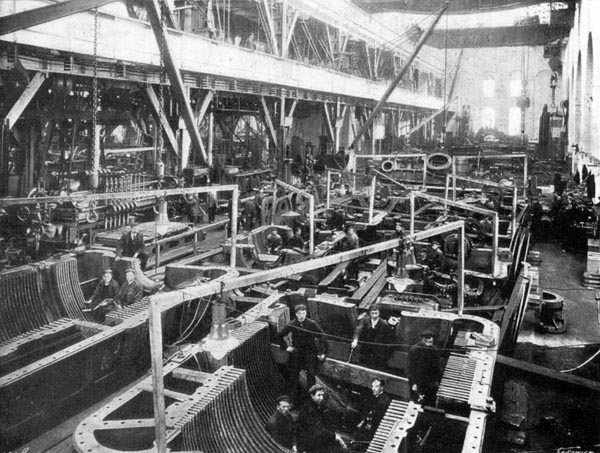 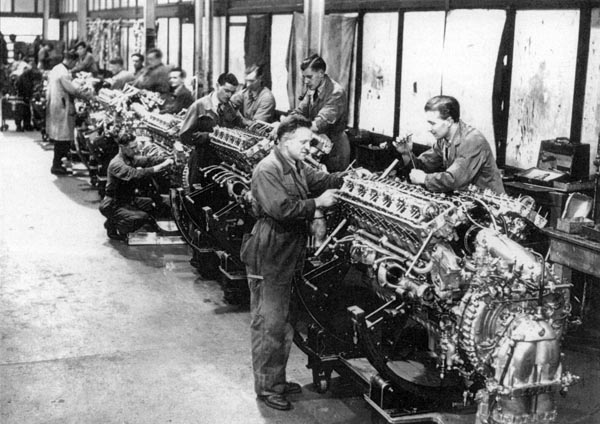 From 'From Aero Excellence to Motor Cars â Six Decades of Rolls Royce and Bentley Excellence': No sooner had the main shop of the factory started to take shape than production of Merlin engines commenced, such was the urgent desire to equip the armed forces. Machine tools were being installed even before the walls, roof and floor of the first section of the main shop were finished. The first engine to be assembled at Crewe was ready for testing on the 20th May 1939, and was dispatched on the 10th June. Before engines could be built there was a programme of training whereby personnel were taught how to strip and rebuild an engine; working in teams trainees practiced the procedure at ever increasing speeds, but beware there ever being even a split-pin remaining after assembly! Courtesy Rolls-Royce & Bentley Motor Cars Ltd.