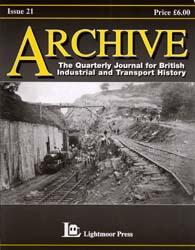 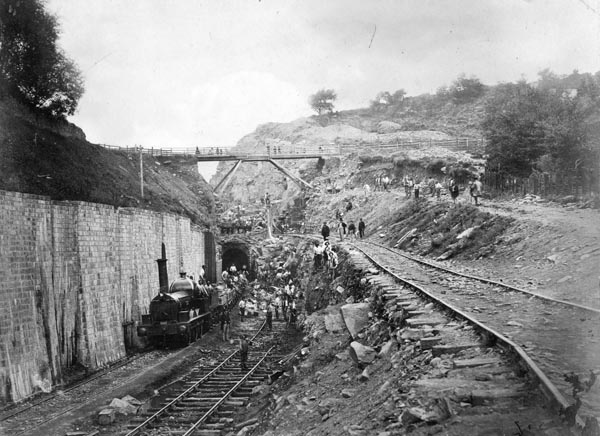 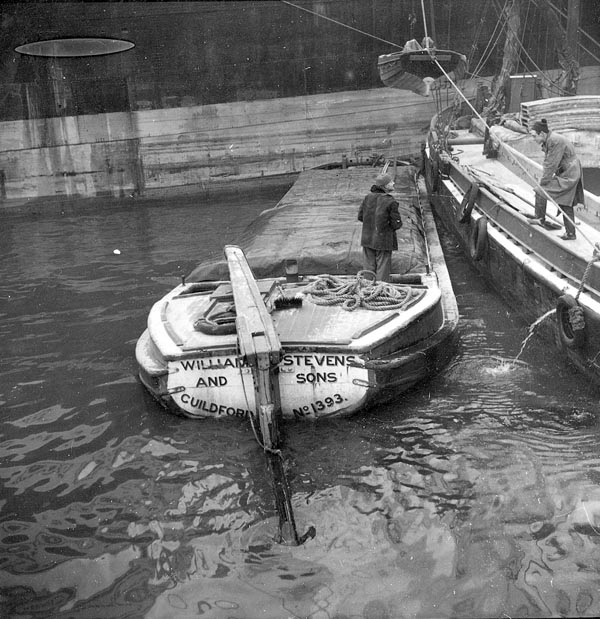 From 'The Stevens Barges': Perseverance IV loaded and covered up. Skipper George Fisher is talking to Skipper Barry Pearce of the coasting motor barge Edith May, which is about to load from the Loch Garth, in the Royal Docks. The author was Mate of this barge. Photo, Patricia O'Driscoll