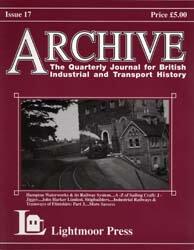 From 'hampton Waterworks and its Railway System': One of the locomotives captured by the Locomotive Publishing Company photographer, possibly in 1928, outside the Morelands engine house of the Southwark & Vauxhall's Old Works. The building on the right was the time office and note the large air vessels in front of the engine house. Morelands housed two compound engines of 550hp, capable of pumping 9 million gallons per day each. Kew Bridge Steam Museum Collection 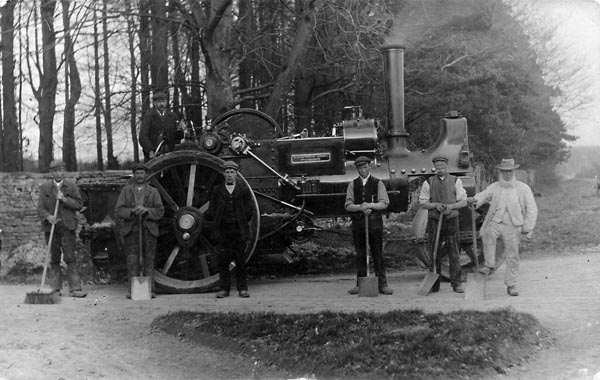 From 'Skimpings: Steam Roller at Northleach': A handsome Aveling & Porter machine with its attendant road gang. The first British steam roller was built in Birmingham in 1863 and shipped to Calcutta, having been ordered and jointly designed by W. Clark municipal engineer of the Indian city. Following successful experimentation, in 1867, Aveling & Porter of Rochester, in Kent, produced their first design, a 30-ton behemoth with rollers front and rear. Their first machine with rollers to the front only, appeared in 1871 and, in a typical piece of Victorian engineering ingenuity, they were cone shaped. This meant they virtually touched at the bottom or on the road surface but left a gap at the top, allowing the vertical pivot shaft for the front axle to pass between them. The compound roller seen here was exhibited at the Royal Show in 1893 but, according to the plate on its side which reads Gloucestershire Council 1892, must already have been in production for some time prior. It was photographed near the Cotswold village of Northleach around 1905. The old character on the right is worthy of a second glance; his style is pure 19th century and very different to his workmates.