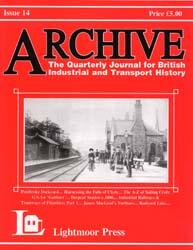 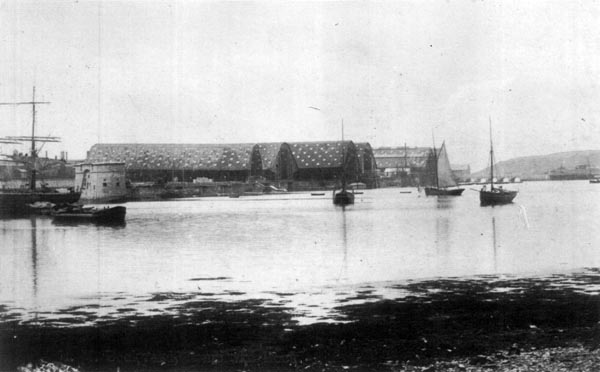 From 'Pembroke Dockyard': The massive building sheds of the dockyard line the waters edge in this classic Edwardian postcard. The N. E. martello tower is clearly visible â originally intended to hold the garrison of 24 men and four 12 pounder guns, the towers never saw action nad were virtually obsolete even before they were built.

From 'Industrial Railways and Tramways of Flintshire: The Mold Railway': Mold Junction engine shed photographed on the 7th march 1937. On the far left, 'Black Five' No.5120 was less than two years old when this picture was taken. Also prominent are a pair of ex-LNWR Class 'G1 0-8-0, No.9373 to the left of the telegraph pole being the only one positively identified. This was a standard Webb-design 8 road shed, opened on 1 October 1890. It was coded 37 by the LNWR, becoming 6B from 1935 under the LMS, which code it retained until closure on 18 April 1966. The building survives today in use by a scrap merchant.