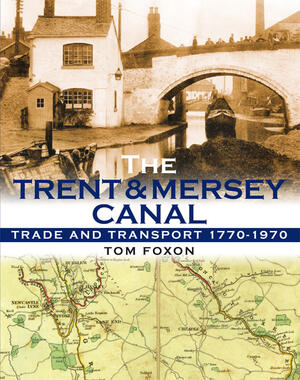 A commercial history of the Trent & Mersey Canal has long been considered necessary but its writing has been obstructed by the fact that the canal companyâs records were destroyed in a fire at Stone in 1950. Now, however, canal historian and ex-T&M working boatman Tom Foxon, has managed to get around this sad fact by researching the working history of the waterway from the other direction, as it were, by looking at the transactions from the point of view of the canalâs customers, carriers and users, and at the records of connecting waterways. In this way, he has managed to piece together a history of trade and traffic on this vital artery, which for 200 years linked the River Trent with the estuary of the River Mersey. In particular, it linked the pottery industries of Stoke and north Staffordshire, with the Mersey ports through which much of the raw material was brought in and the finished products exported. The carrying history of the T&M Canal was about much more than just pottery and china clay, however, with a whole range of cargoes regularly carried, from coal, coke and iron, to food and other comestibles, timber, building materials, salt, chemicals, liquid fuels and even shoes. This detailed and extensively researched account covers these trades, along with the boatmen and carrying companies that transported them, the factories and works at which they called, the wharves and docks they served and the feeder canals they travelled along. Canal and industry historians, waterway enthusiasts and those with a strong interest in the local history of the hinterland served by the T&M Canal will all find much to enjoy here and indeed to inform. Tom Foxon's very readable text is heavily illustrated with a fine selection of historic maps and pictures. 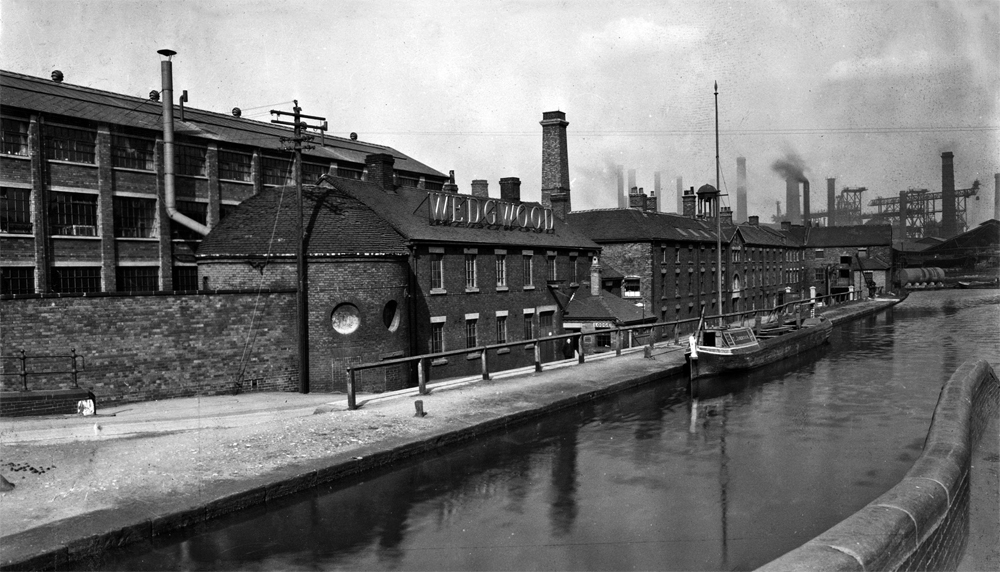 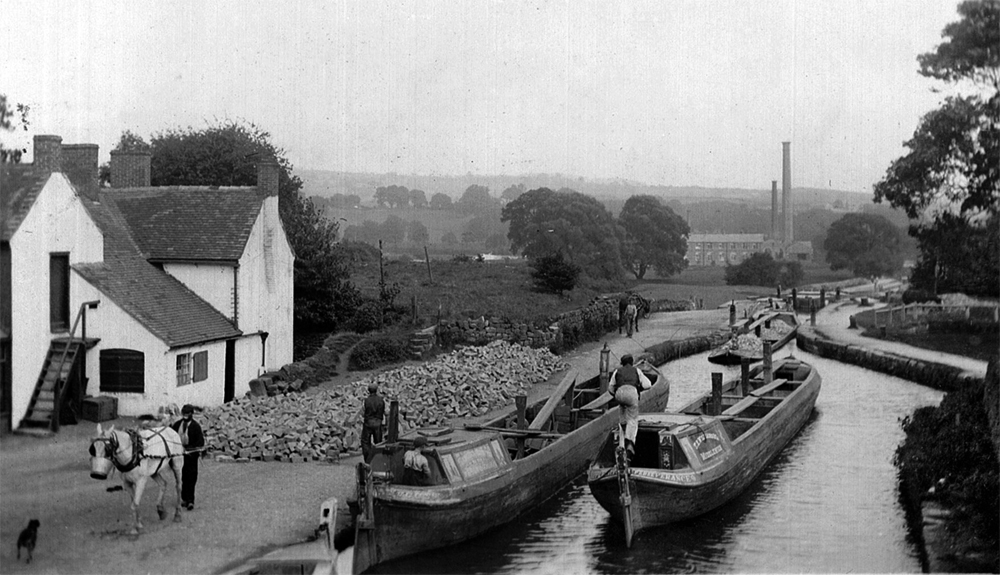 Cheddleton Wharf in 1899, with the paper mills in the background. The photograph illustrates the difficulties often caused when wharves were located on the tow-path side of the canal. Two boats are manoeuvring to pass each other while their passage is obstructed by a boat being unloaded. The empty boat, Perseverance, would first have to pass his towline over the moored boat then drop it for the approaching loaded boat to float over, and horseboats didn't have brakes! The piles of bricks on the wharf were for use in the building of St. Edward's Hospital, the Cheddleton County Mental Asylum. Basil Jeuda collection