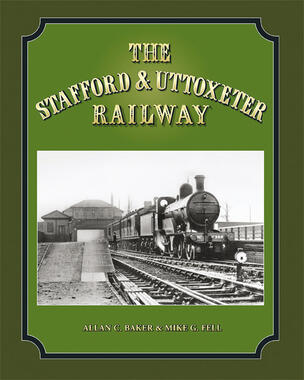 The 121/2 mile Stafford & Uttoxeter Railway opened in 1867 and had running powers from Bromshall Junction into the North Staffordshire Railway station at Uttoxeter. At the other end of the line the S&UR, with the agreement of the L&NWR, accessed Stafford Station which was also used by NSR trains. The line spent most of its independent life in receivership, eventually being acquired by the enterprising Great Northern Railway in 1881. This book explores how that railway developed its relationship with the NSR over whose line it had to pass in order to reach its own metals at Egginton Junction. At the grouping of the railways in 1923, the GNR became part of the L&NER whereas the NSR and L&NWR became part of the LM&SR and so it was that Stafford and Uttoxeter continued to be locations where the trains and liveries of different railway companies rubbed shoulders. The narrative describes the personalities, operation and traffic of the S&UR, and examines the industries served by the railway, including the extensive salt works located at Stafford Common. The former S&UR lost its passenger service in 1939 but the line survived to become nationalised, the through link finally closing in 1951. The result of extensive and detailed primary research, the book is profusely illustrated and will appeal to railway enthusiasts and those who want to learn more about past commercial and industrial enterprise in the area in which they reside. 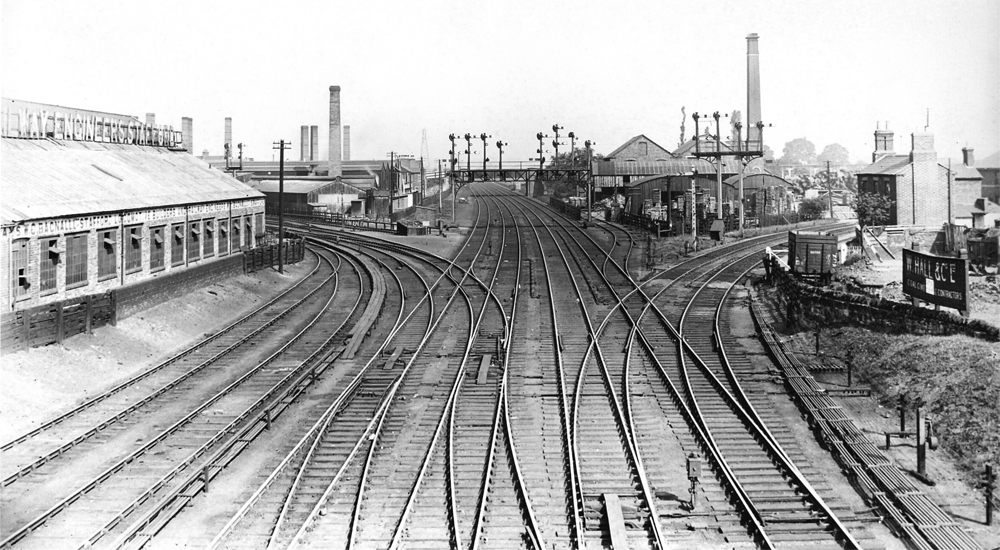 Stafford No. 5 Junction about 1930. The L&NWR is in the centre heading north. It is flanked to the left by the Shropshire Union line to Wellington and on the right, by the S&UR. Notice the wagon in the L&NWR siding serving Venables and the coke wagon on the right, in W. Hall & Companyâs coal yard. The works of W.G. Bagnall Ltd are to the extreme left while the one with all the chimneys is the Universal Grinding Wheel Company. The inner most line on the extreme left, had at an early date, served the Shropshire Union Railways locomotive shed. Observe that the signals from the S&UR protecting the junction are of L&NWR design; they would be worked from the No. 5 box. However, the distant signal just below the gantry, is the GNR up distant for Venables box. Collection Richard Dempster 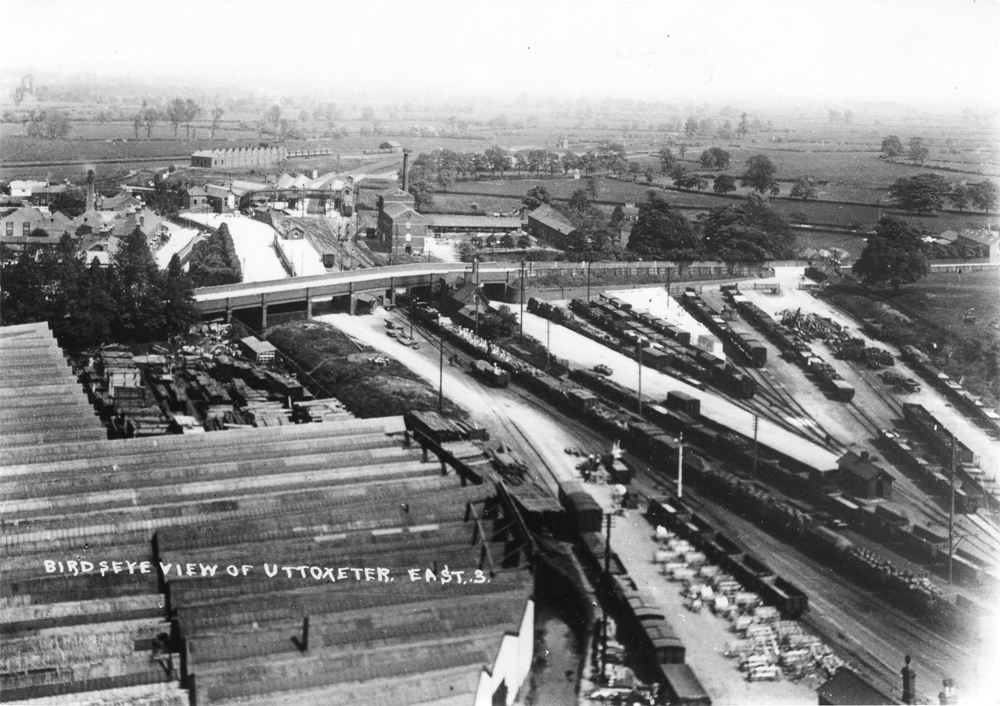 This elevated view of the NSR at Uttoxeter dates from around 1902; notice the new looking locomotive shed in the left far distance which opened that year. It was situated within the triangle formed by the Churnet Valley and Stoke to Derby and Burton lines. The station can be seen just below the shed along with the junction of the Churnet Valley line curving away to the left with the main line to Derby and Burton to the right. Goods yard to the right foreground with Bamfordâs agricultural machinery factory to the left.