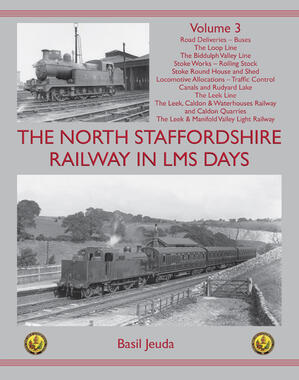 The third and final volume looking at what happened to the North Staffordshire Railway after it became a part of the LM&SR in the Railway Grouping of 1923. This was a period of great social, political and economic upheaval, from the General Strike of 1926, to the great depression of the early 1930s and ending with the Second World War. Shortly afterwards, the railways of the United Kingdom were Nationalised, which changed their appearance and the way they were run forever. This third book commences with a short introduction and takes a look at the road delivery operations in the North Staffordshire Section during the LM&SR era, as well as a brief mention of bus services. We then travel around the Loop Line, which is followed by a journey along the Biddulph Valley Line, both trips being interspersed with visits to the collieries and industrial concerns served en route. The next visit is to Stoke Works, to find out what happened to it under LM&SR ownership, after which we take a look at the fate of ex-NSR rolling stock once it had been subsumed into the LM&SR fleet. A detailed study of Stoke Round House and shed is followed by a look at locomotive allocations and use on the NS Section during the period and we then take a brief look at traffic control operations. Another detailed chapter then looks at what happened with the NSRâs smaller canals and ends with a short synopsis of Rudyard Lakeâs fall from grace under the LM&SR. Heading back out on to the rails again, we then travel the Leek Line from Stoke to Leek, from where we go up on to the Leek, Caldon & Waterhouses Branch and to the quarries at Caldon Low, to then finish our study of the LM&SRâs North Staffordshire Section with a journey along the narrow gauge Leek & Manifold Valley Light Railway. Lavishly illustrated, with over 500 photographs, maps, tickets, posters, handbills, etc, much of it not previously published. Original research has again provided much new information for the text and captions. Basil Jeuda has written and lectured extensively on the NSR and the area it served for more than thirty years and, together, these three volumes now form an important illustrated history of the North Staffordshire Section of the London, Midland & Scottish Railway. 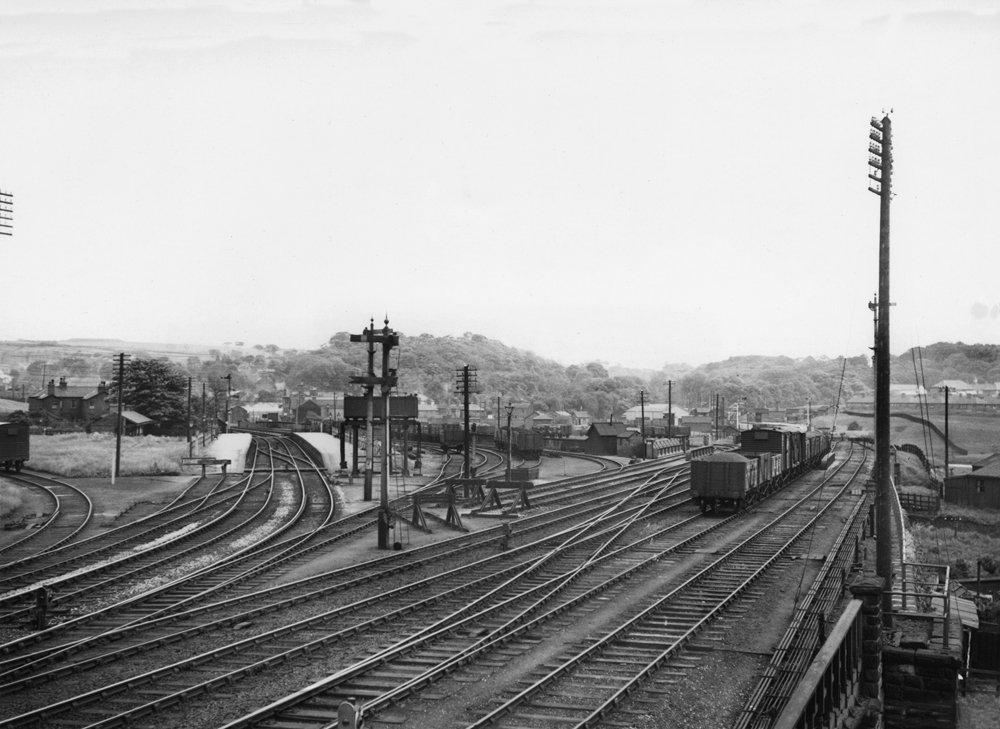 Looking south at Kidsgrove circa 1935, with the station on the left and the main line on the right approaching Harecastle station. The sidings to the left served (from August 1933) the Premier Artificial Stone Co. Ltd but had been occupied previously by Wagon Repairs Ltd. Note that the station buildings on the far left are not on the platform but at a lower level. The sidings in the centre served the âThird Lineâ, the Independent line, to Birchenwood. Authorâs collection 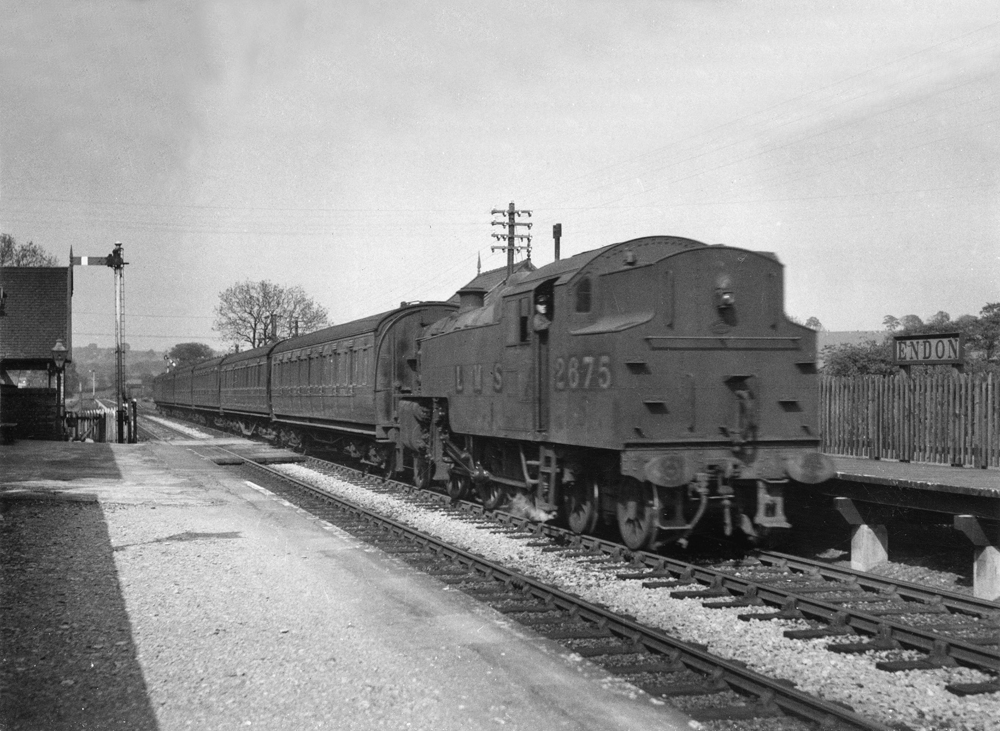 Endon station late on 12th June 1948, looking north east towards Leek, with Fairburn 2-6-4T No. 2675, transferred to Stoke in November 1945 when only a few months old and still with its LMS lettering on the tank sides, at the head of a Leek to Stoke working. On the Leek Line, the original passenger service was Stoke to Leek but, in the 1890s, a combination of commuter and tourist requirements led the NSR to extend the service to Rudyard and Rushton; this pattern then continued into the British Railways era, some passenger services terminating at Leek and the remainder at Rushton. Workmenâs tickets were available from all stations on the Leek line, whilst Cheap Daily Return tickets were available from Stoke to Rushton from 1935 every day by all trains on the day of issue only. The train here is passing over the level crossing, with the crossing keeperâs house on the left and the roof of Endon signal box just visible above the locomotive. Note the NSR nameboard on the right. W.A. Camwell