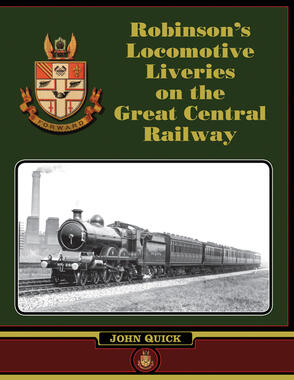 J. G. Robinson was appointed locomotive superintendent of the Great Central Railway in July 1900, the year after the opening of the extension to London. This volume describes in detail the full range of liveries that were applied by the Great Central to the twenty-eight classes of passenger, freight and mixed traffic locomotives, as well as the railcars, that Robinson designed for the company. Chapters give a brief history of each class of locomotive and detail the changes made to their liveries over time. The book is illustrated throughout with a selection of photographs to support the descriptions in the text and supplemented with colour sample panels typical of the liveries that would have been applied in the early twentieth century.

This illustration was published in The Railway Magazine. Nos 192 and 194 were the first âAtlanticsâ and were to be painted black until someone decided otherwise. The livery of Brunswick green and crimson as depicted in this picture is accurate, but the shades of those colours may be doubtful. The green sides to the splashers are noteworthy. 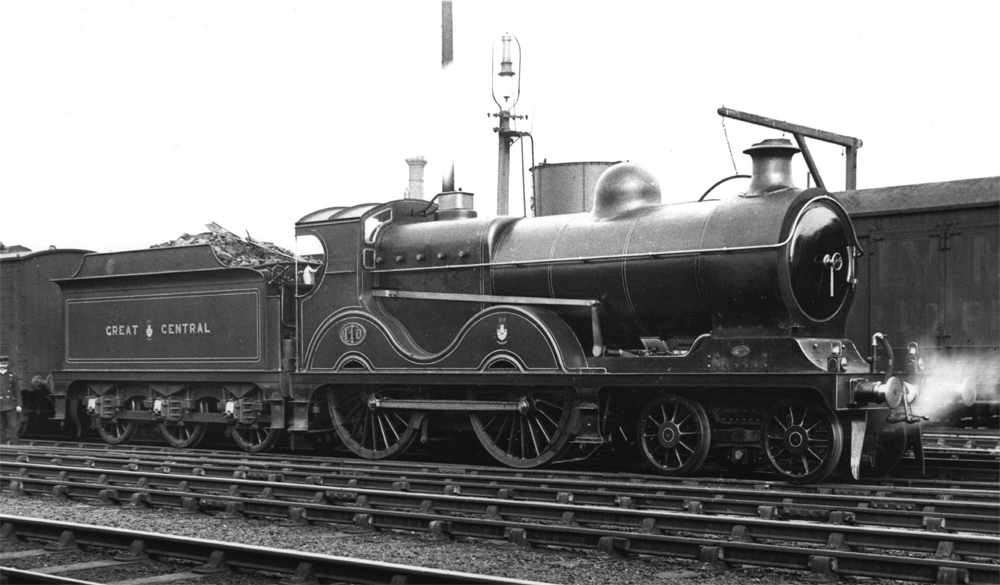 This has been published before, but it is a good photograph of an 11C 4-4-0. The livery is the usual green and crimson but the smoke-box door seems to have had a recent coat of black or japan. The vehicle behind, which is a covered carriage truck, may be doing duty as a newspaper van. The faded lettering may read âDaily Mail War Expressâ, a reminder of when the GCR ran newspaper expresses during the Boer War. No. 110 was photographed at Leicester Central in September 1910. W. Bradshaw