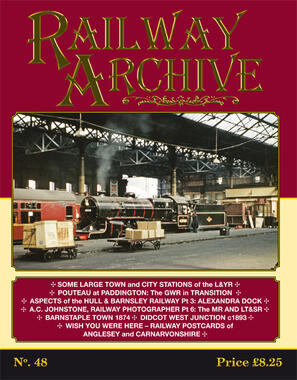 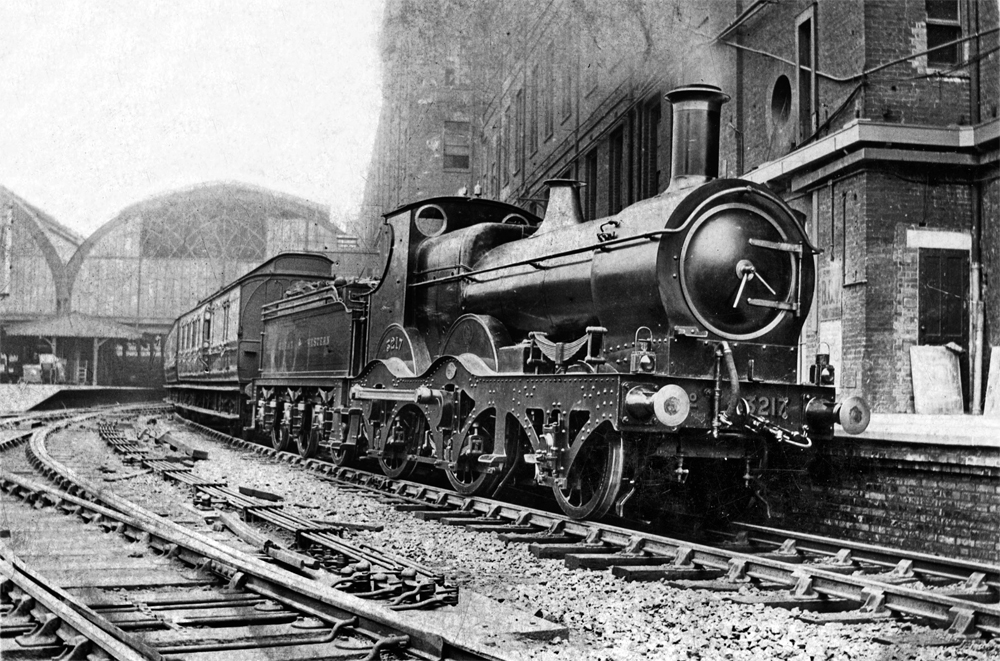 From 'Pouteau at Paddington' : This is one of my favourite Pouteau cards, although according to the reverse of my copy, the actual photograph was taken by H.C. Doyne, a name which is unknown to me. It was either taken between May 1901 and December 1903 or November 1905 and March 1910, when âBarnumâ Class 2-4-0 No. 3217 carried this design of domeless boiler. A close examination of the image leaves one in no doubt that the condition of the engineâs smaller fittings and the lettering style on the tender indicate a date after 1905, though other features such as the lack of raised fenders on the tender and the engineâs overall condition, suggests a date not long after a heavy repair, so perhaps early 1906 would be about right. No. 3217 was originally built in September 1889 and, in some ways, the class was a throw back to earlier times, the sandwich frames certainly being incorporated into a new design for the last time in British railway history. Having said that, they are generally regarded as the best of Deanâs 2-4-0 designs and many had long and honourable lives. No. 3217 survived until October 1935, when it was withdrawn from Machynlleth shed having run in excess of 1,500,000 miles. Here it is seen about to depart from Paddingtonâs famous platform No. 1, on what is almost certainly a Down Weymouth express, a service which these game little engines could still be found working as late as 1910. Pouteau card No. Not known (Note: John Alsop gives it No. 23217 in his list)