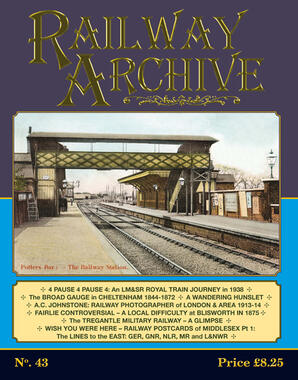 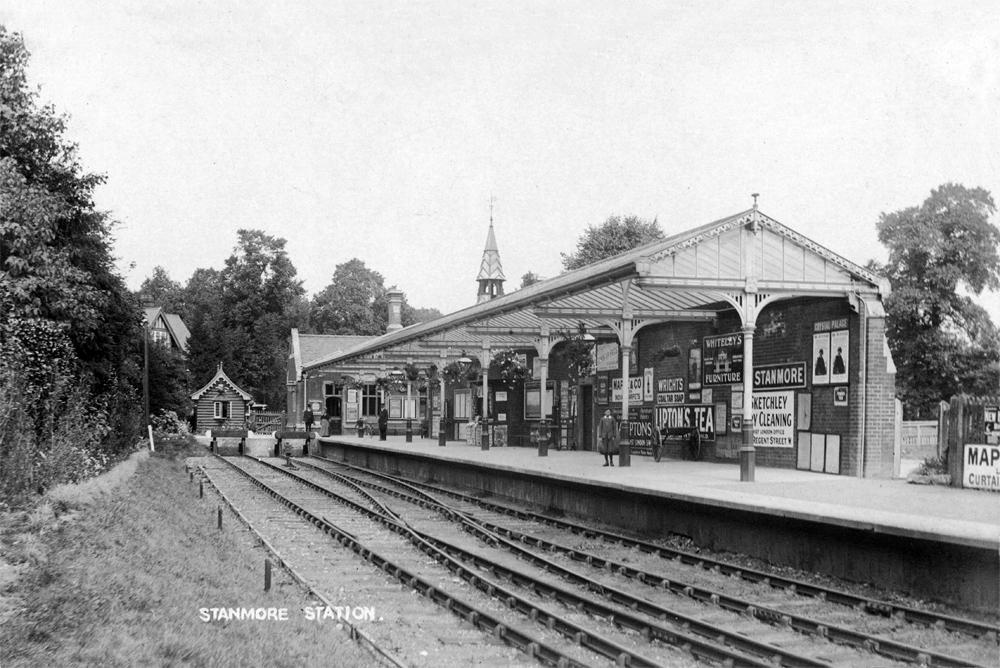 From 'Wish You Were Here â Railway Postcards of Middlesex' : A delightful view of Stanmore station, the furthest we shall go on the London & North Western Railway. The Harrow & Stanmore Railway opened the branch on 18th December 1890, the line subsequently being bought by the L&NWR in 1891. The station was certainly not a typical L&NWR design and was perhaps down to the contractor who built the line, boasting a very attractive canopy and here a fine display of floral hanging baskets. Note the small ornate bell tower on the main building behind, which sat atop a square tower, the whole building resembling a small country church, whilst there is also a decorative wooden shed behind the buffer stops, purpose unknown. On 25th September 1950, the station was renamed Stanmore Village to differentiate it from the Underground station. An intermediate station was opened at Belmont in 1932 and the line was cut back to there in September 1952, the branch closing completely on 5th October 1964. The station name is here almost lost in the grand array of advertising signs. Sadly, attempts to preserve the main station building came to nought and whilst part of it remains, it has been so extensively modified that it is no longer recognisable.