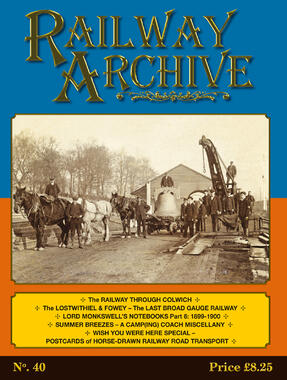 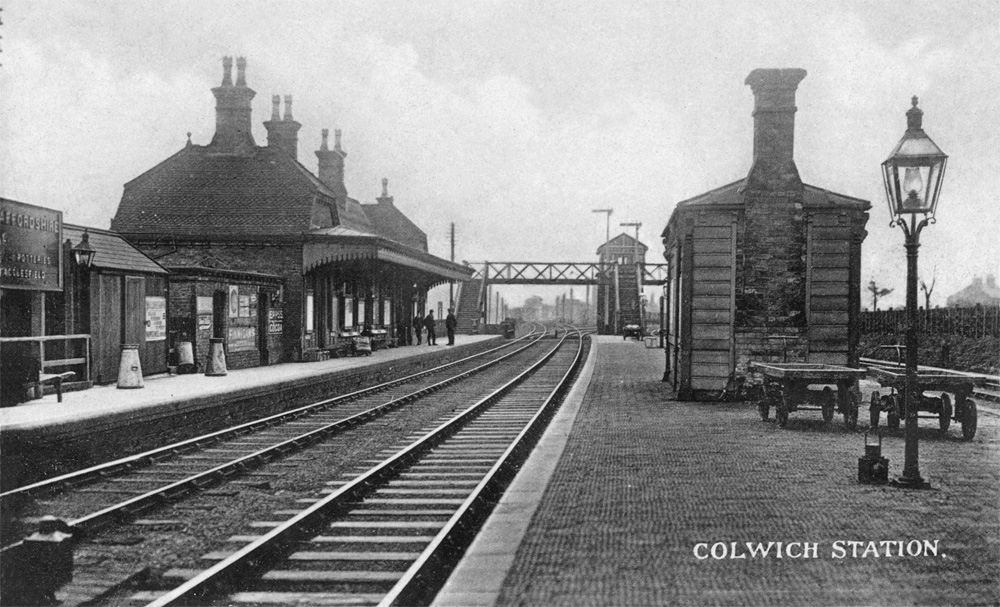 From 'The Railway through Colwich' : Colwich Station on the L&NWR West From 'The Railway through Colwich' : Coast main line, a view looking north towards Stafford. This is a commercial postcard, probably dating from around 1910. NSR trains that terminated here would use the platform on the far right, which only connected with the line to Stone and Stoke-on-Trent. Notice the station sign to the left has reference to changing trains for the Potteries and Macclesfield. John Alsop collection