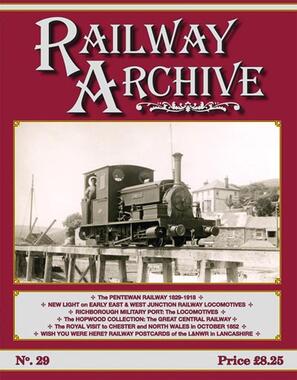 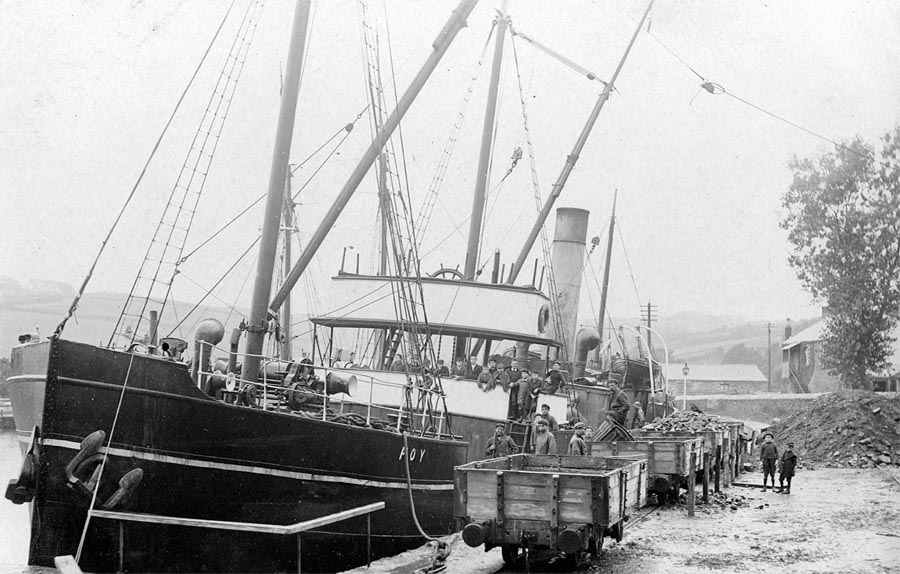 From 'The Pentewan Railway' : The first of three photographs of the coastal steamer Foy of Fowey (for those not aware, both names are pronounced the same!) unloading coal at Pentewan around 1905. Foy was part of the small fleet of steamers operated by Toyne, Carter & Co. of Fowey, started in 1897 by Charles Toyne with the purchase of the secondhand vessel Stockton, built in 1856. As with most small ship companies, the vessel was owned and financed by a separate company set up by Toyne, the Fowey Steam Ship Co. Ltd. These satellite ownership companies protected the main business in the event of the vesselâs loss and Toyneâs model was obviously successful because he went on to set up five more, one for each ship he acquired. In 1898, he bought the 1882-built Deerhound and the following year, having been joined in the business by John Carter, the steamer Norma, built in 1877 and, at 507 gross tons, the largest vessel in their small fleet. In 1900, they commissioned the first of three new builds, the 429 gross ton Torfrey, which was followed by Par in 1902, of 436 tons; both ships were built by the same yard in Paisley and were presumably virtually identical in appearance. Finally, also in 1902, Toyne, Carter & Coâs smallest steamer, the 354 ton Foy, was completed by builders at Workington, as a replacement for Norma, which foundered off the Longships whilst inbound to Fowey with coal from Newport. Here, the coal is being unloaded by hand using baskets into wagons on the quayside. The presence of so many of the village lads, many of whom are on Foyâs bridge, suggests that this visit by a steam coaster was not a regular occurrence. Neil Parkhouse collection