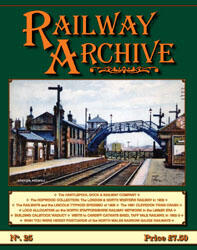 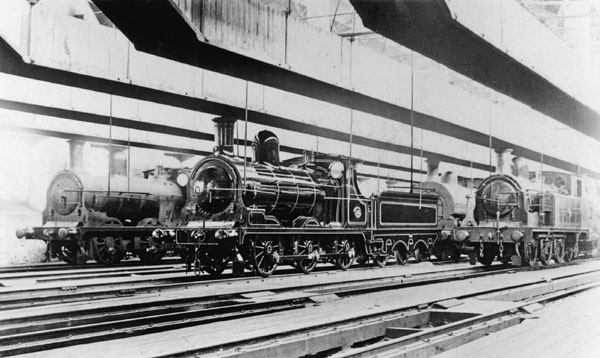 From 'Visits to Cardiff Cathays, Taff Vale Railway, in 1902-3' : Again in 1902, immaculate âKâ Class 0-6-0 No. 154 was photographed inside Cathays shed, providing a vivid contrast with the more careworn engines around it. No. 154 was new from Kitsons just a month before No. 157 in 1885 and was rebuilt to âKâ in 1897. Its sparkling lined black paintwork suggests it has here just been outshopped from overhaul. Note the lack of Company lettering, a feature of the TVR livery, whilst the highly ornate lining, particularly for a goods engine, was carried out in red, yellow and white bands. Demoted to surplus stock as No. 354 in 1919, it was allotted GWR No. 974 but was withdrawn in April 1923 without getting the chance to carry it. Another unidentified âKâ is sat to the left, whilst an 0-6-0 saddle tank can be seen behind No. 154âs tender, with an âO1â Class 0-6-2T on the right. Note the photographer has struggled a little with the lighting of this interior shot but has managed to capture his main subject well. Courtesy The Royal Institute of British Architects