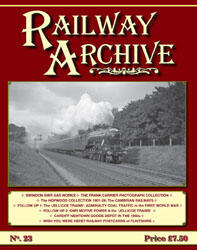 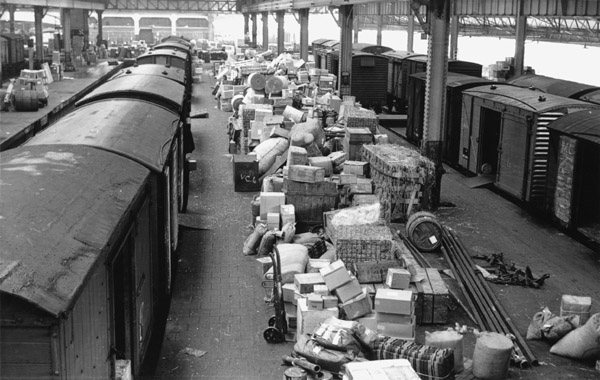 From 'Cardiff Newtown Goods Depot in the 1950s' : A view westwards on Noâs 12 and 13 Roads in October 1954, with two lines of vans having recently completed off-loading. This was Christmas build up traffic (the season always began about three months beforehand), which was waiting space in the cartage areas for loading to delivery vehicles. Note that none of the internal sidings ran right through the depot; they all terminated in the centre, so wagons were shunted in and out from both ends. Perhaps the most striking thing, apparent also from some of the other photographs, is the sheer variety of goods to be seen in just this one small area â a graphic illustration of the railwayâs âcommon carrierâ status.