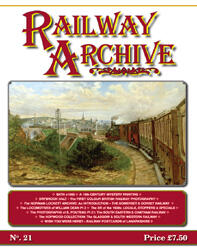 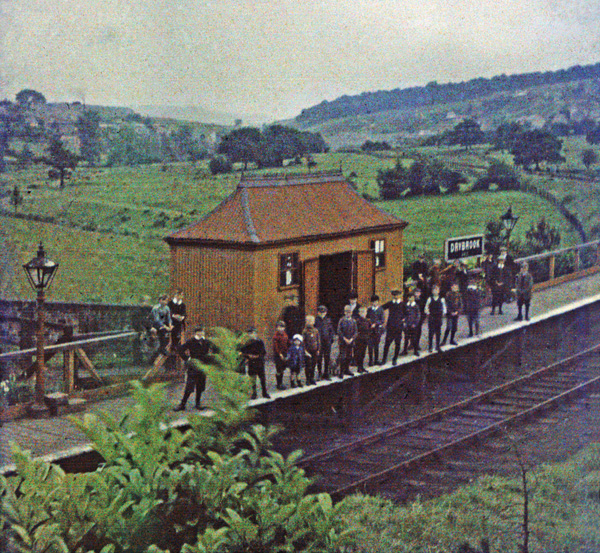 From 'Drybrook Halt, the First Colour British Railway Photograph?': Drybrook Halt, near Cinderford, Forest of Dean, circa 1920, by Claude W. Parnell. A LumiÃ©re Autochrome colour photographic glass slide, image 70mm x 67mm. The slide is in clean condition but the image was slightly underexposed so at first glance looks a little dull but the scan has been lightened on the computer. The halt was situated by an overbridge carrying the narrow Morse Lane over the line, which runs down the hill from Ruardean to Drybrook and it is my belief that this image was taken on a Sunday. The boys are all smartly dressed in their Sunday best and probably walked in procession with Parnell the mile or so down the hill from Ruardean church, with the promise of having their photograph taken on the platform at the halt. There was no Sunday train service and in any case, Parnell probably would not have wanted the 'action' presented by a train. The boys are posed quite naturally but would have had to stand still for several seconds; indeed, a couple have moved and blurred slightly. The colour process has captured the GWR livery of light and dark stone on the pagoda hut and note, too, the white line on the platform edge, which does not appear in any of the pre-WW1 views. The branch curves left after leaving the halt, heading for the cleft between the two hills, beyond which lay the town of Cinderford.