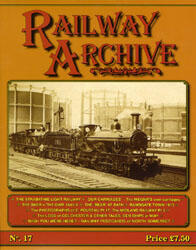 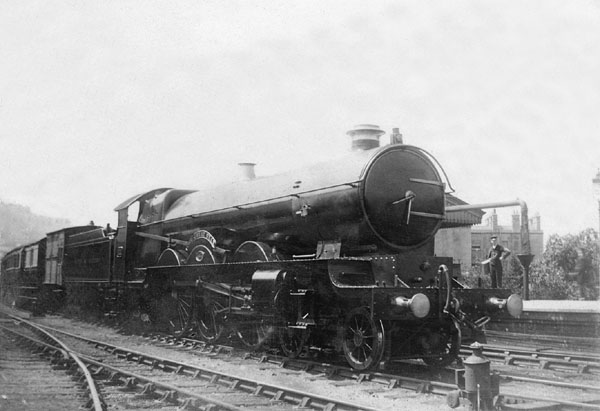 From 'The 'Bear' at Bath': Here No. 111 stands on the middle road at Bath, waiting for the All Clear before moving across to the Up platform with the local stopping train which formed the load for this particular trial. The leading step is clearly visible, just in front of the cylinder. This was removed before the engine entered full service at the end of 1909. Notice also the smokebox damper. Unlike the âStarâ Class locomotives which were being produced at the same time as the âBearâ, No. 111 was superheated from the beginning which, in the view of this writer, gives weight to the suggestion that the reason behind the construction of The Great Bear was more serious than a simple publicity stunt. Incidentally, it should be pointed out that the original prints are not in top condition and much work has been undertaken in cleaning up the scans and generally getting the best out of them for publication, without in any way interfering with their historical integrity.