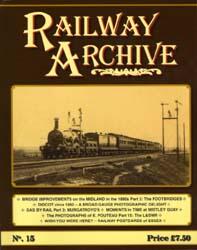 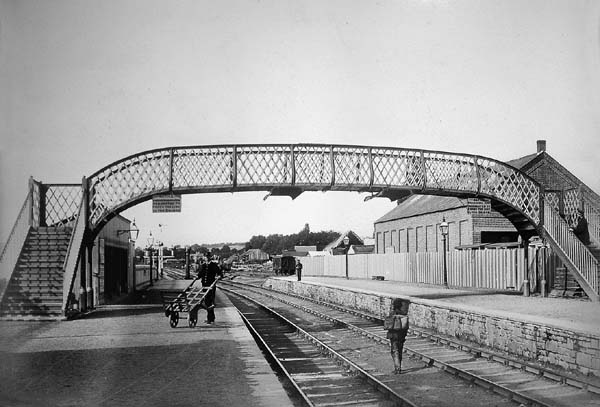 From 'Bridge Improvements on the Midlands in the 1880s: Footbridges': We end our journey round the Midland system, as they undertook this substantial programme of bridge renewals and replacement, at Hay on Wye in 1889, on the erstwhile Hereford, Hay & Brecon Railway. Although this design of footbridge was to become a standard for the company, appearing all over the system, there were many detail variations and this bridge is similar but not identical to that at Stamford. It has a longer span, again caused by the desire to allow the maximum width clearance on the platform. We have no details as to manufacturer, although presumably it was purchased from the same firm as the one at Stamford and it, too, is painted in chocolate and cream, and is equipped with smoke baffles. Note that passengers are only ârequestedâ to cross the line using the bridge â typical Victorian politeness. The view is looking towards Hereford and the only survivor from this scene today is the substantial brick-built goods shed on the right, now in industrial use. Alastair Warrington Collection