Monorails of the Early 20th Century 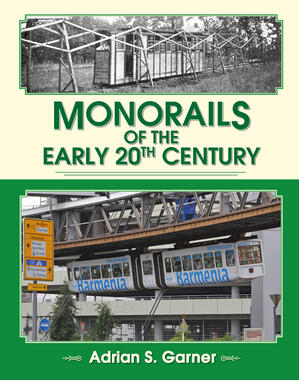 Monorails of the Early 20th Century

This volume follows on from Monorails of the 19th Century and continues the history of monorails from 1900 to just after the Second World War. A detailed history and explanation is provided of the gyroscopic monorails by Brennan, Scherl and Schilovsky, as well as that of the Bennie Railplane. Monorails built outside the UK, in particular in the USA, are also covered including the monorail built and operated in the Death Valley desert during the 1920s. Appendices update the earlier volume with further discoveries and with developments on the Schwebebahn in Germany and the reborn Listowel and Ballybunion Railway in Ireland. The book is based on original documentation and full references are provided to enable further research.

Seen from the rear, the simple construction of the vehicle body is obvious. Just a platform built up from I and L shaped iron joists on which the bogies were pivoted below and the gyroscopic mechanism was secured above. The cab was plain sheet iron without windows necessitated by the strictly limited finance available. The regimental dog clearly did not like the ride (centre of platform) and has moved in this picture! National Library of Congress, LC-B2-921-8 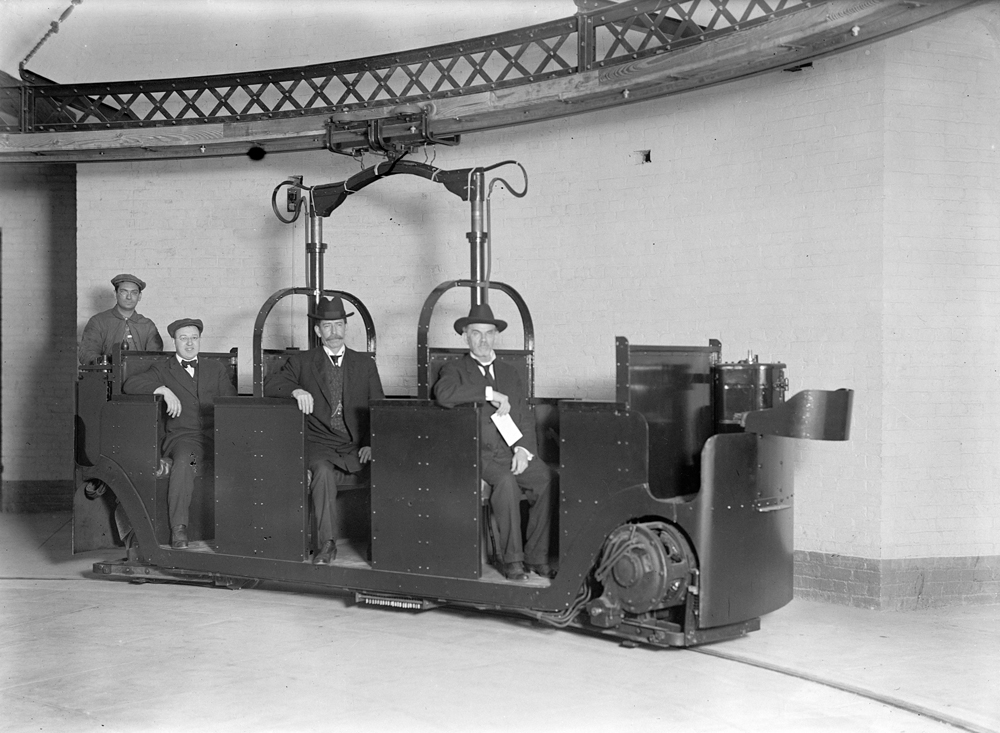 This picture taken on the United States Capitol subway system shows the first type of vehicle after delivery in 1912, was underpowered and required the driver to sit precariously on a raised rear seat. Library of Congress LC-H261-6669