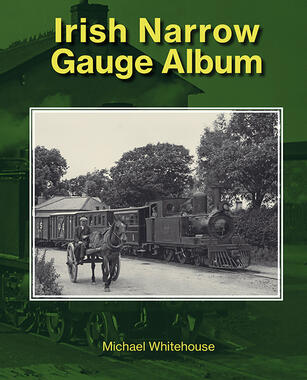 Mysterious, quirky, obscure, obsolete, quaint, bizarre, fantastic, mad â all adjectives that could and have been applied to the myriad narrow gauge railways to be found in Ireland, both north and south. Indeed, most at one time or another have probably been applied to the Listowel & Ballybunion, an almost unique monorail system on the far west coast in County Kerry. A glance at a map of Ireland shows the areas that these lines generally served were rural, remote and sparsely populated. Thus whilst such lines could be cheaply built and maintained in comparison to standard gauge railways, it also meant that they quickly became an anachronism as the 20th century progressed and apart from the Guinness Brewery system, closed in 1965, all of them had gone by 1961, some in the 1950s but several much earlier than that.Â
Fortunately a few hardy souls made regular trips over to Ireland to explore some of these lines, having discovered the delights that the country offered in terms of scenic settings and, in later years, a certain laissez-faire attitude to access and authority. Many, in the first quarter of the 20th century, also enjoyed the attentions of Irelandâs pre-eminent photographer of that time, Walter Lawrence of Dublin, whose stunning collection of glass plate images now resides with the National Library of Ireland.Â
So sit back and in the company of Michael Whitehouse, who has once again delved deep into the family archive established by his late father P.B. âPatâ Whitehouse, which includes the work of many other well-known names such as W. âCamâ Camwell, Henry Casserley, A.W. Croughton and Ron Jarvis, revel in the joys of a visit spanning the fifty year period from circa 1910 to around 1960 and mostly to the remoter parts of the country. We will reach such remote outposts as Kilkee and Kilkenny on the West Clare Railway, Castlegregory and Dingle on the Tralee & Dingle, Schull and Skibbereen, Coachford and Donoughmore on the Cork & Muskerry, and Crosshaven on the Cork, Blackrock & Passage in the Republic of Ireland, along witah the aforementioned Listowel & Ballybunion and Guinness Brewery systems. And in Northern Ireland, to Candona and Burton Port (Londonderry & Lough Swilly), Glenties, Killybegs and Ballyshannon (County Donegal), Arigna, Dromod and Belturbet (Cavan & Leitrim) and Maguiresbridge and Tynan (Clogher Valley), as well as the Giantâs Causeway Tram. Each pictorial chapter is accompanied by an historic essay from a well-known railway historian, in a style that harks back to the original narrow gauge albums compiled by Pat Whitehouse and others in the 1950s and â60s, and replicated in the two colour volumes son Michael has already produced for Lightmoor.Â
This is an Ireland and a way of life for many people that did once exist, fantastical though that may now seem.Â 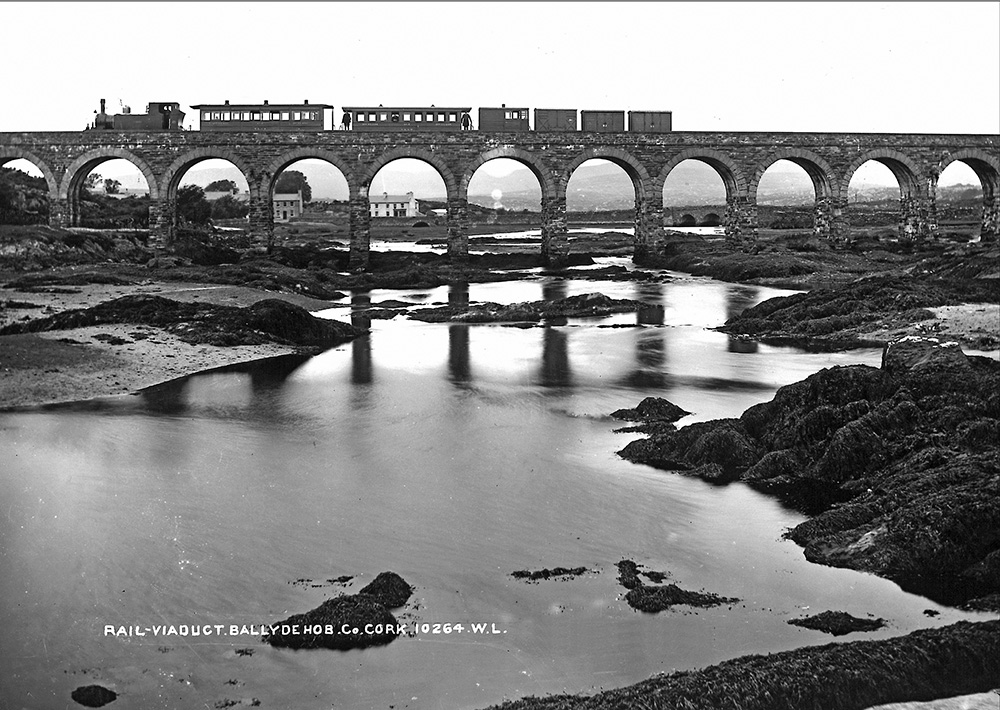 Three foot gauge Peckett & Sons, Gabriel, built in 1906, poses for a publicity picture on the 12 arched Balleydehob viaduct carrying the Schull & Skibbereen Railway over an inlet in Roaringwater Bay estuary, County Cork, around 1908. The locomotive is wearing a spark arrestor on its chimney and hauling carriages Noâs 5 and 7, passenger brake van (probably No. 54) and covered wagons Noâs 31, 32 and 38. The tramway was 15.5 miles long and, apart from this significant viaduct, ran mainly along the roadside from the market town of Skibbereen, connecting with the 5ft 3in. branch to Baltimore, to the fishing village of Schull on the waters of the Bay. [Photo: National Library, Dublin] 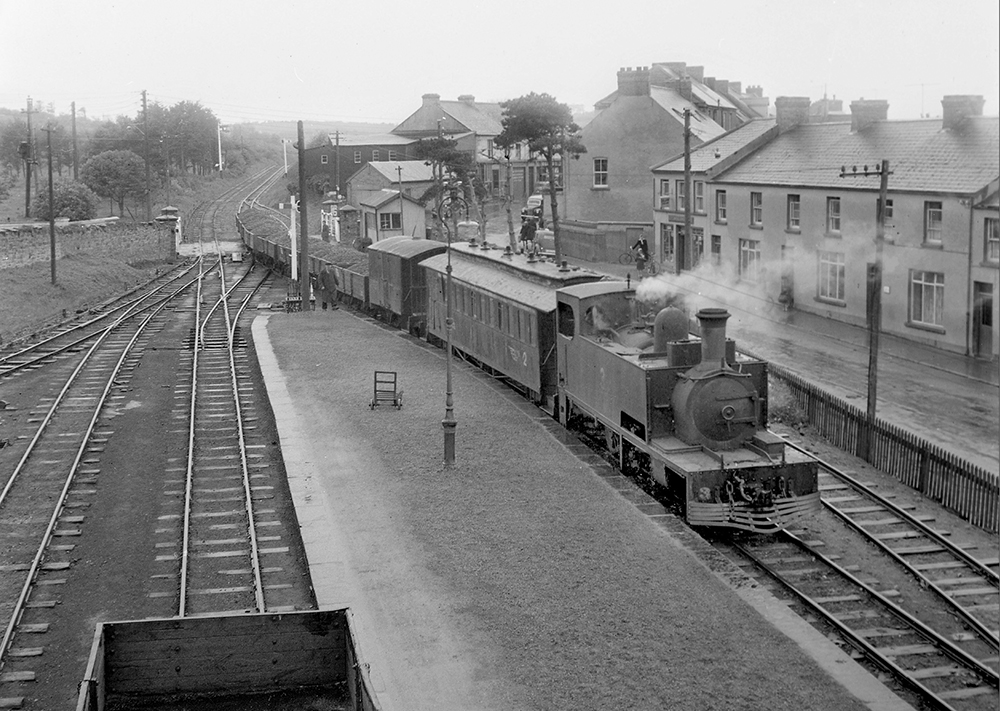 3T arrives at Ballinamore station in August 1957 with a loaded coal train from Arigna. The line is fully signalled and the crossing keeper stands near his hut whilst the train rolls over the crossing while he waits to reopen the gates to the roadway. Even though the railway finances are parlous, the state railway, CIE continue to run it as part of their overall system with no concessions to the narrow gauge in the rule book at least. It has been raining. A girl parks her bicycle outside the shop behind the engine whilst her mother waits, also with her own bicycle.Â