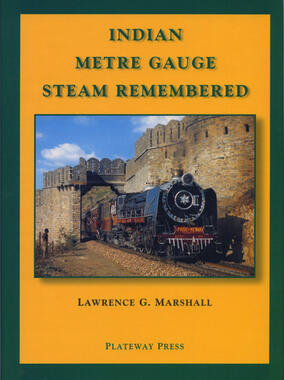 Lawrence Marshall visited India no less than twenty-five times between 1970 and 1994 and photographed steam traction in almost every Indian state. Following his much acclaimed book covering the Indian narrow gauge this book describes and illustrates his travels and experiences on the Indian metre gauge. A substantial number of designs are depicted both in colour and monochrome and many British locomotive builders products are illustrated. The book also covers metre gauge industrial railways where, again, British built locomotives feature strongly. Many of the lines have now been converted to broad gauge whilst others have been closed. Included in the book are full details of the metre gauge locomotives that worked on seven of the nine zonal railways during the time of Lawrence's visits plus lists of all the Indian Railway standard (IBS) designs and the later standard classes. Detailed maps showing the extent of the metre gauge in 1975 and 2001 are included plus a further map showing the locations of the various metre gauge locomotive depots. For purposes of comparison some interesting archive pictures also appear in the book plus some original manufacturers illustrations.