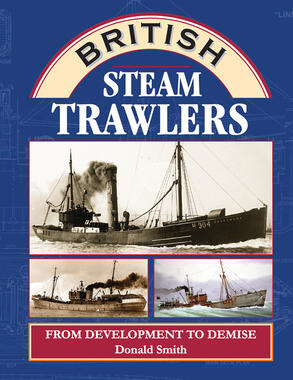 Although many books have been written about the trawling industry, most have been personal reminiscences or fleet and port histories. This one is different, however, in that it takes an analytical look at the ships themselves. The British steam trawler was conceived, evolved and disappeared over the span of a human lifetime. This work attempts to trace their development from the very early paddle tugs of the 1880s, to the large deep-water ships of the 1960s, through photographs and builders plans, many of which have not been published before. It leads the reader through steam trawler design, construction, operation and the ever present unacceptable cost in human life. It covers the builders, owners and trawling ports that were associated with these ships, most of which are now history. The book forms a detailed study of British commercial fishing trawlers and illustrates how ships designed and built by UK shipyards for both foreign owners and the Admiralty were to influence British owners as to how to improve their own vessels. These improvements â to size, crew accommodation, machinery, fishing gear, radios and electronic equipment â are all covered within these pages. 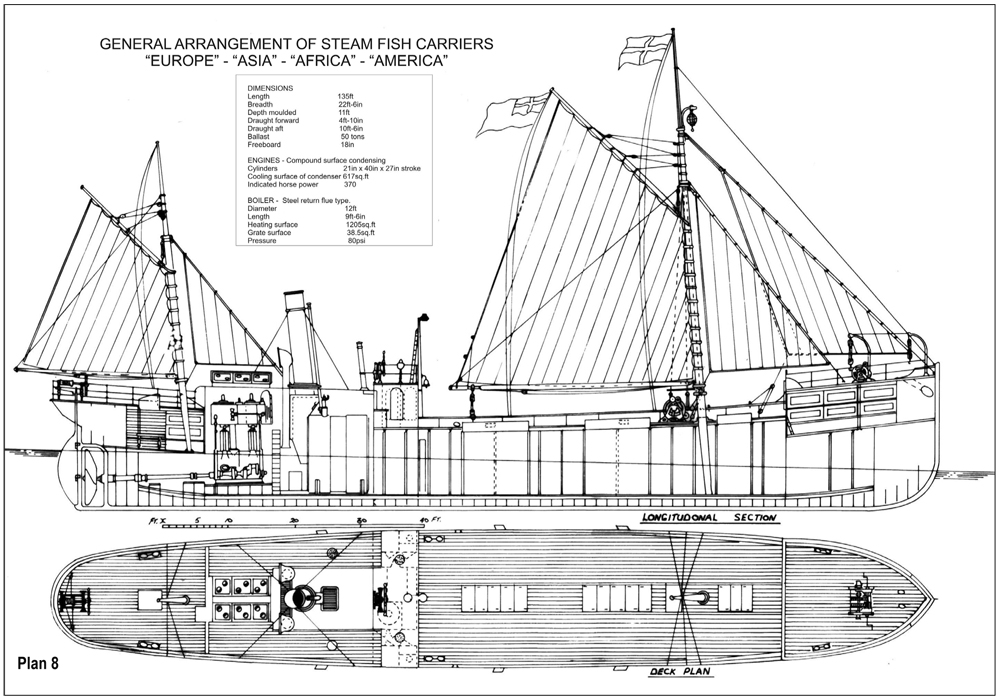 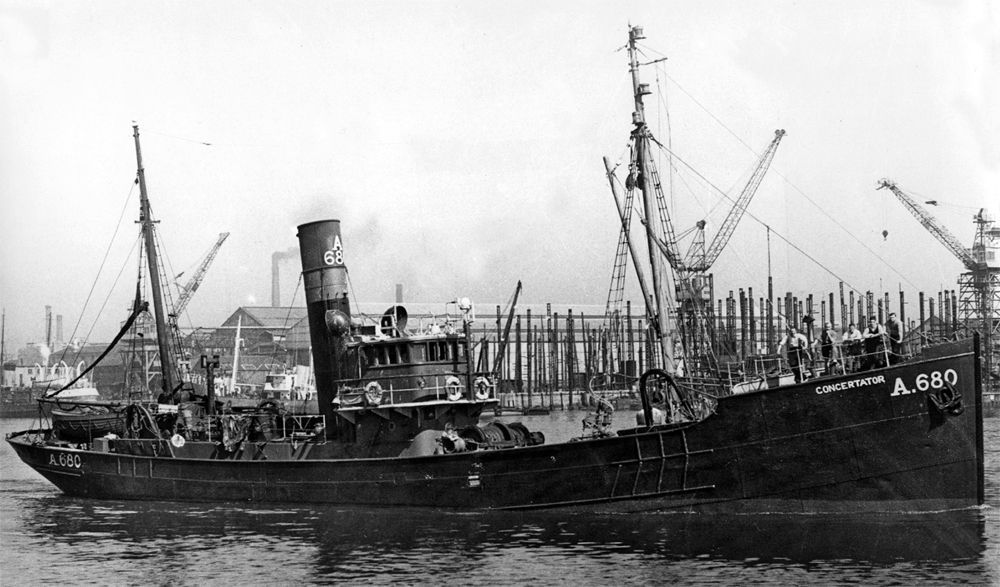 Concertator (A680), was the ex-Admiralty 'Castle' Class John Thorling, built by Smith's Dock in 1917. Sold out of service in 1920 and renamed River Kent, she became FD.75 after being purchased by the River Steam Fishing Co. Ltd. Fleetwood. Sold in 1939 to T.L. Devlin of Leith as Concertator (GN.8), she was requisitioned that year as a minesweeper and sold in 1945 to J. Marr & Son, Fleetwood as FD.276. She is seen passing Hall, Russell's yard in the 1950s, with her new Aberdeen fishing number but prior to being renamed Thomas Stephen by her owners the Stephen Fishing Co. Ltd, Aberdeen.