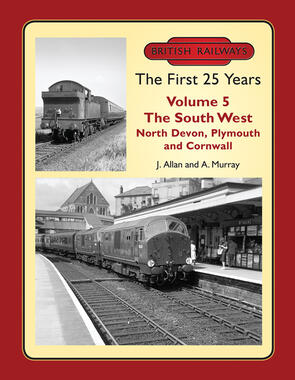 sold out
The fifth volume in a series of books examining the first twenty-five years of British Railways, which will eventually cover the whole of Great Britain. Following on from Volume 4, which dealt primarily with the lines in Devon, this volume covers the south west of England from Plymouth westwards into Cornwall, with emphasis on that interesting transitional period of the late 1950s and early 1960s. Included here are the North Devon lines of the Southern Region which had much in common with their Cornish counterparts. There was heavy seasonal holiday traffic on Summer Saturdays and at Bank Holidays, while on weekdays everything was less hectic and more peaceful, especially on the branch lines serving the rural communities. There was also a lack of heavy industry, except in very localised areas such as the dockyards and in the China Clay areas. Dieselisation and rationalisation came early to the area and Doctor Beechingâs axe hit the areaâs branches hard. Steam west of Exeter had gone by 1964, however the dieselisation had a character all of its own. The atmospheric photographs, as with previous volumes, cover steam and diesel traction, express, freight and shunting engines. âKingsâ, âCastlesâ, âCountiesâ, â14xxâ and âPrairiesâ contrast with Bulleid Pacifics, âM7's, âT9's and âNâ Class Moguls, whilst pre-TOPS diesels including the heavyweight North British âD600â Type '4's and the smaller Type '2' 'D6300's are also featured. In contrast are the three elderly Beattie Well Tanks and the Wenford Bridge Branch. With the usual varied mix of lineside action and depot pictures, as well as plenty of unusual shots, backed up by extensive and informative captions â this volume expands our coverage of the lines in the south west of England and complements previous volumes in the series. 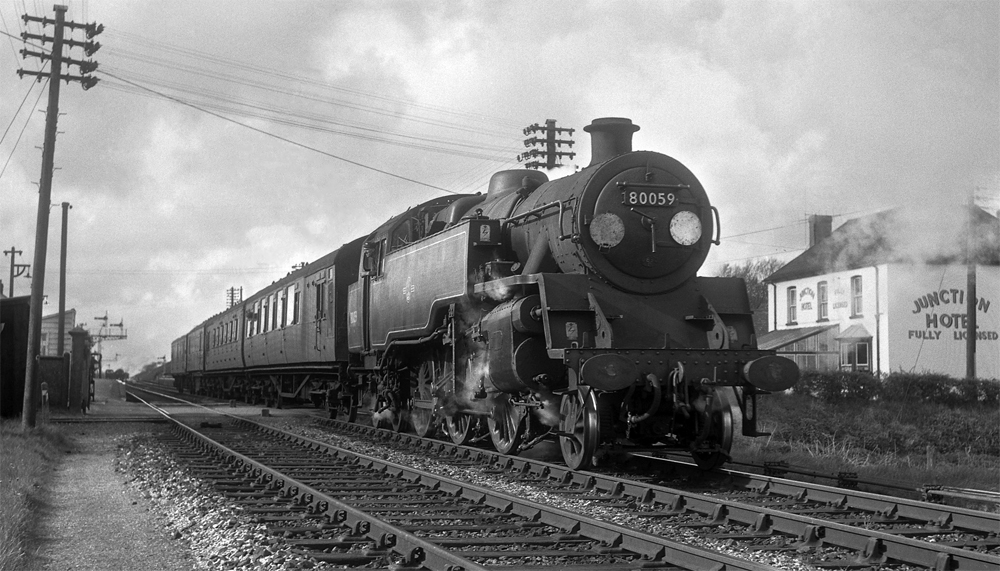 No. 80059 departs from Halwill Junction on a Padstow train in the early 1960s. Displaced by the Kent Coast electrification, nine BR Standard 2-6-4Ts were transferred to Exmouth Junction in June 1962, working the Exmouth and Sidmouth services and on the Bude Branch. They also substituted for âNâ Class 2-6-0s on the Ilfracombe and Torrington trains. On the dispersal of most of Exmouth Junctionâs steam allocation in September 1964 No. 80059 went to the Somerset & Dorset shed at Templecombe. On the right is the âJunction Hotelâ which is still there today and is now trading as the âJunction Innâ. The line from Meldon Junction to Halwill Junction and westwards to Wadebridge and Bude was closed on 3rd October 1966. 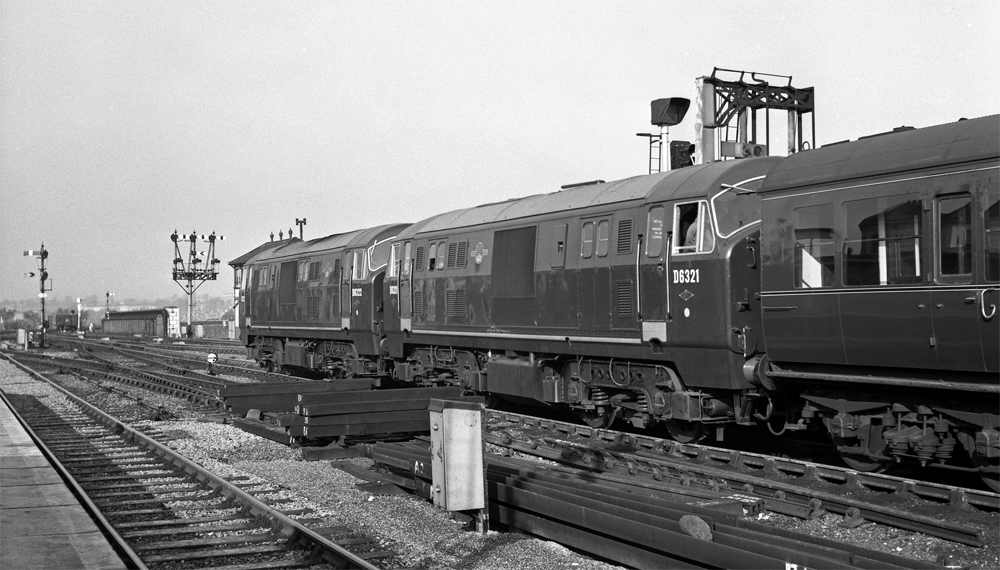 The North British Type â2sâ often operated in pairs in Cornwall during their early years where their maximum permitted speed of 75mph was not an operational issue. Noâs D6322 and D6321 entered service in April 1960 and their condition suggests this picture was probably taken later in that year.