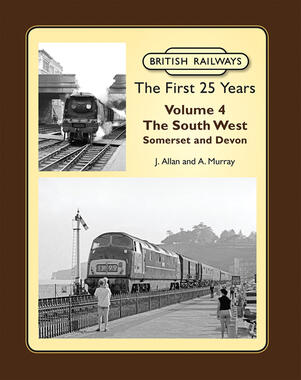 The fourth volume in a series of books covering the first twenty-five years of British Railways, which will eventually cover the whole of Great Britain. This volume explores the main lines and branches in the South West of England from Taunton on the Western Region and Seaton Junction on the Southern Region, westwards through Somerset into Devon and then along the main lines from Exeter to Plymouth; the latter city will be covered in Volume 5 of this series, along with the North Devon lines of the Southern Region. The South Devon lines of the Western Region are included here with one branch that was effectively part of the main line, with âKingsâ working through on expresses to Torquay and âCastlesâ down to Paignton and Kingswear. The railways in this part of the country developed with a character all of their own, perhaps because of their geographical location well away from their London headquarters. They had to deal with heavy seasonal holiday traffic necessitating running passenger trains in two parts with relief trains on Summer Saturdays or at Bank Holidays, while on weekdays everything was less hectic and more peaceful, especially on the branch lines serving the rural communities. There was also a lack of heavy industry, except in very localised areas such as the dockyards. This combination together with the geography of the area and the iconic sight of the main line clinging to the cliffs at Dawlish and Teignmouth attracted so many of us to âGo West young manâ. As with previous volumes, the atmospheric photographs cover steam, diesel and electric traction, express, freight and humble shunting engines. Everything from âKingsâ and âCastlesâ to âBattle of Britainâ and âWest Countryâ classes, as well as their early diesel replacements, including the Western Regionâs short-lived Hydraulics. There are oddities too including the Southernâs Exeter banking engines. There is a mix of action and depot pictures, as well as plenty of unusual and âquirkyâ shots, backed up by extensive and informative captions â all in all a perfect companion to the previous volumes in the series. 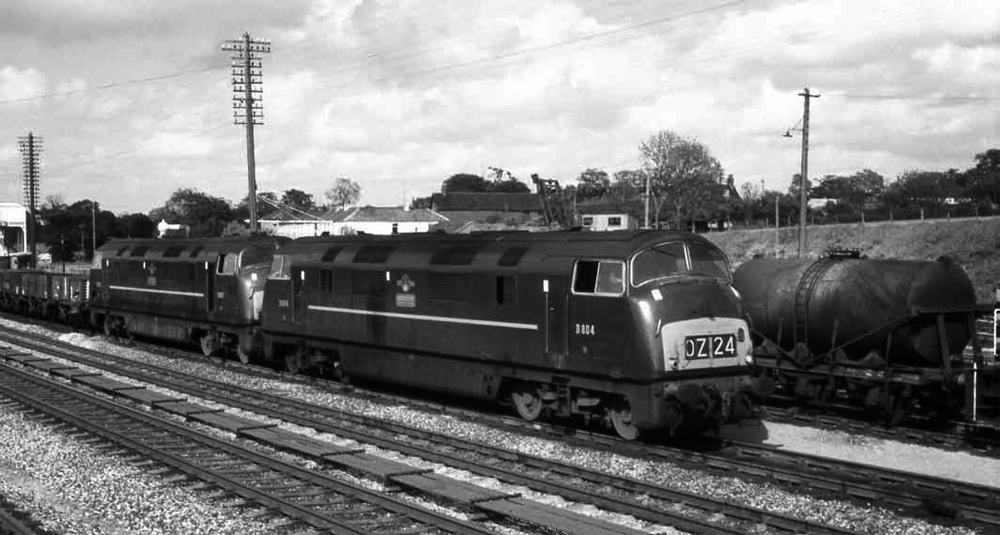 A very rare pairing of two âD800sâ on a freight duty, recorded on 22nd May 1966 at Tiverton Junction. At the front is No. D804 Avenger, which is best known for its high speed exploits on the inaugural Up run of the accelerated âBristolianâ in June 1959 and it is leading No. D807 Caradoc. Although Avenger had a four-character headcode panel fitted in September 1963, the 0Z24 code which it contains is somewhat incorrect for this train. 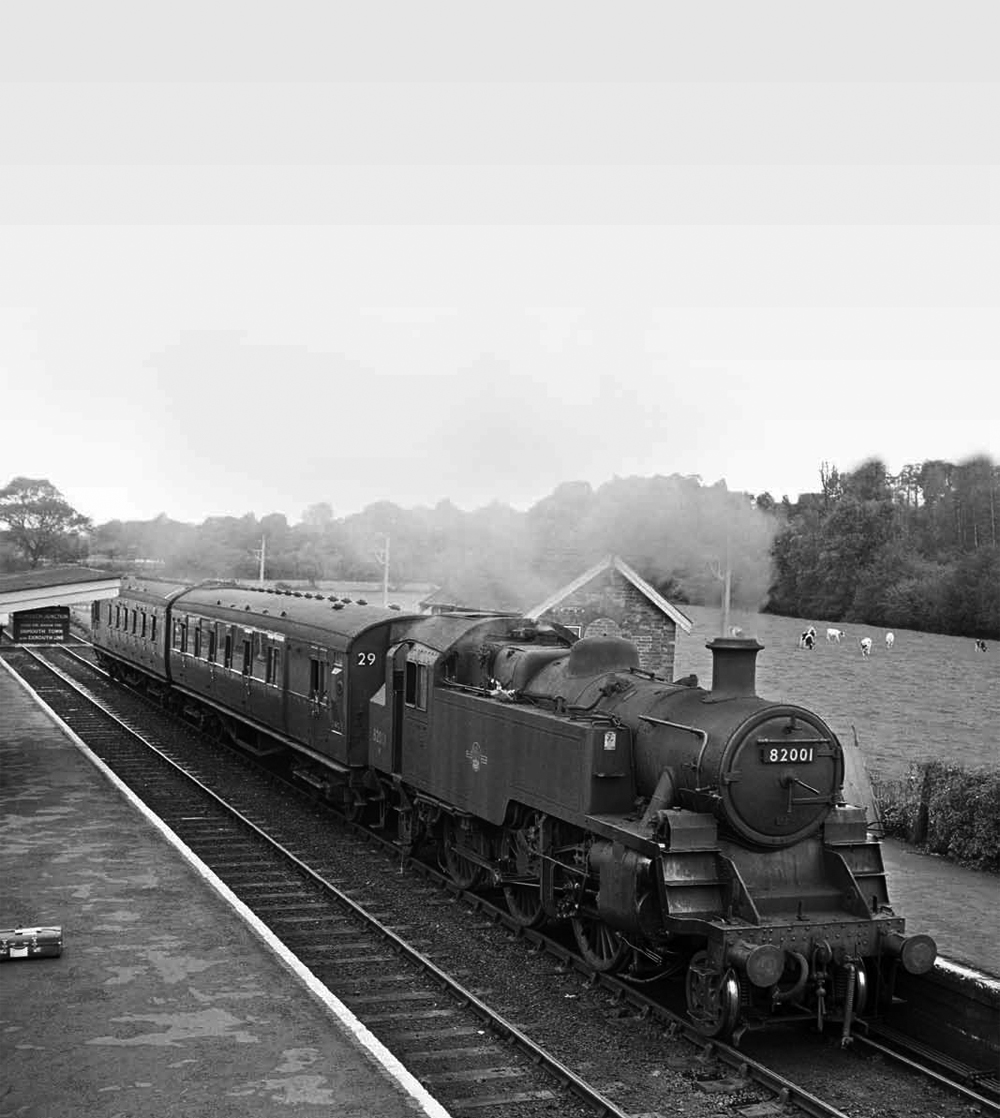 BR âStandardâ Class â3â 2-6-2T No. 82001 in lined green livery at Tipton St. Johns, with the 12.30pm to Sidmouth on 2nd November 1963. The engine had been transferred to Exmouth Junction from Hereford in April 1963 and moved away to Taunton at the end of the year. The hanging sign under the platform canopy reads âTHIS PLATFORM FOR SIDMOUTH JUNCTION - OVER THE BRIDGE FOR SIDMOUTH TOWN - ALSO EXMOUTH LINEâ.