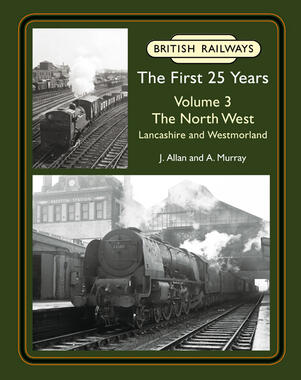 This is the third in a series of books covering the first twenty-five years of British Railways, which will eventually cover the whole of Great Britain. This volume explores the North West of England, through the county of Lancashire to the open fells of Westmorland. Travelling mainly over former L&NWR, L&YR and Furness Railway lines, our journey begins just north of Crewe and heads north along the West Coast main line to Warrington. We visit Merseyside, Liverpool and the Docks, including the Liverpool Overhead Railway, before continuing north to Wigan. We pay a visit to the Vulcan Foundry at Newton-le-Willows, the Central Wagon Company at Ince and the sheds at Wigan, Springs Branch and Lostock Hall before negotiating the complex series of junctions leading into Preston. The countryside opens up beyond Preston and we detour west to explore the Fylde Coast and the holiday resort of Blackpool, before resuming our journey north to historic Lancaster and the famous station at Carnforth, where the old Furness Railway line branches off to serve the southern Lake District. We then visit Morecambe Bay, including the holiday resort of Morecambe and port of Heysham. The branch stations at Windermere and Kendal are recorded before we regain the main line and pass through the picturesque Lune Gorge to Tebay, finally climbing over Shap summit to complete our journey at Penrith. The atmospheric photographs cover steam, diesel and electric traction, express, freight and humble shunting engines. Everything from âCoronationsâ, âRoyal Scotsâ and âJubileesâ to the now long-forgotten electric units on the Lancaster to Morecambe and Heysham line. There is extensive coverage of freight working, including the rarely photographed lines around St. Helens, finishing off with a study of the final year of steam operation around Carnforth. There is a mix of action and depot pictures, as well as plenty of unusual and âquirkyâ shots, backed up by extensive and informative captions â all in all a perfect companion to the previous volumes in the series. 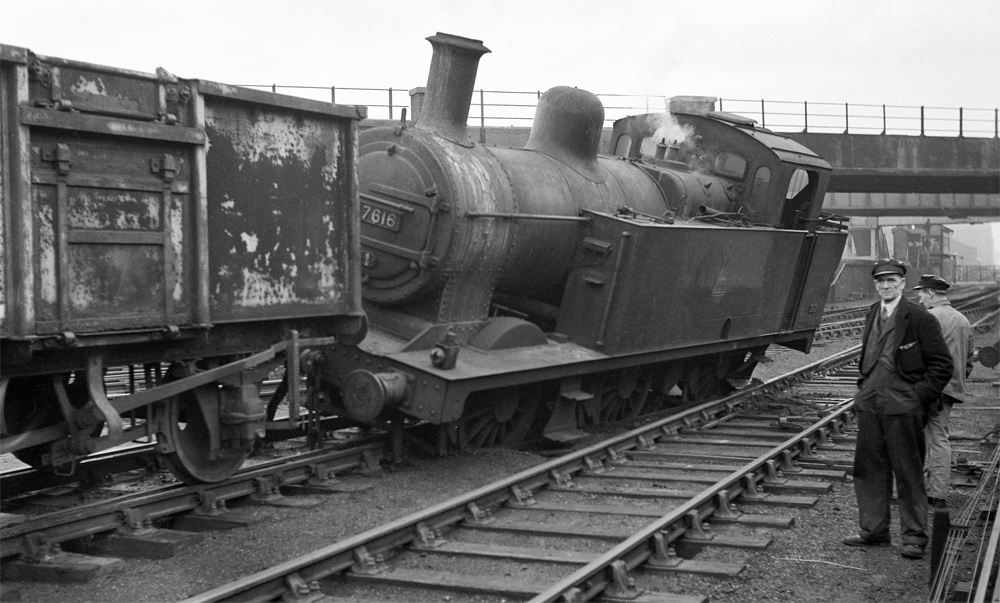 Wonder what happened here? Local â3Fâ 0-6-0T No. 47616 has settled nicely into the four-foot although the 16T mineral wagon in front of it is still on the track. The lack of trackwork behind the âJintyâ and the wagon standing on non-shiny point blades would suggest the engine has run off the catch points. 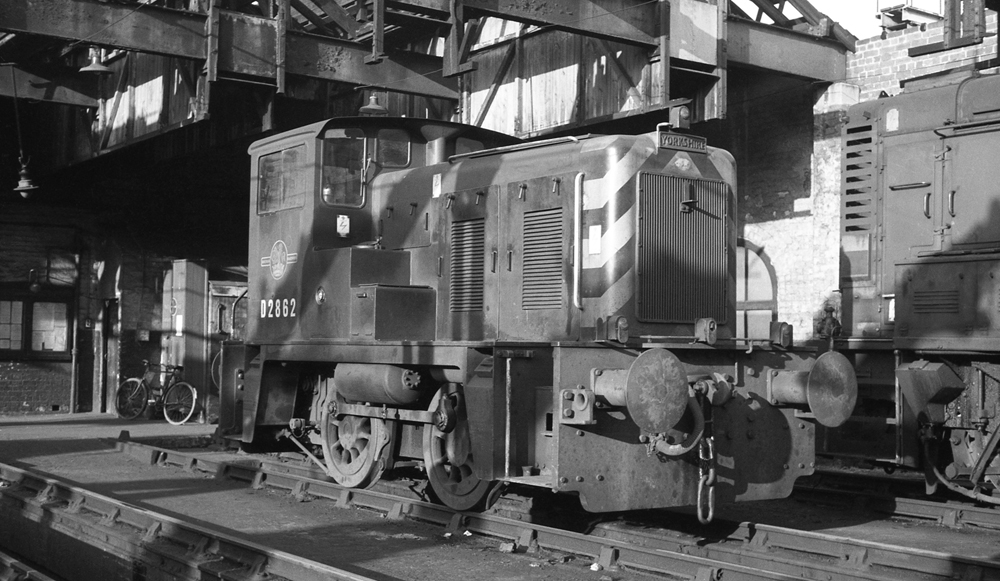 This little Yorkshire Engine Company 170hp shunter came to Preston in October 1964 when the traffic at Fleetwood no longer justified its services. Officially allocated to Lostock Hall, No. D2862 was used in the nearby tightly curved Greenbank Yard and stabled at the roofless Preston L&NWR shed, only returning to Lostock Hall for servicing. Like the little Kitson 0-4-0STs it replaced, its wheelbase was too short to activate the track circuits through Preston Station so could become âlostâ, and therefore required a chaperone for main line movements.