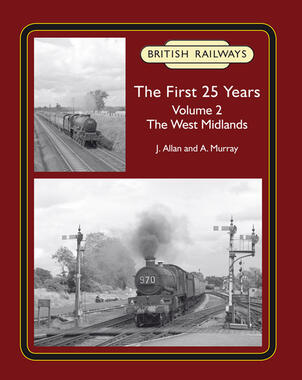 The second in a series of books, depicting the first twenty-five years of British Railways, which will eventually cover the whole of Great Britain. This volume looks at the West Midlands, starting at Rugby and following the two main ex-L&NWR routes as far as Stafford on the West Coast main line, and to Coventry, Birmingham New Street and Wolverhampton. The former Midland Railway lines from Burton to Bromsgrove via Birmingham and the Camp Hill line are covered in some depth. There are extensive chapters on New Street station and the GWRâs Snow Hill station, together with their associated suburban routes. The less photographed lines in the Black Country, operated by both the London Midland and Western regions, were full of industrial interest and contrast with one of the steam eraâs favourite locations, the Lickey Incline. The picture selection ranges from âCoronationsâ, âPrincessesâ and âRoyal Scotsâ on the West Coast main line and âKingsâ and âCastlesâ on the Western Region expresses, to the humble freight engines trudging through the industrial areas. There are early diesel prototypes on the LMR, the newly introduced DMUs on the suburban lines, the glamorous âBlue Pullmanâ, gleaming new âWesternâ hydraulics and the short lived âLionâ prototype. More mundane diesel classes that worked the area after dieselisation are of course covered, as they took over from the ailing steam classes. There are several special features, including the 1960s rebuilding of New Street station and the journey of No. 46235 City of Birmingham through the city streets to the old Science Museum. There is a good mix of action and depot pictures, along with plenty of unusual and âquirkyâ shots, all described in comprehensive captions. 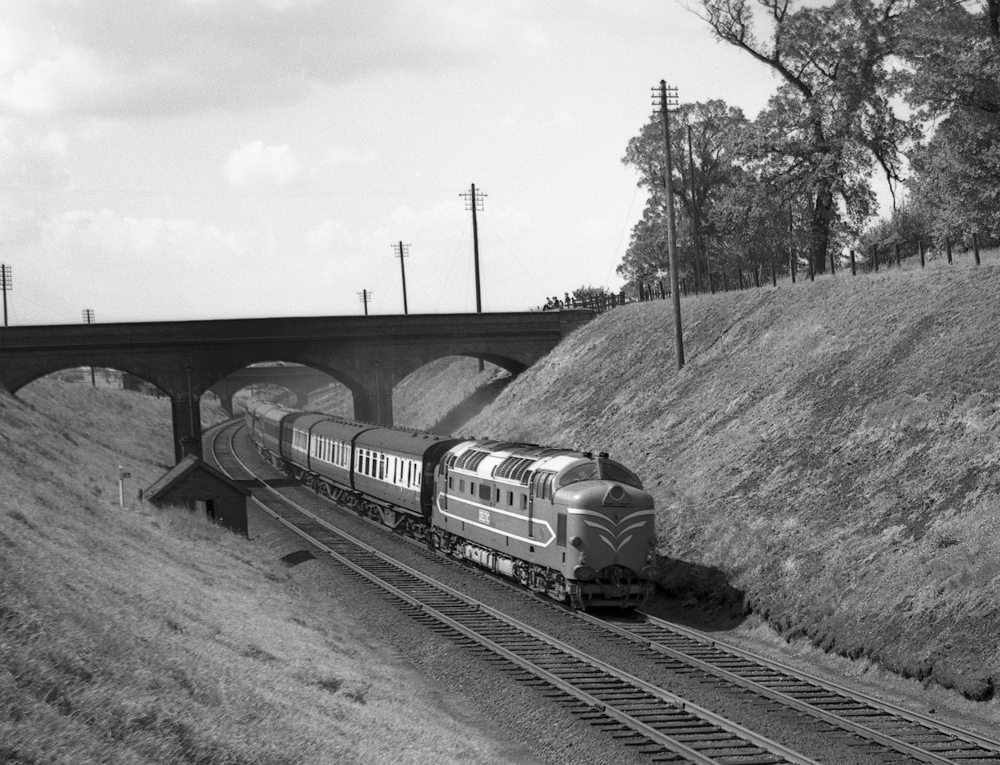 The English Electric 3,300 hp prototype Deltic in 1956 on the northern outskirts of Lichfield, passing Milepost 117 at Netherstowe Lane, watched by a group of spotters who were no doubt intrigued by the stunning pale blue diesel. Deltic ran on the West Coast main line from late 1955 until the end of1958, usually working a regular Euston-Liverpool diagram. In June 1957, its schedule was changed to include an additional round trip between London and Crewe daily, in order to show that English Electricâs claims for the intensive running made possible through its low maintenance requirements were valid. Delticâs day began with the 12.37am from Crewe to Euston, followed by the 7.55am from Euston to Liverpool, the 2.10pm back to London and ending with the 7.20pm to Crewe. This produced a total daily mileage of 703, which the locomotive worked for six days each week. In January 1959, it left the London Midland, when the Eastern Region finally got its hands on the prototype of the fleet which they had ordered nearly a year before. 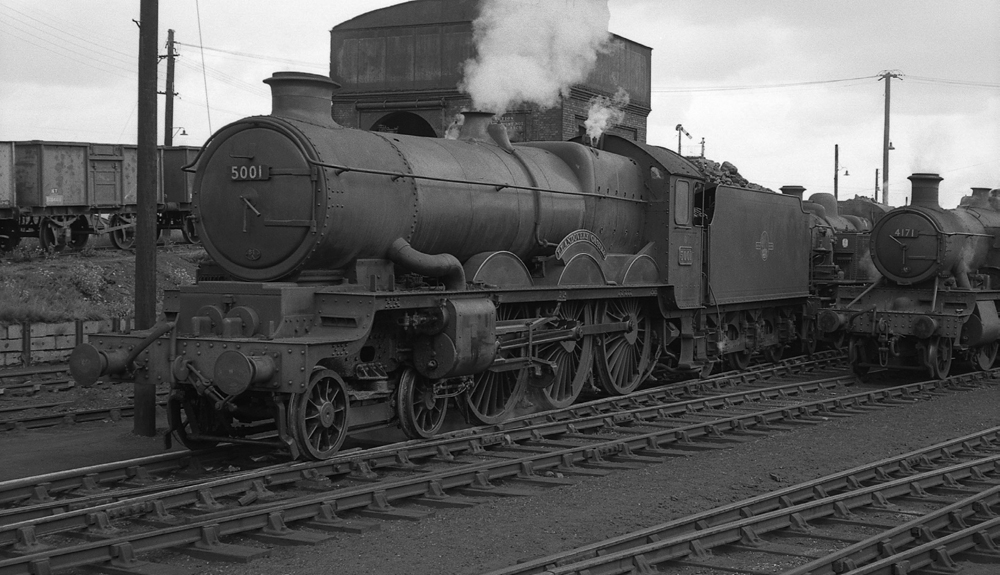 âCastleâ No. 5001 Llandovery Castle at Leamington on 11th June 1962. Its appearance is not helped by the double chimney fitted a year earlier and its third different Hawksworth flat sided tender; this one was acquired in July 1961. These tenders were introduced during the Second World War with the âCountiesâ and the âModified Hallsâ but subsequently found their way behind a number of the earlier engines. No. 5001 was allocated to Old Oak Common when pictured and remained there until withdrawn in 1964.