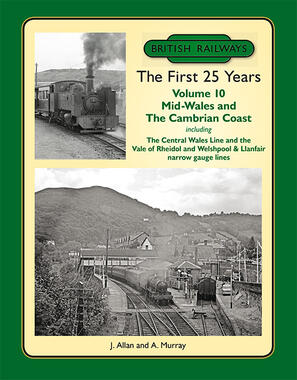 This is the tenth in a series of books depicting the first 25 years of British Railways, and which will eventually cover the whole of the UK. This volume covers the lines in mid-Wales, from Oswestry out to the Cambrian Coast. We start at Ruabon, following the line to Bala Junction, taking the branch to Blaenau Ffestiniog before resuming our journey west. Forking north at Barmouth Junction (Morfa Mawddach) to Barmouth itself we go up the coast to Portmadoc and on to the terminus at Pwllheli. Returning to Barmouth Junction we turn south to Aberdovey and reach Dovey Junction where we take the line to Aberystwyth to allow a visit to the Vale of Rheidol narrow-gauge line. We return to Dovey Junction and go east through Machynlleth to Moat Lane Junction and diverting onto the former Mid-Wales Railway down to Three Cocks Junction. This line crossed the former L&NWR Central Wales line at Builth and so we cover the part of that line in Mid- Wales, from Craven Arms as far south as Llandovery. Resuming our journey at Moat Lane Junction we stop at Welshpool to visit another narrow-gauge line, the Welshpool & Llanfair, before our final leg to Oswestry, pausing briefly along the way to travel down the short branch to Llanfyllin. Oswestry was the headquarters of the Cambrian Railways and we end with a visit to the depot and works there. In the first few years after nationalisation Cambrian Railwaysâ 0-6-0s and GWR âDean Goodsâ 0-6-0s, â2251â 0-6-0s, â43XXâ 2-6-0s, â45XXâ 2-6-2Ts and âEarlâ (90XX) 4-4-0s continued to work over these lines. In the early 1950s LM&SR Ivatt and BR Standard â78XXXâ Class â2â 2-6-0s took over many of their duties. In 1943 the first âManorâ class 4-6-0s arrived and in the 1950s were joined by BR â75XXXâ Class â4â 4-6-0s; they replaced the â43XXâ 2-6-0s and the â90XXâ 4-4-0s on the principal passenger services. Finally, in the early 1960s the last GWR engines were ousted as more BR Standard classes arrived after they were displaced elsewhere, the â82XXXâ Class â3â 2-6-2Ts, â80XXXâ Class â4â 2-6-4Ts and more â75XXXâ 4-6-0s. On the Central Wales line change came slower with the pre-war allocations of Fowler 2-6-4Ts, Stanier Class â5â 4-6-0s and even âJubileeâ 4-6-0s working the Shrewsbury-Swansea passenger services until 1964 with L&NWR 0-8-0s and â8Fâ 2-8-0s handling the freight traffic. 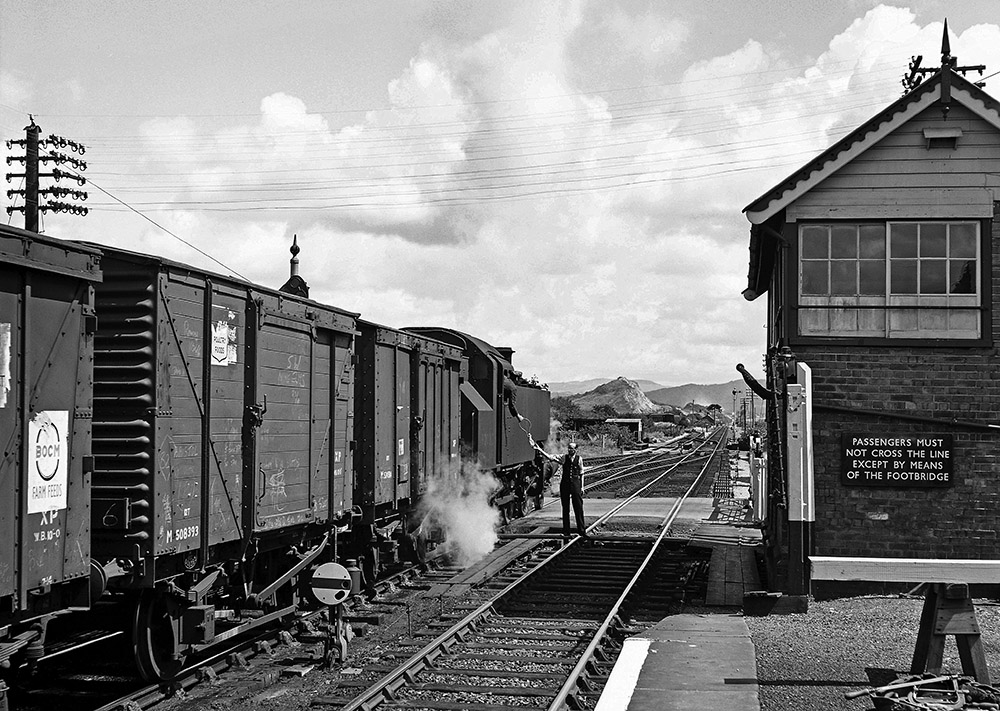 The signalman hands over the single line token for the section to Barmouth before BR Standard Class â3â 2-6-2T No. 82032 leaves Portmadoc with its goods train on 25th July 1963. The track to Barmouth ran in a straight line for some distance before turning to the right to follow the coast. The first three 12 Ton vans in the train are of late LM&SR design and have large sliding doors, the first two being No. M524504 with plywood sides and No. M508393 with planked sides; they carry pasted labels indicating animal feeds have been recently carried. Brian Stephenson 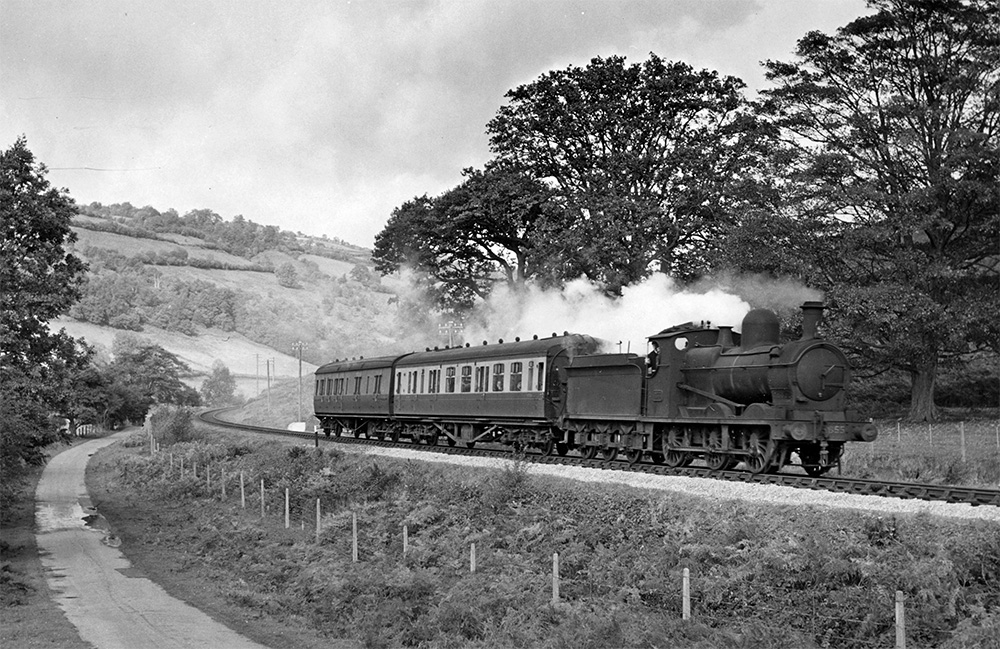 From September 1926 the line between Moat Lane and Three Cocks was limited to a 14-ton axle-load, but in the 1930s the renewal of ex-Cambrian 72lb double-head rail began which would enable the line to become a âYellowâ route, although the work was not completed until 1940. From December 1940, the âYellowâ restricted Cambrian Railwaysâ Class â15â engines were allowed to work between Moat Lane Junction and Brecon, subject to a speed restriction. Class â15â 0-6-0 No 855 heads a two-coach train from Moat Lane Junction to Brecon near Erwood on 10th October 1950. Built as Cambrian Railways No. 31 by Beyer, Peacock & Co. in May 1919 it was renumbered after it came into Great Western Railway ownership in 1923. The Class â15â was the last 0-6-0 design built for the Cambrian Railways and the first Cambrian engines to be built with Belpaire fireboxes. They were rebuilt by the Great Western Railway in the 1920s and 1930s with new boilers, all except one having the Standard No. 9 superheated boiler. No. 855 was the second to be modified, in October 1924, and with its brass safety-valve cover has the appearance of a Swindon product. It was the last of the class in service when withdrawn in October 1954 after new Class â2â 2-6-0s arrived on the former Cambrian system. No. 855 was allocated to Oswestry throughout its time under British Railways.