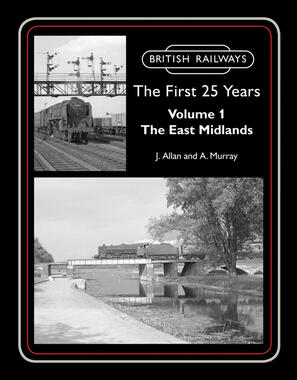 sold out
The opening volume in a series of books illustrating the first 25 years of British Railways, which will eventually cover the whole of Great Britain, with all of the photographs coming from previously unpublished collections. This first volume, on the East Midlands, travels roughly from Nottingham in the north, via Derby, Burton on Trent, Leicester and Wellingborough, southwards down to Bedford. We visit the Great Central Railway London Extension, former Great Northern Railway lines around Nottingham â including the magnificent joint GNR and GCR Victoria station â and the Midland Railway main line and its associated cross country branches. We also call in at Derby Works and the main depots such as Colwick, Toton and Wellingborough. The industrial lines around the Nottingham coalfield are not forgotten and there are many photographs of the reasons for the building of our railways originally, showing freight workings and particularly the coal industry. Our selection of pictures also covers the pre-TOPS diesel era, as well as 1950s and â60s London Midland and Eastern Region steam. There are photographs of all the main classes associated with the area in steam days, ranging from the âGarrattsâ, through the glamorous named passenger classes to the numerous freight classes often working out their last few years, finally finishing with the essential shunting tanks. There are also a number of special features including a look at the Crosti â9Fsâ at Wellingborough, early diesel prototypes at Derby, a trip on the Desford to West Bridge Branch and a spectacular accident at Turvey on the Bedford-Northampton line. There is a mix of action and depot pictures, as well as plenty of unusual and âquirkyâ shots amongst the 500+ photographs contained within, all backed up by extensive captions. 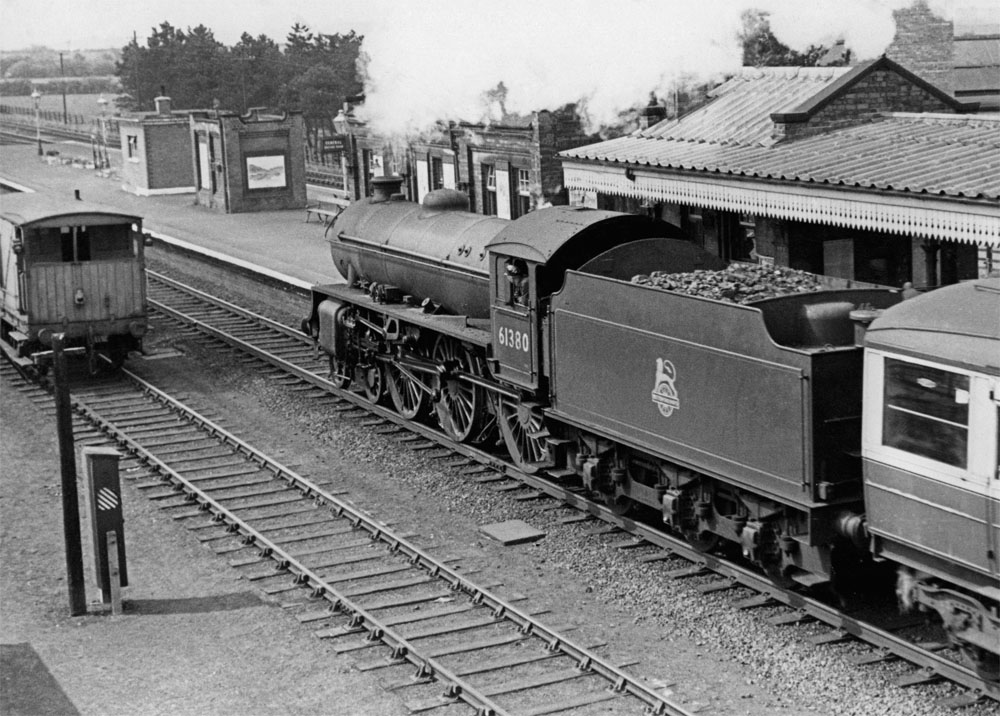 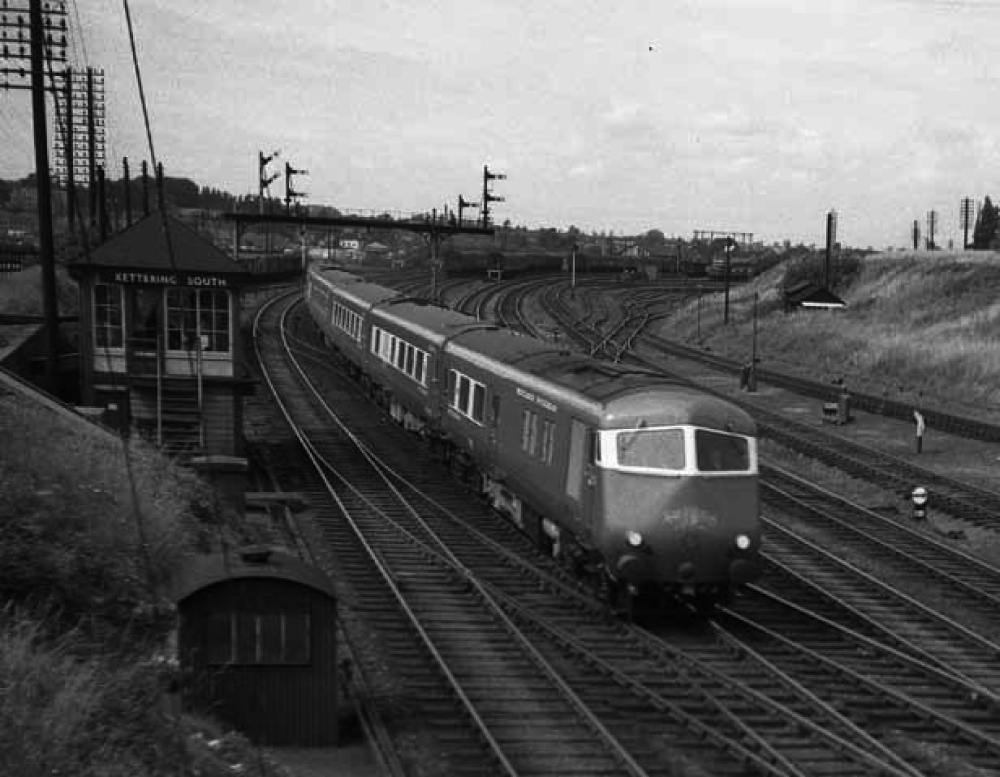 The âMidland Pullmanâ on 24th July 1960, passing Kettering South signal box on its inaugural trip, having been officially launched to the press on 4th July. Designed and built by Metro-Cammell of Birmingham, these luxury trains were introduced on the London Midland Region in 1960 while the West Coast Main Line was being electrified. Two six-car sets ran between Manchester Central and St. Pancras through the Peak District, avoiding Derby by running via Chaddesden Sidings. The striking livery of Nanking Blue was relieved by a broad band of white extending the length and width of the windowed section along the side of each car. The Pullman Company crest was carried on the nose end of the power cars.