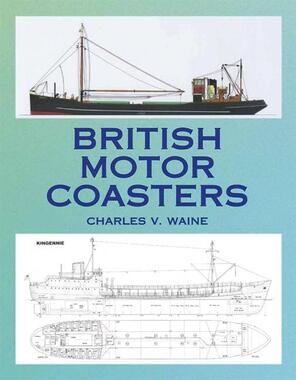 This important book documents the history of the British Motor Coaster. The opening chapter looks at the engines used to power these vessels and then moves on to record some of the pioneering motor ships built just before the First World War. The subsequent chapters take decades in history, from the 1930s, through the Second World War and just after, up to the final British-built motor ships of the very early 1990s. Several of the chapters have sub sections covering tanker vessels, whilst the size of the ships covered range from the tiny just under 100-ton coasters of the early years up to the near 5,000 tonners of the early 1980s. The text is enlived with the descriptive memories of men who worked on or with various of the craft mentioned and the book is illustrated throughout with a copious number of highly detailed shipsâ plans, along with a selection of photographs showing some of the vessels at work. There is also a 16 page colour section illustrating a number of the ships described.Â  Charles Waine is an acknowledged expert on coastal and short sea shipping, having self published a series of seminal books on the subject in the 1970s, â80s and â90s. This history of the British Motor Coaster fits well with these earlier volumes and is sure to find favour with maritime historians and ship modellers everywhere, as well as anyone with an interest in the story of the British coasting trade.Â 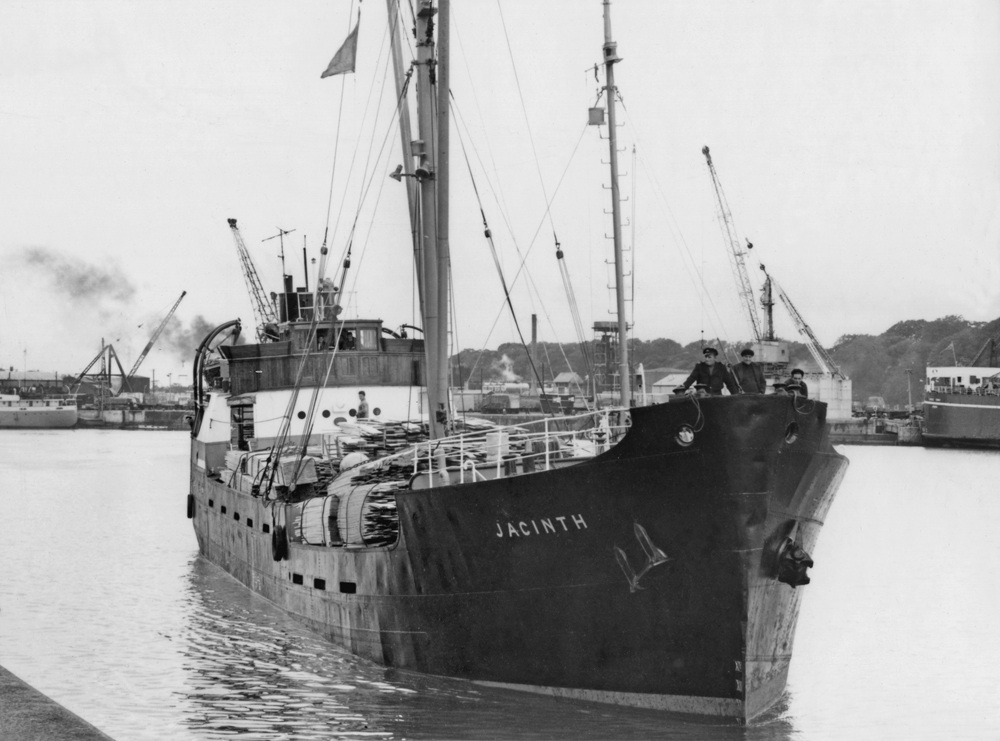 Jacinth (650/37) arriving at Preston with a cargo of Scandinavian packaged timber, an important trade for Robertsonsâ ships. The steel banded packages were secured with wires and chains, and look distinctly loose at the end of this voyage. The cargo in the forward well deck was protected somewhat by the breakwater at the after end of the forecastle. Dave Hocquard 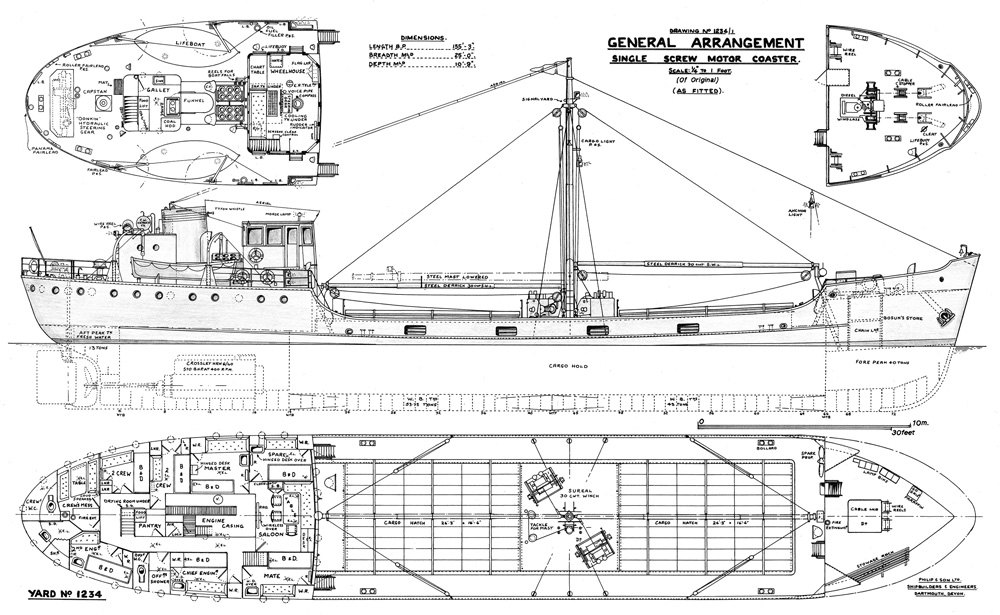 Lady Sylvia, completed in 1952, came from the yard of Philip & Son, Dartmouth, a yard more usually associated with the building of tugs and similar craft. The mast and winch platform formed part of the hatch-side girder to maintain longitudinal strength amidships. It also made it easier for those working winches to see into the holds.