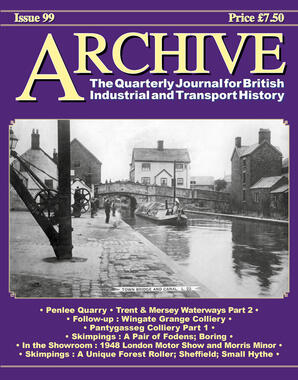 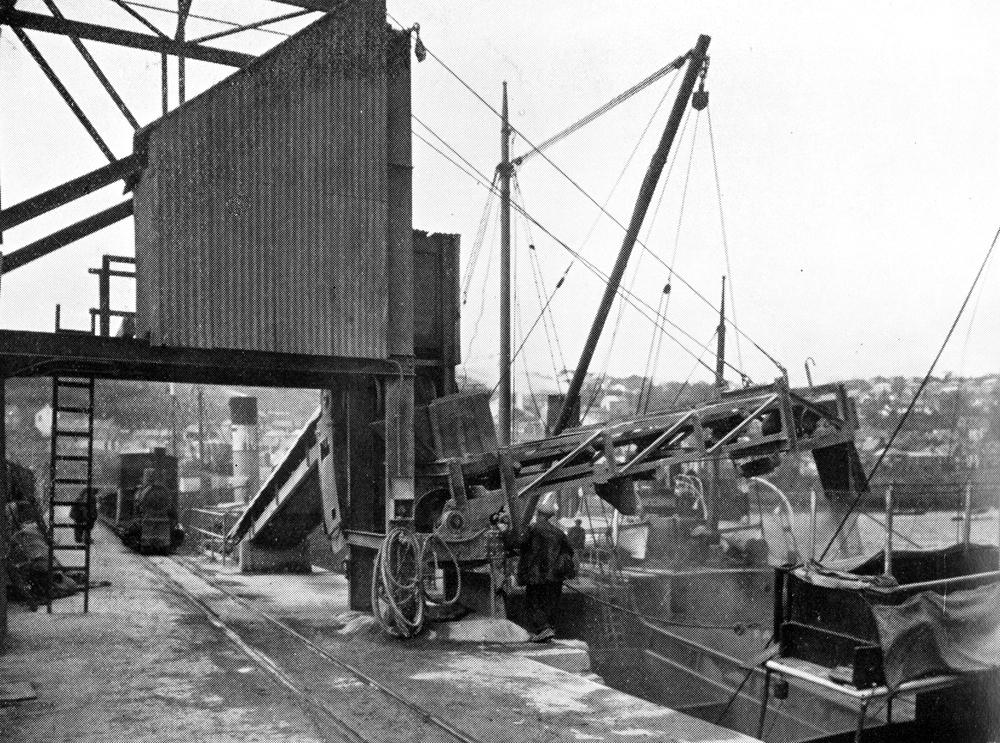 From: Penlee Quarry A conveyor loading stone into a vesselâs hold. Penlee stands with a rake of skips which are being tipped onto the conveyor. This then rises up and the stone drops into a hopper on the end of a swivelling arm that could be rotated to trim the load in the hold. 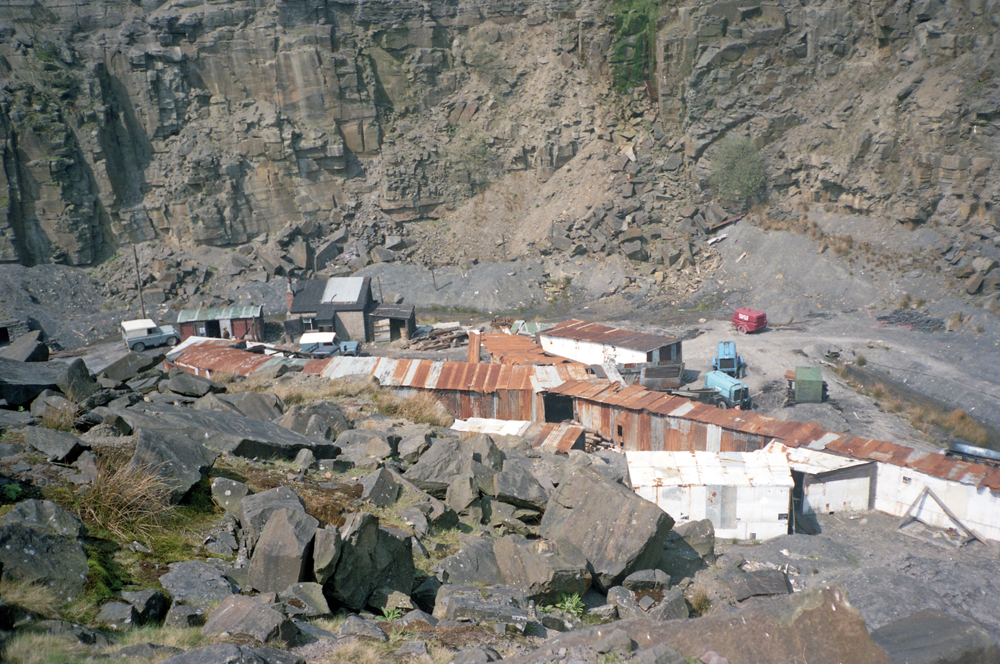 From: Pantygasseg Colliery Gaining some height and moving slightly westward I captured a view of the colliery layout for posterity. The rusty corrugated iron way running across the picture was the main track with a branch north, to a tippler. There was also a tippler at the end of the main track and a covered branch running south towards the photographer, which was where the spare drams were kept and serviced. This led to a third tippler. Between the covered way and the highwall, the office which was the concrete block building can be seen, with the horsesâ stable, a body off a second-hand BR covered wagon alongside.