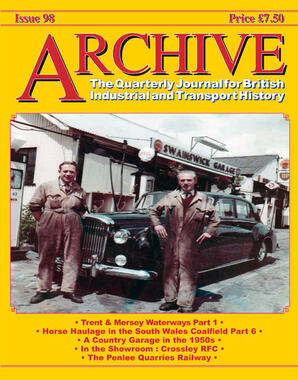 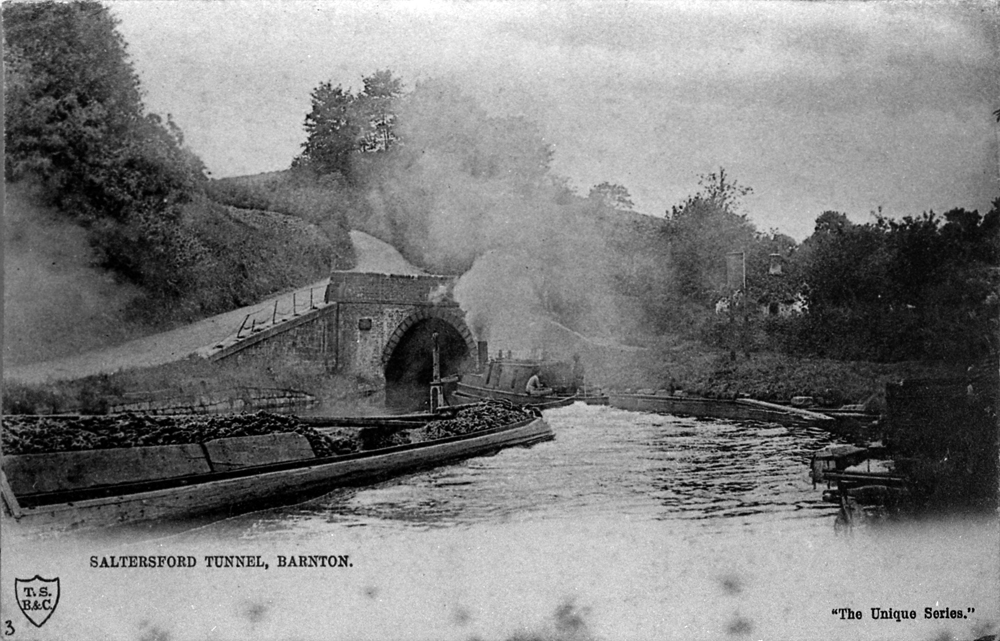 From: Trent & Mersey Waterways Further local pollution was obviously also created by the tunnel tugs. This picture of the south end of Saltersford Tunnel was taken at the beginning of the 20th century from the opposite bank of the canal close to a small dock where the tug was kept overnight clearly showing the horse path leading over the small hill pierced by the canal. The port side guide wheel of the tug can just be seen between the funnel and the mast of the following narrow boat. The tugs towed right through both Saltersford and Barnton tunnels crossing a picturesque wide section of canal between them with fine views of the Weaver Navigationâs Saltersford Locks in the valley 50ft below. This tug has pulled its train of boats through Barnton Tunnel but in order to complete the trip to the far end of Saltersford Tunnel it was necessary to fire the boiler resulting in a very smoky atmosphere in the second tunnel despite the provision of ventilation shafts. Only the first of what may be several boats in the tow may be seen. It is a potteriesâ craft returning to the Bridgewater Canal with a good load of coal. The cargo has been well heaped up against the cabin by using âslack boardsâ that, in effect, raise the height of the gunwales so that an increased tonnage may be carried to take advantage of these comparatively deep canals. Running planks laid on the cargo give access to the fore-end. The top mast is well drawn up to keep the horse towing line above any obstructions. It would be telescoped into the wooden box-shaped lower mast to clear bridges or tunnels when the boat was travelling empty. Neil Parkhouse Collection

From: A Country Garage Ernest on the garage forecourt in an MG, with the Standard Vanguard âtaxiâ in the âshedâ.