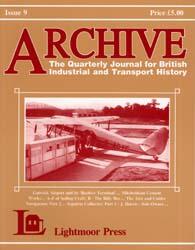 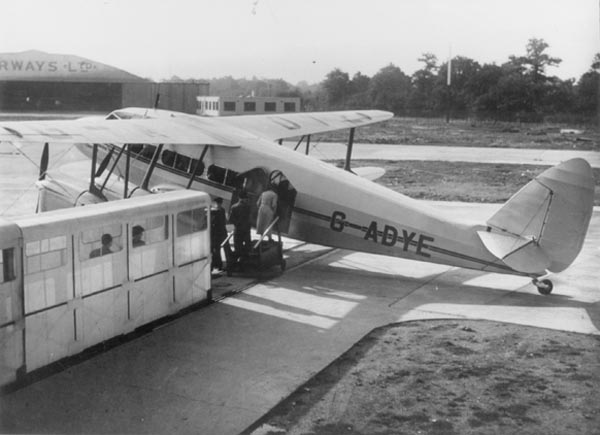 From 'Gatwick Airport and its 'Beehive' Terminal': Passengers embarking on a D.H.86 of British Airways. Note the tracks on which the telescopic passageway ran and how near to the plane it could reach, thus effectively sheltering passengers from the elements. 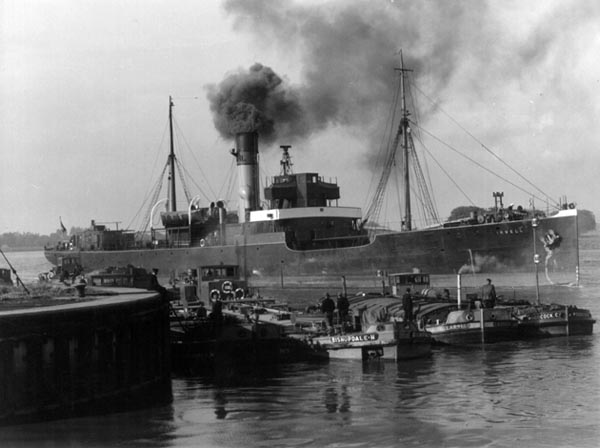 From 'The Aire and Calder Navigation': Two tanker barges owned by John Harker Limited (Patterdale H and Bishopdale H) and one belonging to James W. Cook and Sons (Woodcock C), along with E.V. Waddington Limited's dry cargo barge Earnest, loaded with wheat for a South Yorkshire mill, are seen waiting to pen up through Goole's Ocean Lock in the early 1950s. Behind, the Goole Steam Shipping Company's vessel Irwell, coal fired and of 1,092 tons, leaves port for Holland. At this time the ship was being operated for British Railways by Associated Humber Lines. Irwell worked continuously based at Goole, apart from during the two World Wars, from its arrival in 1906 until it failed a survey in 1954. Humberside Libraries