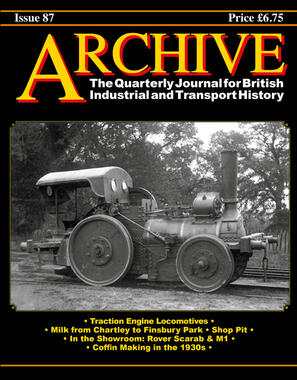 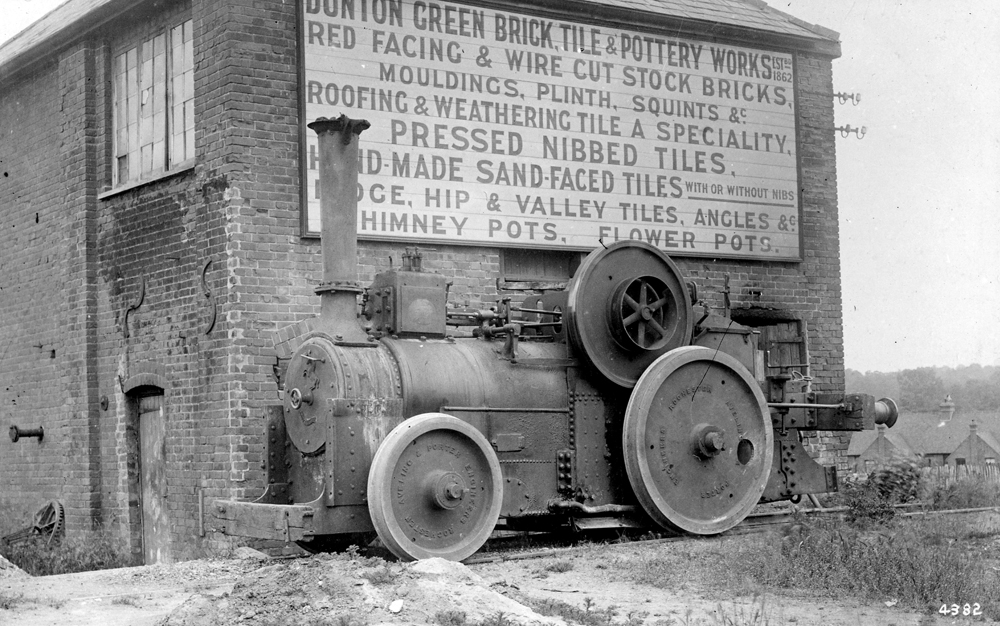 From: Traction Engine Locomotives Aveling & Porter supplied this standard gauge 2-2-0 geared locomotive, their number 1740, to the Dunton Green Brick, Tile & Pottery Works Ltd where it shunted the standard gauge connection to the SERly main line until 1927. Note the pulley fitted in front of the flywheel so it could also be used to drive a crushing plant. Notice also the standard height buffer beam at the rear for hauling main line wagons and the much lower one at the front to deal with internal user stock. John Ward collection 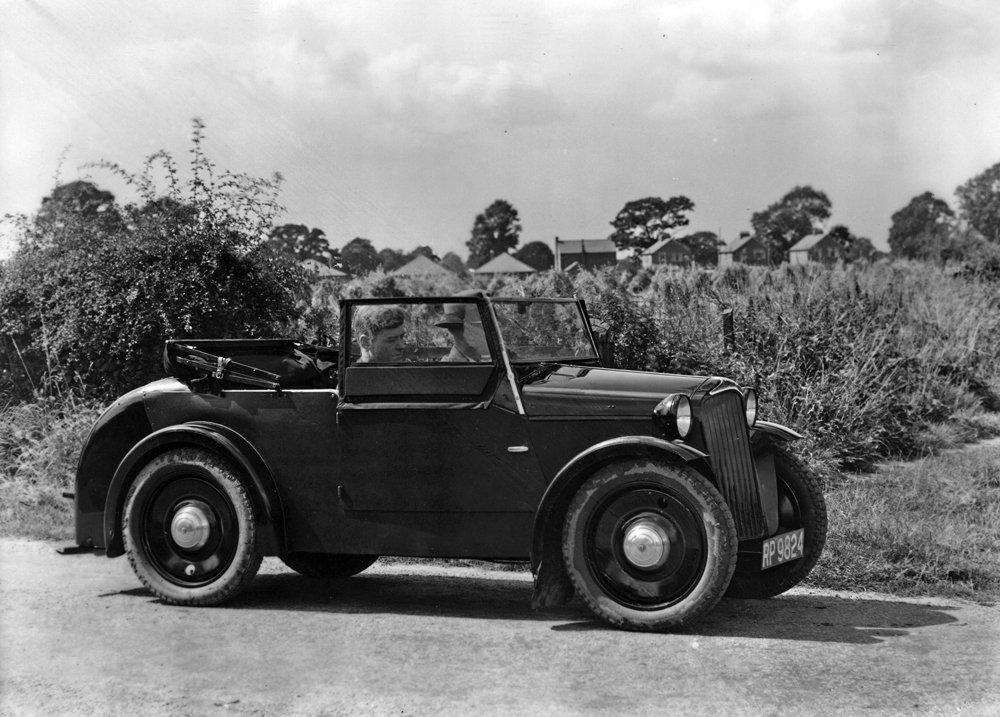 From: In the Showroom This print has been taken from a cracked glass plate negative and portrays the Scarab wearing index number RP 9824 which was issued by Northamptonshire County Council between October 1924 and March 1931. Some contemporary reports refer to there being six prototype cars constructed but others indicate twelve. Sadly, all documentation at Rover about the car was destroyed during wartime. Elsewhere there is a publicity photograph of a Scarab carrying the registration RP 9803. The semi-rural location of the photograph is unclear and therefore does not give a clue as to whether the car is being tested by Rover personnel or by members of the press. In the flesh, the Scarab with its disc wheels and priced at Â£89 arguably appears a little more attractive than otherwise seen in side profile publicity photographs. In truth, the carâs austere specification afforded little in way of comfort while the air-cooled vee-twin was criticised for its noisy and rough operation. Rover dealers were not impressed at what they saw and made their feelings clear to Spencer Wilks who, after consulting with the firmâs directors, ordered the project to be abandoned. When the decision was taken to halt work on producing the Scarab, which would have accounted for some 30,000 units, not only had a supply of brochures been printed but a number of orders had been taken for the car which had been priced at Â£89. The Rover Company Ltd/Wheelspin Automedia