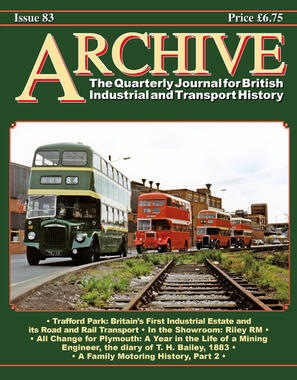 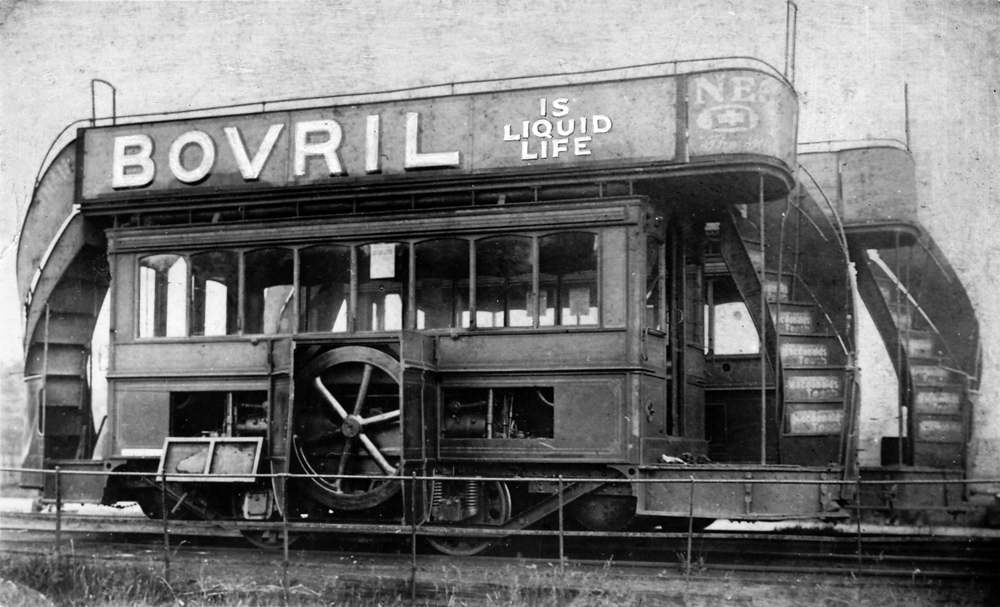 From: Trafford Park Two of the four gas trams stand side by side outside the depot at Barton. The nearer tram has the inspection panels open, revealing the huge flywheel, 4.5 feet in diameter and weighing half a ton. The engines, as developed by the German Dr. Otto in 1876, were manufactured by Gas Motorenfabrik Deutz of Cologne. The fuel was ordinary coal gas from the town supply, compressed to about 200 lbs pressure for storage in three cylindrical tanks bolted to the underframe. It was reduced to normal working pressure by patent âreducersâ under the platforms, ignition being from an electric battery. The car bodies were built by the Lancaster Carriage and Wagon Works, and seated fifty-two. It was estimated that a car could travel about twelve miles with full tanks, sufficient for two return trips on the Park tramway. The cars could travel at two speeds 6mph and 12mph, and when in motion emitted a characteristic âchug chugâ sound. Photographer unknown 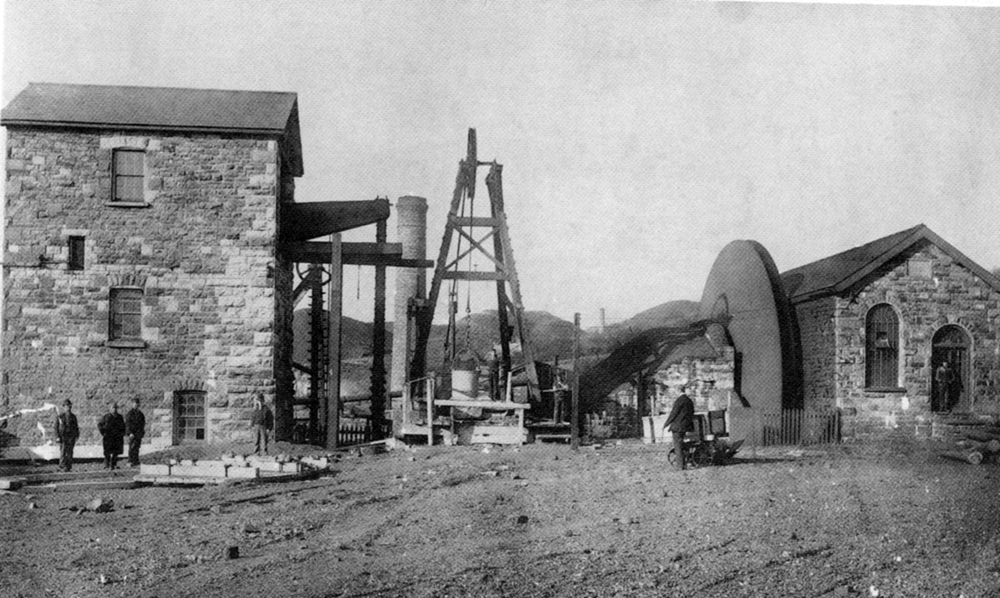 From: All Change for Plymouth North Duffryn Pits about 1890. On the left is the pumping engine, while on the right is the forty feet diameter Waddle Fan which Bailey had installed in 1885 to improve the ventilation in the colliery. The fan would have replaced the furnace ventilation system which had been employed up until that time. In the middle, the temporary headframe indicates that the shaft is in the process of being deepened to reach the lowest of the coal seams. This work was also carried out under the supervision of T.H. Bailey.