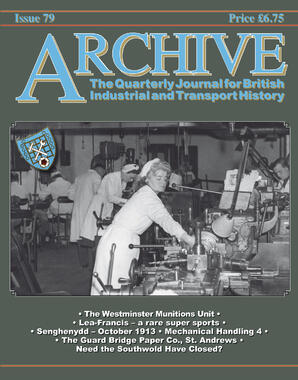 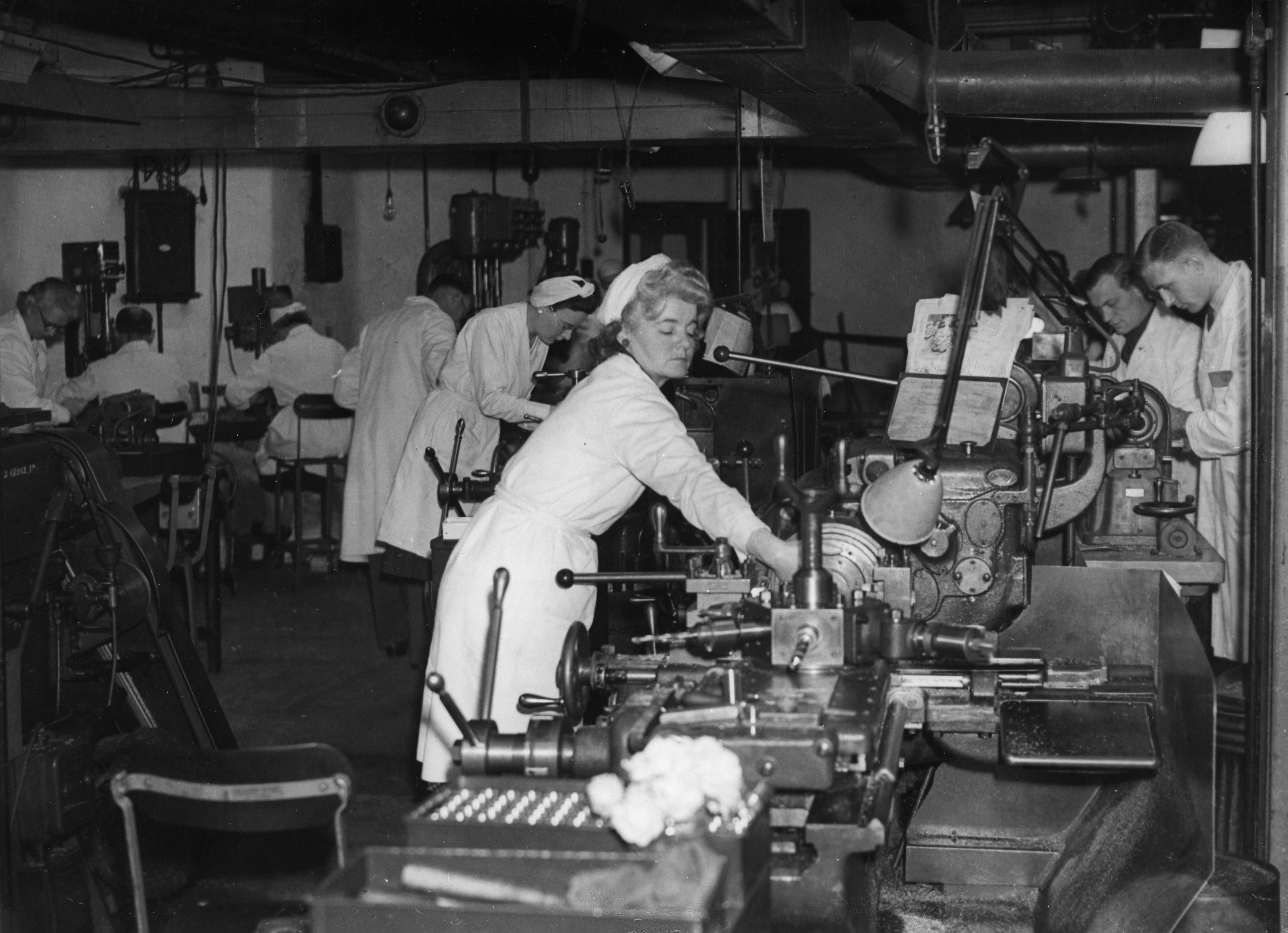 From: 'The Westminster Munitions Unit' A view across the main machine room, with the capstan lathe in the foreground, a centre lathe immediately behind, and other machines along the far wall. 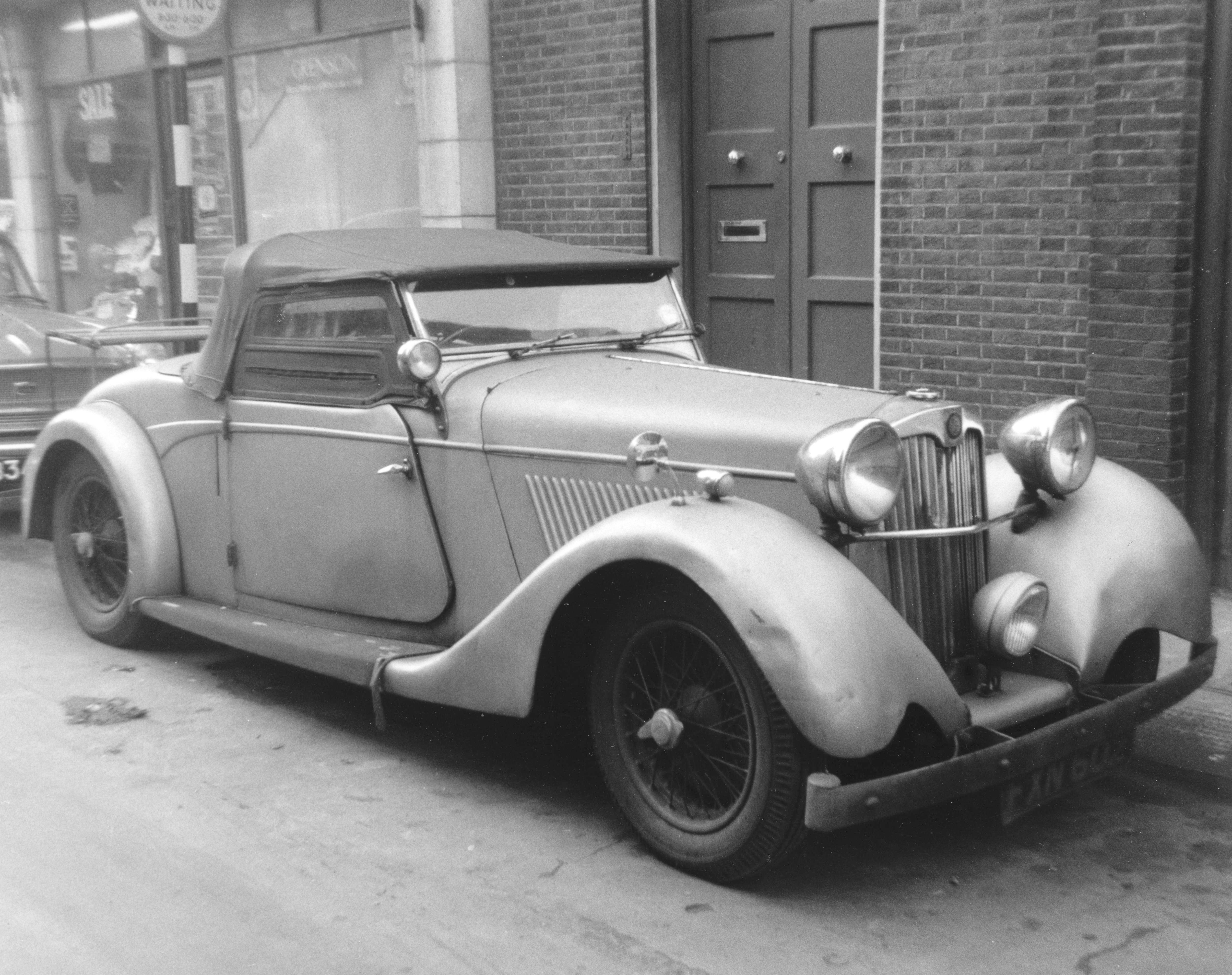 From: 'In the Showroom' One of three Corsica bodied Lea-Francis cars is depicted in this photograph taken in the spring of 1960. Pictured in the Earlâs Court district of London, the car wearing index number FXN 602 appears to be in poor condition with scars to the front off-side wing, a stained radiator grille and badly fitting door. The then owner of the car, one Kenneth Bedford, did not have garage space for the vehicle and therefore parked it on the street. Corsica, which began business soon after the Great War in the Kings Cross area of London and moving to Cricklewood in the mid-1930s, was a specialist coachbuilder employing few craftsmen. The firm was noted for its bodies that adorned many Bugattis as well as constructing the body for Donald Healeyâs 1935 Dolomite. Additionally coachwork was constructed to the order of MGâs Cecil Kimber and Malcolm Campbell. The first owner of the car was W. G. Iliffe of Kent and following a number of ownership changes was acquired by Frank Delaney in 1982. By then the car was a near wreck and it was only in early 2013 that it returned to the road in pristine condition. Nick Georgano and National Motor Museum