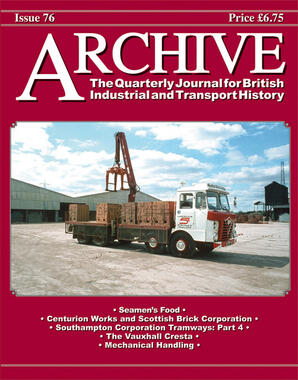 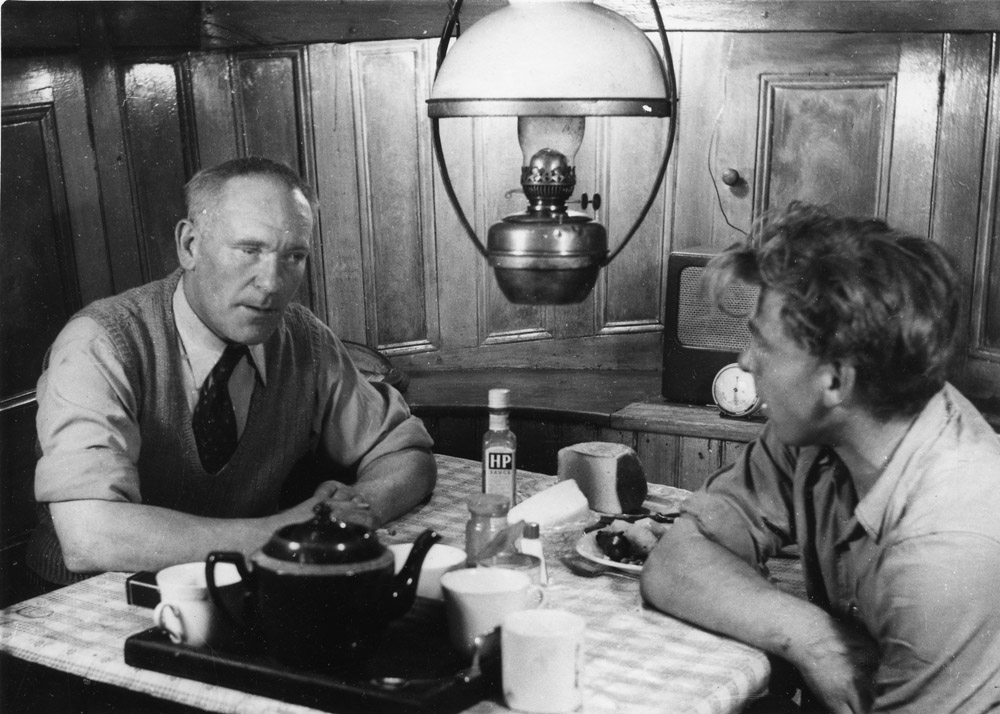 From: 'Seamen's Food' Dinner time for Skipper Fred Wilson and his mate aboard the barge Centaur in 1954. the late N. W. Hardinge 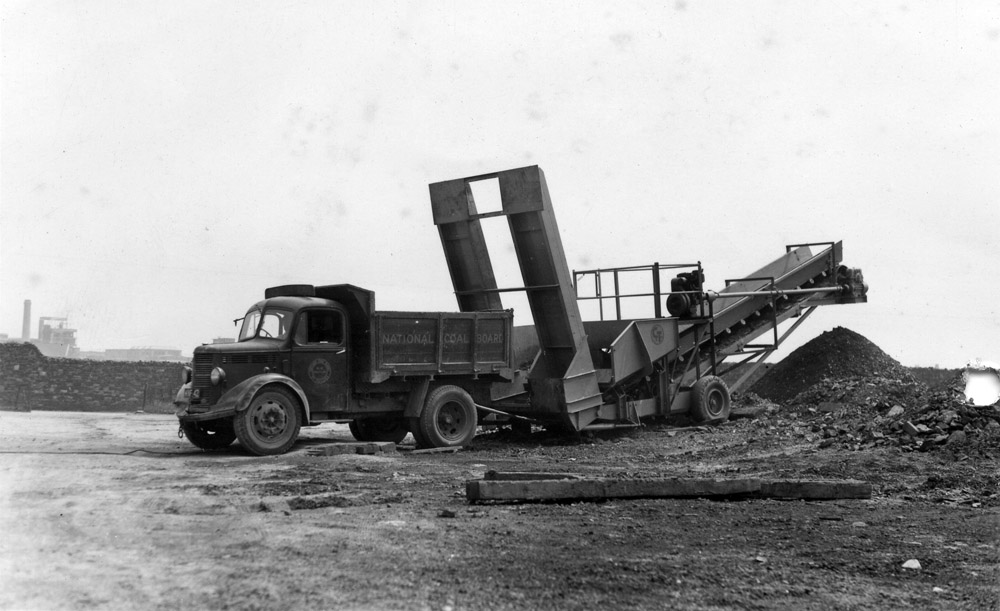 From: 'Mechanical Handling': A short wheelbase two- or three-ton Bedford belonging to the National Coal Board backed up to a conveyor which may have a screening plant attached. It is obviously delivering to the heap on the right which appears to have been graded. The lorry stands on a sleeper built loading stage possibly designed to connect with the elevated ramps which are raised. It is also connected to the elevator by a tow bar and thus may be about to move the unit. The photograph is taken in the St. Helens area, the lorry being lettered for the NCB there on the cab door, perhaps the Crone & Taylor unit had been on trial.