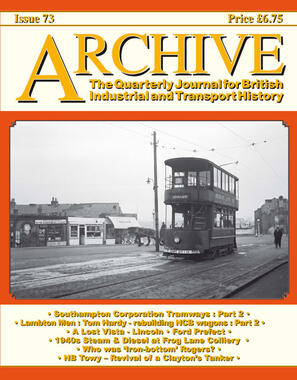 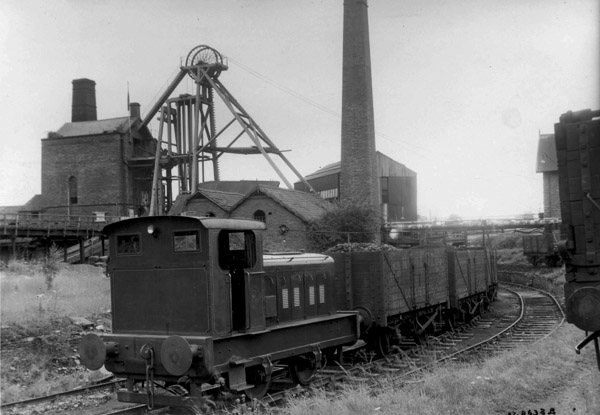 From: '1940s Steam & Diesel at Frog Lane Colliery' : This 17-ton 88DS class loco was ex works on 27.11.1946 and the image is an official one taken some time in 1947 and shows a splendid collection of wagons as well as a very nice view of Frog Laneâs 85in. Cornish Engine house and the pits single wooden headgear. The RH loco was driven by Jack Shaw â the shunter in the view of Lord Salisbury. Jack left the Colliery company in 1942 to serve in the Royal Engineers, at one stage assembling US built steam locomotives on the Gold Coast. Because of Jackâs experience fitting diesel engines onto dumb barges used by the RE for transport on the D-Day beaches, when he returned to the colliery after demobbing he was asked to take charge of the new diesel loco early in 1947. At this time Jack and his new wife were resident in the Weighbridge Cottage at Bitterwell, it must have been quite a novelty to be able to stop the loco outside his home for a quick cup of tea or a sandwich! Jack was responsible for maintenance of the diesel and apart from a damage free runaway when he forgot to put the handbrake on, its short life at Frog Lane was uneventful. Like Lord Salisbury it migrated to the NCB Somerset Area in 1950, reportedly working at Old Mills and Kilmersdon Pits before transferring in 1968 to the South Wales where it survived until the 1980s. Ray Hooley/Moseley Railway Trust 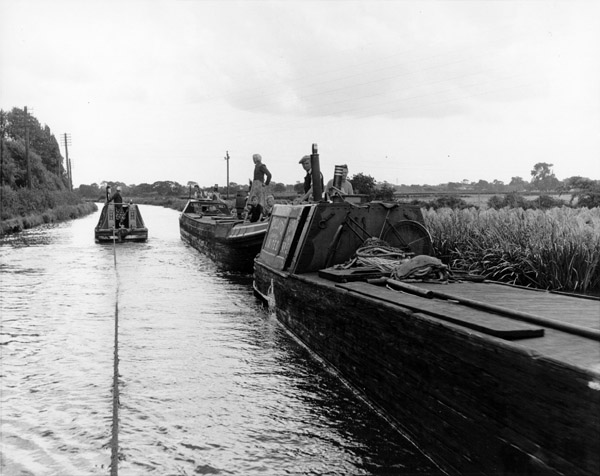 From: 'NB Towy - Revival of a Claytons Tanker' : A glimpse of Towy and its butty Kubina at some point in the 1950s when they were crewed by the Berridge family. Note the large barrel on Kubinaâs deck, which was used for storage. Mr and Mrs Berridge raised six children on these two boats.