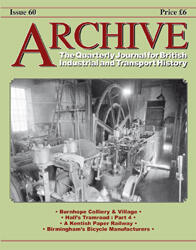 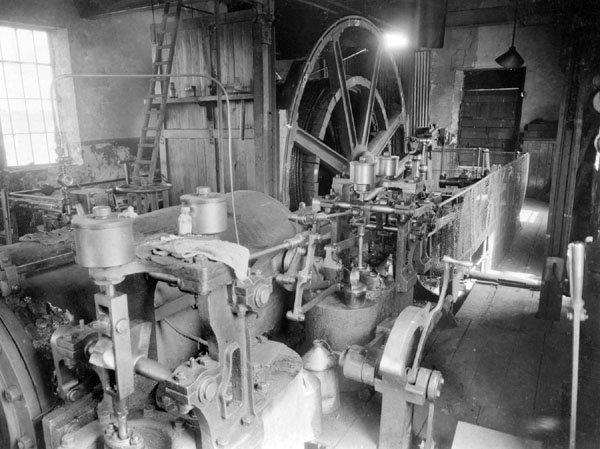 From 'Burnhope Colliery and Village': The single horizontal cylinder winding engine at the Annie Pit was built by J. & G. Joicey of Newcastle upon Tyne in 1868. This view was taken in 1949 from the driverâs position. On the far right, in the background, is the depth indicator which showed the driver the position of the cage in the shaft (see also the next picture). National Monuments Record Centre, George Watkins Collection, WAT 375C. 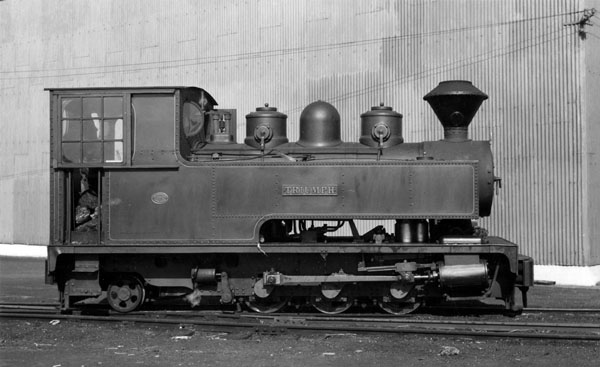 From 'A Kentish Paper Railway': A nice portrait view of Bagnall 0-6-2 Triumph at the Kemsley Mill in August 1951. Built in 1934 it was supplied new to the railway which was then owned by the Berry family who had taken over the mills from Edward Lloyd. The sliding cab window looks to be a local amendment to the original design (a similar window being fitted also to Alpha as seen later) and was undoubtedly to keep the biting winds which cut across the marshes alongside the Swale out of the cab. All of the locomotives used around the mills were fitted with spark arresting chimneys due to the high fire risk. Frank Jones