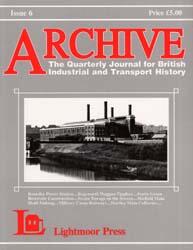 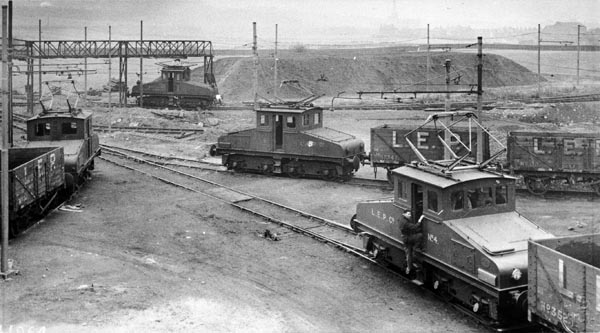 From 'Kearsley Power Station': A superb view, almost certainly posed and showing the Company's entire motive power fleet. In the background, No. 1 still carries her original livery but is in scruffy condition having probably not had a repaint during the war years. On the left No. 2 looks in similar condition and even No. 3, although only a year old, looks a little careworn. By contrast, No. 4 is smart and shiny. The common-user policy with private owner and other goods wagons, which evolved into a general pooling of rolling stok during the war years, seems to have by-passed the L.E.P.Co., completely. This is possibly a result of the wagons only being worked over a short distance on what was virtually a sealed system, between the power station, Kearsley Junction sidings and the collieries served by the Kearsley branch. Certainly none of the pre-1948 photographs show anything other than wagons in the Company's own livery. The diminutive size of these engines belies their tough nature. They could haul trains of up to 300 tons (although due to siding restrictions they rarely came within half of that) and it should be realised that, all the while Kearsley Power Station was settings records for production, these hardy locomotives were scuttling around the site keeping up with operations. Industrial Railway Society, Brian Webb Collection 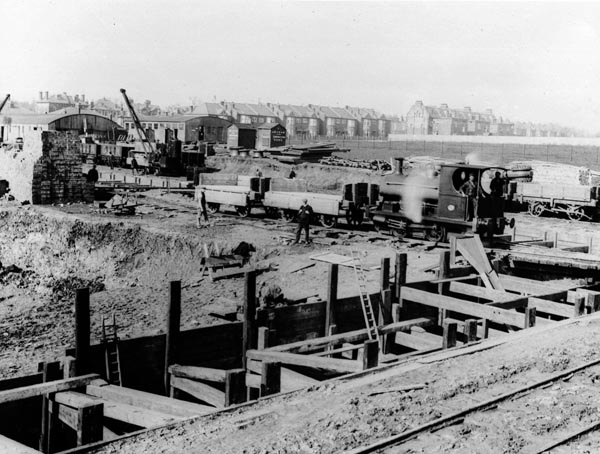 From 'The Construction of Fortis Green Reservoir': A view taken looking north-west during the early days of the construction towards the end of 1906, showing the excavations for the reservoir still in progress although the shuttering for the eastern wall appears virtually complete. Stacks of supplies and materials are evident and the buildings housing the stores and the workshops are prominent behind. Two steam cranes can be seen at work, the jib of one just peeping into shot on the extreme left, the other hard at work unloading main line wagons. The Derby has just manoeuvred a couple of wagons into position for loading with bricks. The locomotive shows signs of still wearing her standard Peckett livery and steam is escaping from the injection overflow pipe. Note she carries both sprung and dumb buffers. The houses in the centre and right background from Lynmouth Road, the west side being virtually complete but only three pairs have been built so far on the east. The vacant land beyond the open fence is now occupied by Lauradale Road. Thames Water Archive