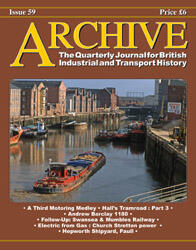 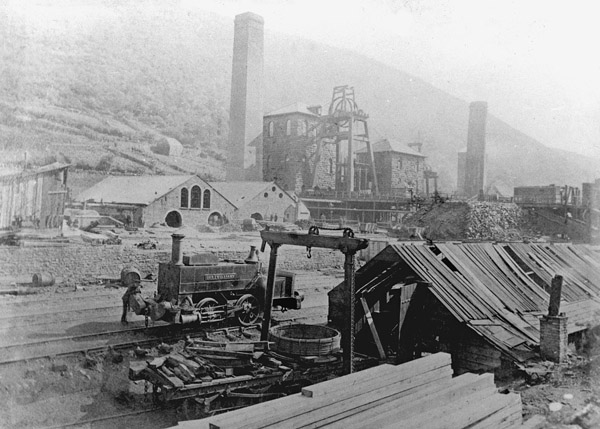 From 'Hallâs Tramroad: Abercarn': A certain amount of care and maintenance was obviously carried out although the pit was not in production, which included looking after the colliery locomotives. The origins of Gen. Williams, an outside- cylindered 0-4-0 âbox tankâ locomotive are a little obscure but it is thought likely that it is one of the eight Neilsonâs of Glasgow engines, supplied new to the Ebbw Vale Iron & Steel Co in 1855-6. Prince of Wales was one of their pits but after the explosion, it was leased to the Abercarn Coal Company and it was they who eventually re- opened it. The fate of Gen. Williams is not known but during its time here, it may have been responsible for hauling the odd wagon of coal up to Hallâs Tramroad.

From 'Electric from Gas': Church Stretton Electricity Works with the hills to the west of the town in the background. The buildings do not fit the usual pattern of an electricity generating station bearing greater resemblance to a school or a village hall. It is assumed that the house alongside was for the engineer. The slightly lower front half of the building contained the offices, meter room and battery room whilst behind was the engine room and the gas producer room.