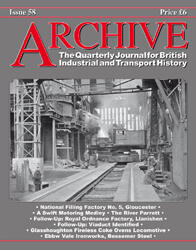 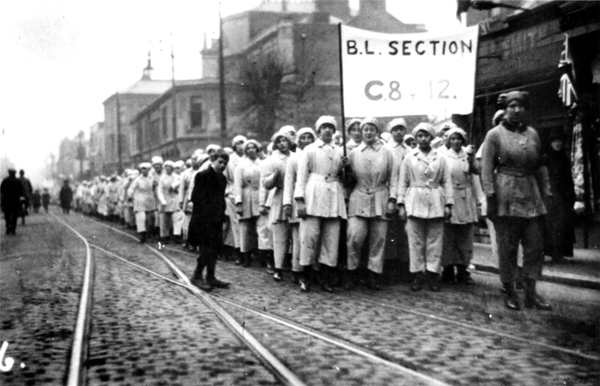 From 'National Filling Factory No. 5': A scene from one of a series of postcards depicting the procession of Quedgeley munition workers through the principal streets of Gloucester prior to a thanksgiving service at the cathedral on Saturday the 16th November 1918. 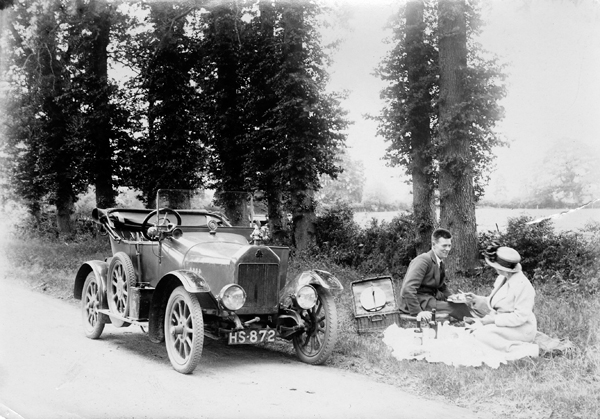 'From A Swift Motoring Medley': The Swift tourer wearing registration number HS 872 features heavily in this selection of photographs, and in this instance depicts a happy and relaxed young couple enjoying a roadside picnic. The First World War had proved the worthiness of the motorcar, especially as motor vehicles had contributed so effectively to the war effort. Thus, in the early 1920s, the motorcar became less the preserve of the wealthy and was accessible to greater numbers of people than in pre-war times. Features of the car include an external right hand brake lever, side-mounted spare wheel and tyre, and a petrol can. Carrying a can of petrol was essential as garages dispensing petroleum spirit were relatively few and far between. Note the location of the spare wheel, which meant that entry and exit to and from the car was via the door on the passenger side, allowing occupants to alight in safety and not in the path of an on-coming or overtaking vehicle. Such an arrangement prevailed into the second half of the twentieth century with luxury cars the like of Rolls-Royce and Bentley, these vehicles having just one external door lock which was positioned on the front passenger door. Thus the driver could lock the driverâs door from inside the car and slide across the front seats to leave the vehicle on the pavement side. In this photograph the contents of the picnic hamper reveal an appetising feast, not least the bottles containing an interesting beverage, possibly cider or beer.