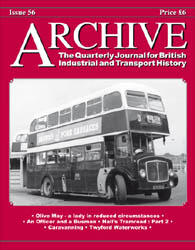 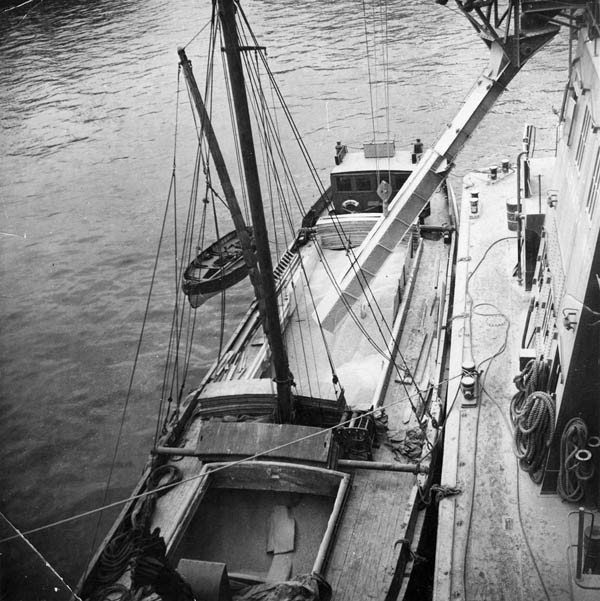 From 'Olive May: A Lady in Reduced Circumstances': The Edith May loading wheat for Rochford, Essex from Loch Gowan atÂ the Royal Victoria Dock, January 6th, 1961. Note the position of herÂ mast and derrick and her conventional cambered hatches. Patricia O'Driscoll 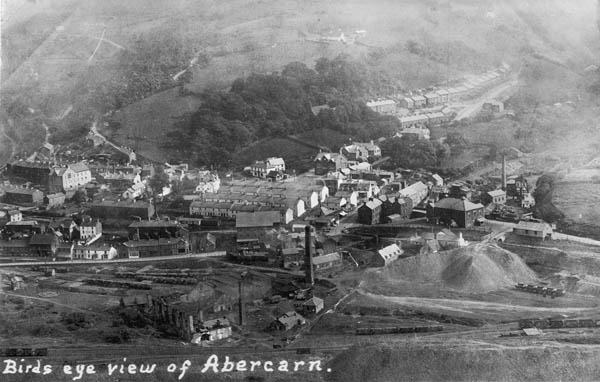 From 'Hall's Tramroad': This âbirdâs eye viewâ of Abercarn is looking from much higher up the mountainside than the view on page 34 but otherwise shows a similarÂ  part of the village. The old Lower Works was replaced by a moreÂ  modern complex in or about 1910, so the photograph was taken some time just prior to that, probably around 1908-9. The left-hand groupÂ  of buildings certainly look derelict and roofless. The branchÂ  tramroad serving the Acid Works ran up the street just behind theÂ  coal wagons and in front of the shops, crossing the canal in theÂ  centre, just to the right of the top of the chimney stack and thenÂ  running on on the lower slopes of the hillside in the background.Â Hall paid the Monmouthshire Canal Co. 6d per annum wayleave for hisÂ  tramroad to cross the bridge over the canal along this line. The AcidÂ  Works itself lay a little further up the valley, to the right. In theÂ  right middle distance can be seen the stack and headgear of AbercarnÂ  No. 1 Pit, also sometimes called Quarry Pit. The mounds to the rightÂ  of the picture appear to be the waste from this mine, which have beenÂ  carried across the canal bridge visible just the other side of themÂ  and dumped on part of the old Lower Works site. The old route of theÂ  tramroad to the canal basin would have been buried beneath the spoil heaps. The furnace, through which the line was said by John LlewellinÂ  to have been lowered to pass through, would have been to the left ofÂ  and slightly nearer the village than the larger of the two stacks,Â  almost in line with Bridge Street (see Tithe Map). Robin Williams Collection