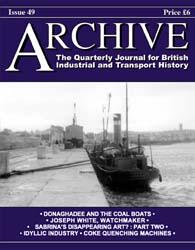 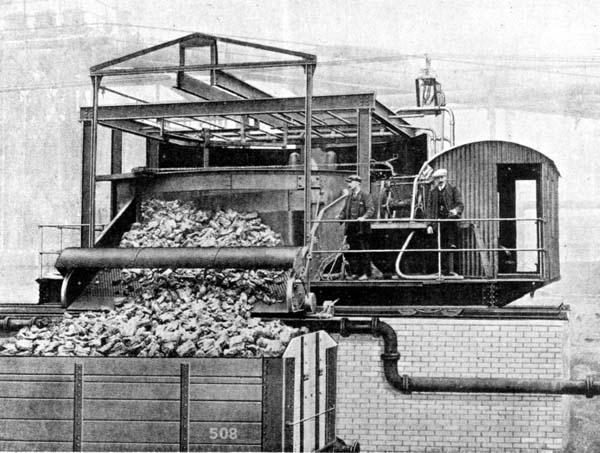 From 'Coke Quenching Machines': A Goodall Machine at the Tudhoe Plant of the Weardale Coal & Coke Ltd. Having cooled, the coke discharge takes place into the waiting wagon. A second operative has appeared and current pick-up arrangements above the machine can be seen. 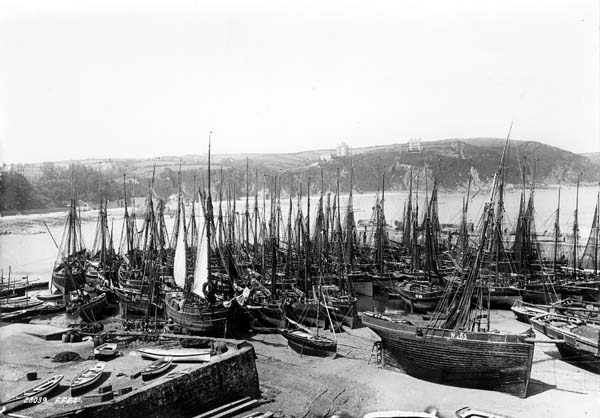 From 'Sabrina's Disappearing Art?': Tenby Harbour at low tide in the late nineteenth century with a great crowd of fishing boats moored there. Among the larger trawlers from far away ports (the sloop in the foreground is registered at Waterford, Ireland) are lying some of the oyster luggers which fished the beds offshore and to the West at Stackpole.