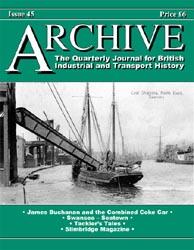 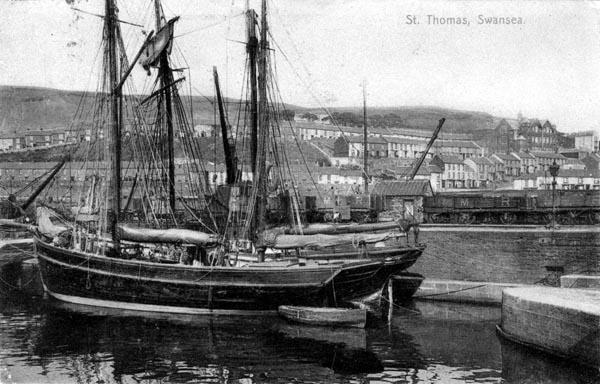 From 'Swansea to Seatown': The South Dock about 1900 showing two ketches which were probably in the coastal trade, waiting to load coal. The name of the nearest vessel cannot be made out but the second one carries the name Elizabeth ------ on the counter stern. She also carries a partially furled square topsail on the main mast and the top mast on the mizzen has been sent down, presumably for repairs. The ship's boat tied up to the nearest craft is of heavy construction but, since it is not being carried on deck, the ship is probably in trade within the Bristol Channel. 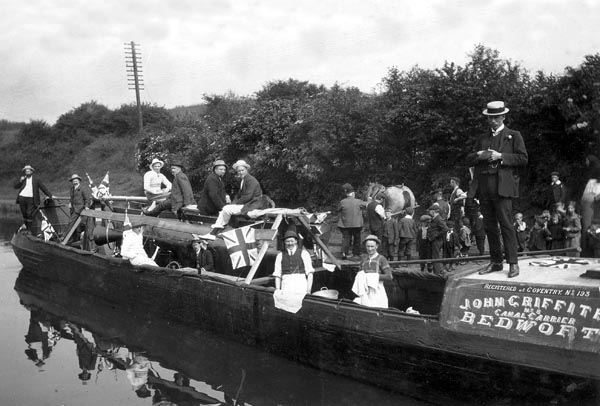 From 'Skimpings': This photograph was taken on a private trip on the Coventry and Ashby canals on 9th July 1910. The purpose of the trip was obviously 'pleasure' and the all male group were obviously quite 'well-to-do', possibly a society of some sort, although nothing is mentioned in the brief pencil-written caption on this, and other photographs from the same time. They do, however, contain much of both social and canal interest, the latter not least because views of the Ashby Canal are rare. The 30 mile long Ashby Canal opened on 9th April 1804 and ran from Moira, in Leicestershire, to a junction with the Coventry Canal at Marston, near Bedworth, in Warwickshire. Near the northern end, various tramroads connected with collieries and limeworks, near Coleorton and Ticknall. The first couple of decades of the canal's existence were plagued by financial problems and the first dividend on the shares was not paid until 1828. Thereafter, whilst there was a significant improvement, the proprietors were quick to sell out when the newly formed Midland Railway, keen to protect its dominant position in the Leicestershire coalfield, came calling in the mid 1840s, the railway company purchasing the undertaking for Â£100,000 in 1846. The view above is captioned 'near Bedworth', suggesting that it may in fact be on the Coventry Canal. The embankment behind is probably a railway, which would make the location about half a mile south of Bedworth. The party has hired Bedworth-based canal carrier John Griffiths' boat No. 193 for the day and they are obviously intent on enjoying themselves to the full. They have equipped themselves with a wind-up gramophone, bedecked the boat with bunting and flags, and have also employed a couple of worthies to serve them drinks and food. Note the group on the towpath gathered to watch what was almost certainly their departure.